The King of Fighters Collection: The Orochi Saga Review

by Jeff Gerstmann on January 17, 2009
Share:TwitterFacebookReddit

If you're after some quality 2D fighting, KOF Collection offers that, but the package comes with some caveats that make it a little unappealing.

This King of Fighters collection from SNK Playmore offers the first five games in the series, starting with The King of Fighters '94, going through the Orochi Saga that drove the stories behind '95 through '97 and ending with the "dream match" of KOF '98. While the annual nature of the King of Fighters series doesn't quite make each preceding year totally obsolete, it's tough to go back to a lot of the earlier games in the package, especially when '98 is so much better than its predecessors. So it's hard to justify paying $30 on the PSP and Wii (the PS2 release is only $20), even if you're the sort of 2D fighting aficionado that considers KOF '98 a true classic and one of the greatest games of all time.
After a brief video intro, you're dumped into a selection screen where you can choose which of the King of Fighters games you wish to play. Or you can opt for a challenge mode, which gives you specific requirements, such as winning a fight with all of the lifebars and other on-screen elements disabled, or a set up where enemies only take damage if your super gauge is completely full. Completing these challenges unlocks artwork and music for you to check out in a gallery. Not to get too far off-track here, but does anyone actually look at unlockable concept art anymore? Zooming in on shoddy scans of promotional posters has never been my idea of a good time, even for games that have plenty of high-quality concept art to consider.
If you're already familiar with these SNK classics, then you know what you're in for. While never achieving the level of popularity of Capcom's Street Fighter games, the KOF series offers up some wonderful 2D fighting with tons of characters, especially in KOF '98, which brings together over 30 different characters without relying on a lot of duplicates or clones. The fights take place in a team battle format, with each side choosing three fighters, then the order in which they'll appear. It's an interesting format because it forces players to learn at least three characters, rather than just relying on one to succeed. The games can get a bit more technical than most other 2D fighters, with multiple ways to use your stocked up super attacks and, occasionally, more-difficult controller motions than the standard "double fireball" sort of stuff that's the norm in today's fighters.
The games in the collection are emulated from the original Neo Geo versions, and they run in arcade mode. The emulation isn't perfect, and it's slightly different between versions. The PSP and PS2 versions of the game stop to load a lot more frequently than the Wii version. The PSP has pretty long load times when jumping into a game, too. For some strange reason, the PSP and PS2 versions have the buttons backwards in their default control settings (which can be easily fixed).
The Wii version is missing a few things here and there, like the red and white flashing that occurs whenever a fight ends in KOF '97. Also, the Wii version offers a lot of different control options for players using a Wii Remote or a Remote plus a Nunchuk. These options are all terrible. The game supports GameCube controllers, but a Classic Controller is the best bet for proper button configuration. Lastly, the Wii version doesn't offer any in-game options for changing aspect ratio. If you have your Wii set to widescreen, the game will stretch out its original 4:3 aspect ratio to fill the screen, forcing you to either reset your Wii's screen setting or adjust your TV if you want things to look proper.
So no version is perfect, but the faster loading makes the Wii version the best choice, provided you've got the right controllers on-hand. Also, it's nice to get a collection of good, classic 2D fighters on the Wii, which doesn't have a ton of games like this. That said, it's still sort of hard to recommend the collection, especially if you already own KOF '98 in another format. The $30 price point on Wii and PSP is a bit much, and PS2 owners would probably be better off waiting for the updated version of KOF '98, called Ultimate Match, which Ignition is scheduled to release later this year.
Jeff Gerstmann on Google+
Log in or sign up to comment

Whoa, didn't know this one was out! I might have to pick it up as a big KoF fan. Haven't played '98 in quite a while.

Yet another game reviewed that I had never heard of.

I am kind of curious in seeing how the older games in the series hold up.
But should I really bother with this, or just wait for KoF 98 Ultimate Match?

It's ironic how SNK just screwed over anyone who bought any of these games on the Virtual Console.

I'm just going to wait for King of Fighters XII instead.

Oh and no...concept art is pretty useless, Unless im super into the game that has it...but that's rare.

If I want to look at concept art, I can usually find it on the Internet. Like on Giant Bomb!

Because of the lack of games like this on the Wii, I'd buy it in a heartbeat if it included online play, especially with Wii Speak. But I have KoF 99 for the PSX and wasn't all that impressed. So... why would I get this when I already have an offline 2D fighter for my Wii?

I see the PSP version of this in Wal-Mart's bargin bin all the time.

Other than that, great review!  You've successfully persuaded me not to drop $20 on the PS2 version since the emulation is iffy and the loading is lengthy.

I love this game, just wish they would redo it for 360 as I got rid of my PS2 a long time ago.

Doubt I'll be picking this one up. Thanks for the review, Jeff!

Its nice they have these collections but knowone is going to buy these. I mean it only appeals to the hardcore fans

I'll just wait for KoF 98 comes to XBLA.  It's supposed to come out this year I think.

I picked it up earlier this week.  Dropped $20 for the PS2 version.  I’m not complaining.  Five games for twenty dollars ain’t bad, IMO.  Sure, like Jeff said, the emulator isn’t perfect, and for me, it wasn’t such a big deal that it ruined the experience of playing the game.

Thanks for the review Jeff!

Although I have heard of this series for a long time now, I have never actually owned and played any of the King of Fighters games. Would this be a good start for me?

I'm getting the Wii version, screw the Wii Remote controls, including the lame Classic Controller.


I will use either one of these options-

Where the hell is the Samurai Shodown Anthology on Wii??? I have been waiting ages and there has been no word on the title.
12 years ago

KOF 98 is probably the best KOF ever, and one of the best fighting games ever. It makes it kinda hard, as Jeff says, to play the ones before it. They aren't bad by any means, but the series really didn't make an impact until '98. I *think* 2002 came out in a package with 03 for the PS2, and 02 is basically 98 all over again, just updated with some newer characters and sprites. Both are worth checking out, and both are great for getting into the series.

Oh, I'd also like to throw my opinion out there that the Orochi Saga is probably the best fighting game story arc ever. Sure, it's a little convoluted, but not any more than any other fighting game. You'd probably need a wiki to keep up with it, but I think people such as myself have written some of that on this particular video game website...about video games.

I think I'm the only person on earth who plays some fighting games (KOF, Guilty Gear) for the plot, so this actually has a lot of appeal to me.
Unless it's like KOF 99 for the Dreamcast where they colored all the blood blue which was every bit as ridiculous as it sounds.

$30 for the PSP version isn't that bad when you consider what they charge you $30 for crap on DS a lot of the time. I would rather of had the KOF '98 Ultimate Match on PSP too, having that in the palm of your hand would be sweet!

Oh Linkyshinks, I remember that snes gamecube controller. I remember around the time that megaman x collection was coming out everyone on gamespot was saying they were gonna buy one. Thats the one cause its a hori one. Looks awesome. I saw no need for it for megaman x but its still awesome. And ive never seen that fighting stick. thats awesome. But classic controller is cool.

The only game you want of this compilation is kof 98, and kof 98 um ( a definitive version of that game) will be coming to xbox live in march or so.
http://www.youtube.com/watch?v=lyGxY401LZA

Edited By Linkyshinks
MasturbatingBear, I don't think I will ever get used to the Classic, those sticks and the feel are not for me.
12 years ago

And AGAIN the F***ING LAWSUIT against Nintendo's controllers hurts it... again.

I wonder if they ever intend to make another controller option for it... again?

Im more of a fatal fury kind of guy.

So SNK/Playmore fucks up yet another classic SNK series when porting to the PSP.

After the Metal Slug Anthology loading issues (where it loaded like every five goddamn seconds) I haven't looked at SNK/Playmore games. Seriously, screw them. Is it that hard to license an emulator and have it running arcade perfect?
12 years ago 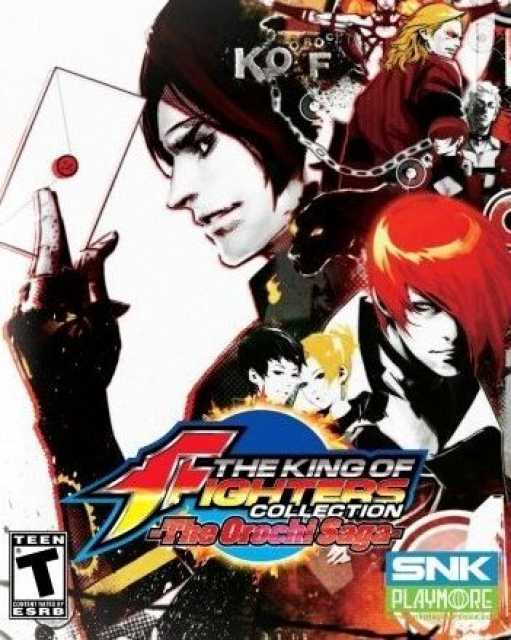 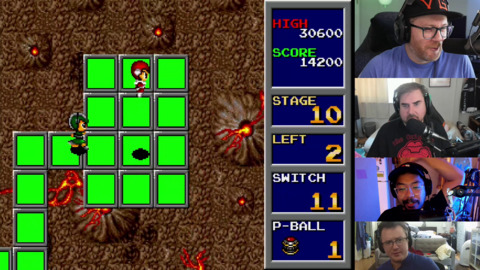