by Ryan Davis on July 11, 2009
Share:TwitterFacebookReddit

EA skillfully fleshes out the formula for The Sims with its latest iteration, bringing it closer to an actual game than the PC series has been, without diminishing what makes it so broadly appealing in the first place.


It's difficult to be critical about The Sims in the same way you would other games. While there are certainly some fascinating and sophisticated machinations in place, The Sims has always been more sandbox than game in a traditional sense. The crazy popularity that the series has consistently experienced over the years also begs the question: Just who is a review of one of these games meant for? So, before we get any further here, let me just say this. If you liked The Sims 2, you're probably already playing The Sims 3, and loving it, because it's basically that game, but with better technology and deeper options throughout. They haven't--as is always the fear with sequels to popular games--broken The Sims. But, if The Sims has never done anything for you, or its particular brand of suburban bliss has kept you at bay, this might be the one to change your mind.

Because there are so many different ways to play The Sims, I feel like it's worth shedding some light on how I've tended to approach the series, which I suspect is somewhat atypical and maybe a little sociopathic. Generally speaking, I've always treated The Sims as more of a game than it's probably intended. I'll focus my efforts on a single sim, with the self-imposed goal of maxing out my sim's skill meters, career path, and relationship status. Interior design and playing dress-up are of little concern to me, unless it's for stuff that has a significant impact on my sim's personal growth. For this reason, I rarely expand on the modest house you start out with, unless it's to fit more functional stuff in there. I treat social interactions strictly as opportunities to get all the other sims in the neighborhood to be hopelessly infatuated with my sim. Like I said, a little sociopathic, and maybe more of a glimpse into my own psyche than I'd care to admit.

There's nothing about The Sims 3 that would stop me from playing this way, and it doesn't appear to have done anything to disrupt any other play styles you might've become accustomed to. You can still treat your sims as little automatons that you micromanage and force to behave in whatever weird, transgressive fashion you see fit. But what's most interesting to me is that, in addition to a myriad of sliders to determine what your sim looks like, part of The Sims 3 character creation process now involves giving them some personality traits of their own. There are dozens to choose from, both good and bad, as well as the gloriously broad field of grey in between. You can make your sim the apex of perfection if you so desire--an athletic, charismatic achiever who's a great kisser and handy around the house--or you can go with a barely-functional social pariah who mooches off friends, hates the outdoors, and breaks down at the first sign of adversity. Personally, I found somewhere in the middle to be the most interesting.

Many of these personality traits won't have a huge impact on the overall play experience, but they add a great deal of texture to the sims themselves. The neurotic personality trait is my personal favorite for this very reason. A neurotic sim is still perfectly functional, save for the occasional compulsion to check the pilot light, wash his or her hands repeatedly, and indulge in a brief freak-out to calm the nerves. It's funny, and there's a kernel of truth to its impact on your sim's life. There's an option to adjust the amount of autonomy your sims have, but I found it most interesting to crank it all the way up and see how my funny, neurotic couch potato behaved.

The unique combination of personality traits you choose will go on to inform both your sim's everyday and lifetime wishes. Everyday wishes will pop up on the game's menu bar as you play, and can include improving your relationship with another sim, getting a promotion at work, spending some time watching TV, or ordering a pizza. Lifetime wishes are more significant, usually concerning maxing out certain skills or professions. Fulfilling both the everyday and the lifetime wishes earn you points that you can then sink into various perks for your sim, ranging from free lunches for life at restaurants to a teleportation pad that lets you travel anywhere instantly. I feel like the wishes help provide some focus to the gameplay in The Sims 3, even if the implementation is a little contrived at times. You can only have four active everyday wishes at a time, which makes a certain amount of sense, though my hunger for points lead me to choose the wishes that were easier to fulfill rather than the ones that were potentially more interesting. Again, this might speak more about me as a player than The Sims 3 as a game.

There's better technology under the hood in The Sims 3, which makes it an incrementally better-looking game than The Sims 2, though it also allows for a more seamless world. The insides of most non-residential buildings are still a mystery, which only really seems like a significant missed opportunity when it comes to your workplace. You'll need a nine-to-five to keep the fridge full and the bills paid, and as with past entries, the specifics of your workday are still a bit of a sausage factory, though you can choose, on a day-to-day basis, whether to bust your ass, suck up to the boss, socialize with coworkers, or just take her easy, which can impact both your sim's mood at the end of the day, as well as your sim's job performance.

Many of the other changes and additions that The Sims 3 makes are just logical extensions of what the previous games offered. One of the key new features for the interior design- and fashion-obsessed players is the "create a style" system, which you can use to cultivate a set of patterns and materials that you're fond of and easily apply it to the objects in your home and the clothes on your sim's back. EA launched an online store and an online exchange with The Sims 2, and these are better integrated and much more prominent in The Sims 3. The exchange lets you share sims you've made and items you've customized with other players, and the store lets you buy, well, pretty much anything. The store makes it harder to ignore the whole microtransaction process that EA has become awfully fond of, though the precedent for expansion and content packs for The Sims is already well-established, and there's something to be said for being able to buy a new outfit or some new furniture a la carte. The online experience in The Sims 3 also includes a video editor, which lets you cook up some machinima without any additional tools, if that's your bag.

A lot has changed in The Sims 3, but for all the technical refinements, gameplay additions, and online integration, it still scratches the same basic itch that its predecessors did, though it arguably does it with an improved effectiveness. EA has done a terrific job of listening to what the existing players wanted while also making a more inviting experience, which is an impressive balancing act indeed.
Load Comments 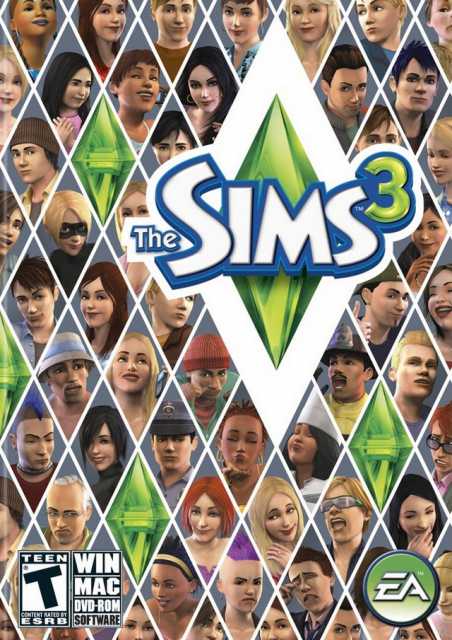