by Jeff Gerstmann on April 13, 2010
Share:TwitterFacebookReddit


There are no night-vision goggles in Tom Clancy's Splinter Cell: Conviction. Sam Fisher, the franchise's star, doesn't need them anymore, because Conviction modernizes its long-running stealth-action formulas in ways that make the game appeal to people who--like myself--have never quite been able to wring much enjoyment out of the previous entries in the series. While I'd guess that stalwart Splinter Cell fans might find this new approach to be a bit more simplified and straightforward than they're used to, the end result is a very modern-feeling game that falls more in line with other stealth-optional action games than with its own legacy.

The story finds Sam Fisher out of the professional espionage game. His daughter is dead and he's got no reason to go on other than finding revenge. As he tracks down someone he suspects is associated with Sarah Fisher's demise, Sam is quickly roped back into Third Echelon's business. It seems that since his time there, the agency has fallen under the leadership of some extremely conniving individuals, who are scheming to do some very bad stuff on American soil. Under the promise of learning more about his daughter, Fisher sets out on a new mission. With its heavy focus on a former agent going up against his old colleagues and the civilian look that Fisher sports throughout the game, Conviction feels more like something out of the Jason Bourne playbook than a Splinter Cell game. Swap out Fisher's family-related rage for Matt Damon's identity-seeking Bourne and Anna "Grim" Grimsdóttír for Joan Allen's Pamela Landy and you'd hardly notice the difference.

Comparisons aside, the story of Splinter Cell: Conviction is more than enough to keep you moving through the adventure, which will probably take most players somewhere around seven hours to complete. The twists are, ultimately, pretty predictable, but most of the performances are solid and the environments you're sent through, which range from government buildings to Gulf War flashbacks, have a nice variety to them. Throughout the entire game, though, your goal is to get from point A to point B, and the game usually doesn't care about how you get there. If you're sneaky enough to creep around your opposition, that's fine. In fact, there are a couple of spots in the game where detection leads to a failure and restart. But for the most part, this game is about Sam Fisher hiding behind cover, popping out to shoot a bad guy or two in the face with a silenced pistol, then creeping to another spot of cover to do it again. When you're spotted, the enemies head in your direction, and the game uses a cool "last known position" system to show an outline of where the enemies think you are. This lets you set up situations where you flank around to the side, giving you clear shots while the dopes head right for where they last saw you, rather than assuming that you'd continue to be on the move and behaving a little more carefully.

There's also a powerful "mark and execute" system, which is a sort of supermove that lets you tag a handful of enemies (the number increases with certain weapons and by buying some upgrades) and automatically shoot them all, one right after the other. To prevent this from breaking the game, you can only perform the execution move after you've killed one guy via a melee attack. Also, you can only store up one execute at a time, so melee killing an entire room doesn't let you cruise through the rest of the level on auto-pilot. Obviously, from a balance perspective, there needs to be some kind of limit on how frequently you can automatically bag a room full of bad guys. But from the "reality" side of things, having to melee kill someone first doesn't really make any sense. Perhaps Fisher can only pull off multiple headshots after he's tasted the blood of his victims? Whatever. It's not the end of the world, but the game takes itself pretty seriously from start to finish, so this weird requirement sort of stands out as pretty silly.

By the end of the game, you'll have acquired quite an arsenal of EMP grenades, remote cameras, an assortment of fully automatic rifles, and so on. But most of it feels unnecessary. While you can go through guns blazing, careful use of a silenced pistol remains the most accurate and effective way to move through the game. Most of the submachine guns and assault rifles feel wildly inaccurate by comparison, so there's really no need to employ them except in the rare couple of cases where a room you're in gets flooded by alert enemy soldiers. For the most part, Fisher's weapon collection feels slightly more effective on the multiplayer side of things.

The same weapon selection you have in the single-player game, and whatever upgrades you've purchased for those weapons, carries over to the other modes. These are the multiplayer modes, where a total of two players can go through a quick cooperative campaign, complete with its own story and agents. These agents also factor into the other modes, which have you protect an area from waves of enemies, work your way through the map to hunt down AI enemies, or go up against one another in "face-off" mode. This is a big departure from the multiplayer found in the last Splinter Cell game, but it's nice because it sticks to the series' strengths and uses the same mechanics that also work in the single-player. You can also play some of the modes by yourself, and there's an offline split-screen mode that you can use for multiplayer, if you like.

Visually, Splinter Cell: Conviction usually looks pretty nice. You'll catch the occasional rough texture here and there, and some of the transitions between animations don't line up quite right on a few of the melee kills. But things like running and sliding into cover, or hanging upside-down from a pipe while shooting at your opponents look pretty cool. Most of the voice cast is decent, but the enemies sound like idiots when they're looking for you, with some of them repeating the same or extremely similar lines of dialogue while sniffing you out. Sam Fisher himself, once again voiced by Michael Ironside, often sounds a little off. While some of that makes storyline sense--Fisher's meant to be a few years out of the game and mentally unstable due to the loss of his daughter, after all--some of his lines come off a little slurred, like someone was stashing a little wine in the voiceover booth.

Splinter Cell: Conviction is the most accessible Splinter Cell game yet. It gives you the firepower to shoot your way out of your mistakes, but also makes the stealth side of things fun, rewarding, and significantly easier than just attempting to run around and shoot. Its only serious issue is that it doesn't feel especially substantial or replayable. The multiplayer is a nice touch, but most players will probably see all of the content once and find little reason to return.
Jeff Gerstmann on Google+
Load Comments 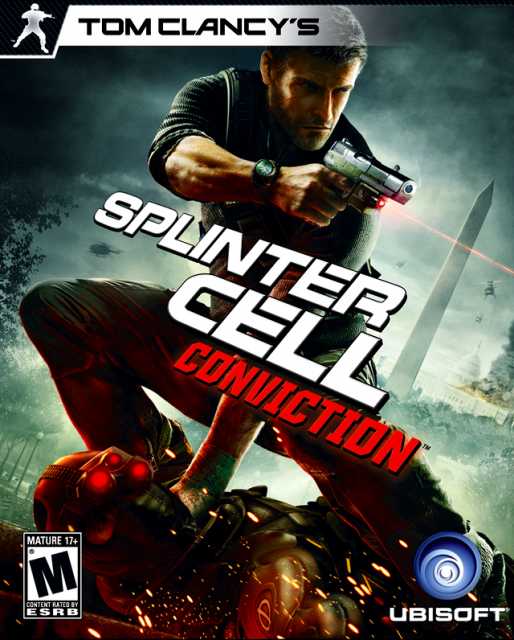