by Brad Shoemaker on November 4, 2009
Share:TwitterFacebookReddit

Runic's Diablo-like debut drills straight down to the core of what makes a great dungeon-crawling loot grind.


Torchlight is made for a very specific niche audience that you could simply describe as "people who still love Diablo." It's a classic overhead point-and-click-click-click action RPG with a focus on color-coded loot, endless dungeons, and a menagerie of foul subterannean creatures. If you can parse the relative merits of items with names written in green, blue, purple, and orange--and you still have a burning desire to collect as many such items as you can--Torchlight is designed especially for you.

The game subscribes so closely to the format of the original Diablo, in fact, that there's only one town in the game--also called Torchlight--and it sits atop a single, very long dungeon. You know, just like in Diablo. But there's a lot of variety in that dungeon's dozens of floors, which change visually every few levels from simple catacombs to more elaborate motifs like ancient tombs, a sunken jungle temple, a disused goblin prison surrounded by lava, and more. You get completely different-looking and different-acting enemies that are appropriate to each locale, too, along with some pretty large, gnarly bosses. You can forgive new developer Runic for sticking so closely to the classics, since the company is led by some of the original creators of Diablo. That game's composer also returns for this one, lending a fantastic, moody soundtrack that's more than a little reminiscent of his intensely memorable earlier work. (Town music, anybody?)

Torchlight is a $20 game, and in some ways, it shows. There's only a paper-thin semblance of a storyline, about a corrupting magical ore and an ancient malevolence hidden beneath the town, and that story is only advanced through occasional brief narrated journal entries, which aren't acted particularly well. There are only a handful of side quests you can undertake from the people of Torchlight, and they simply repeat over and over after you complete them the first time. The writing is a little rough; comma splices and improper apostrophes in the possessive "its" constitute glaring errors when you're conveying your fiction entirely through text. The graphics aren't technically complex (though the game more than makes up for that with an exaggerated, cartoony art style and even has a "netbook" mode to let it run on really old hardware). I could find a few other, minor things to nitpick.

But why should I? These flaws only affect the presentation of the game and aren't ones that detract at all from the quality of the central gameplay experience, which is all about slashing, shooting, an spellcasting your way to deeper dungeons and greater loot. If you're interested in the game in the first place, that's what you came for, and in that one respect, Torchlight is incredibly successful. Runic has streamlined the Diablo-style format to its core essence. There are only three classes--a tough melee fighter, a lither female ranged attacker, and a magic-using alchemist--and since this is a single-player-only game, all of them are versatile enough to make it through the game and conform to your play style. All the sorts of housekeeping activities you'd need to do in a game like this--enchanting weapons, managing inventory, assigning skill points, combining magical gems--are all only a couple of hotkeys away. The interface is really pleasant to deal with.

The best thing about the gameplay is the inclusion of a mandatory pet--a cat or dog that you can name--for every class. Generally, I'm not a big fan of pets, minions, or familiars in games like this--I like all my damage to flow from a single source, namely me--but the pet in Torchlight serves so many useful functions you can't help but love it. You can equip minor gear like rings and necklaces onto your pet to give it stat bonuses. Better, you can teach the pet the same sorts of spells your own character can learn, so if you want it to heal you in battle or silence enemy magic users, you can have it do those things automatically. Personally, I enjoyed teaching my dog to summon skeletal archers and knights into battle, ensuring that every time I hit a big group of enemies, I had a small army of undead backup. The pet has an inventory the same size as yours, and you can even send it back to town to automatically sell whatever items it's carrying, so you don't even have to use a town portal to clear out your vendor trash (though that is of course still an option as well).

I do wish Torchlight had some sort of cooperative feature, even for just two players, if only because that's become a nearly requisite feature in this style of game over the years. It would also make it more fun to tackle the game's hardest difficulty, especially if you were using the optional "hardcore" mode that makes a character's death permanent. Be warned that the game's "normal" difficulty mode is pretty darn easy if you've ever played this style of game before--I got several hours into a character on normal before I got tired of merely left-clicking enemies endlessly to kill them without even needing to utilize my secondary skills. Hard or very hard modes are much more taxing and, consequently, more satisfying. You can even share loot between characters, so the awesome gear you find for other classes at higher levels won't go to waste on subsequent playthroughs. And the developer promises a full suite of mod tools soon, to allow amateur content creators the chance to keep pumping the game full of custom dungeons and quests long after you've completed the included campaign and also tired of the infinite dungeon that unlocks once you finish it.

Again, Torchlight is $20. For the price, there's a huge value here. It's a great start for Runic, who intends to build a free-to-play, massively multiplayer version of the game in the future. If the company maintains the core quality of this single-player game and fleshes out the lands, storyline, and multiplayer features in its next project, it will have something really special on its hands.
Brad Shoemaker on Google+
Load Comments 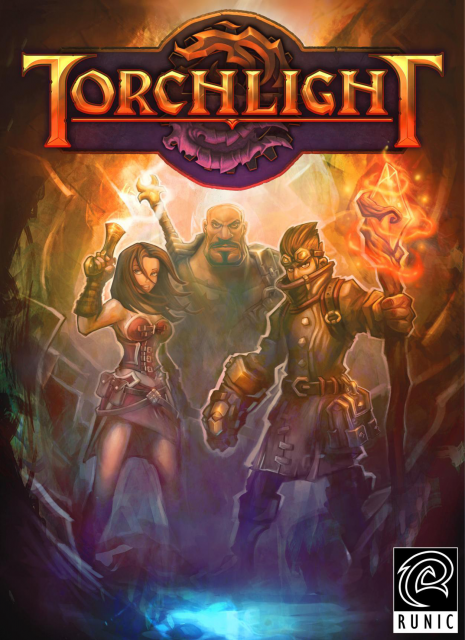