It's not always about killing fools with the sharpest or biggest weapon... sometimes you kill'em with kindness.

by Austin Walker on September 25, 2015
Share:TwitterFacebookReddit

Undertale combines charming characters, smart writing, and a unique combat system to make one of this fall's biggest surprises.

Two hours into Undertale I was waning. It was a Saturday night, and I couldn’t stop thinking of better ways that I could be spending my time. But so many people had told me that I should play--that I needed to play--this game.

I was told that Undertale was funny, and that it was subversive, and that there were lots of cool, little secrets for dedicated players to find, including dramatically different ending sequences. I was told that Undertale saw the beauty in mundanity, like Earthbound did. I was told that it was weird in the best way, like how Suda 51 games used to be. There were so many arguments for why I should be paying attention to Undertale, and each felt custom made to hook me. But, through my first two hours, the game itself didn’t manage to achieve that feat.

I appreciated the intention: Undertale was taking aim at familiar console-style RPG tropes like experience points, block puzzles, and shopkeepers, but this style of subversion had lost its edge. Like the final level of Braid or Spec Ops: The Line, Undertale was a sledghammer critique, while I'd been hoping for some local anesthesia and a scalpel. The game's comedy wasn’t quite hitting for me either. Yeah, it had silly skeleton men, and it referenced anime and dating sims. But in the era of Jazzpunk, Frog Fractions, and The Stanley Parable, a game can’t get by on the novelty of having jokes any more than a television comedy could. And unlike The Stanley Parable, which iterated in fairly rapid succession, the notion of completing Undertale multiple times felt daunting. Between all the people talking about “true endings” on Twitter and the game’s occasional traipses into the creepypasta horror stylings of Slenderman and imscared, I was a little concerned that Undertale was one of these vampire games: Not games that fed on the player, but games that transformed us into blood suckers, desperate to drain every last ounce of life from a game in an act of determined superfandom.

But somewhere along the way, Undertale went from a mild disappointment to one of my favorite games so far this year. To explain how it did this, I have to talk more about the game's structure and detail. Don’t worry, I’m not out to give away story beats or to ruin punchlines. But if I failed to talk about the shape of Undertale (and about what it manages to achieve with that shape), I’d be doing a disservice to it. It deserves more than to be talked about in hushed and devout whispers, and trust me, someone could spell the game out in vivid detail and fail to steal its magic.

Undertale’s setup is familiar in tone and feel, even if not in particulars: You’re a human who has fallen deep into the underground world of monsters. These creatures were driven there by superstitious and cruel humans, and now they are separated from our world by a magical barrier. There are prophecies and plots, rumors of impending “freedom” for the monsters. But these portents are apocalyptic even when hopeful. There are ancient caverns and mysterious machines and well meaning villains and a dozen other tropes pulled from Chrono Trigger and Final Fantasy VI and all of the other console RPGs I played as a kid. Visually, it’s something like a jaundiced Mother. Simple, but communicative character and environment designs combine with garish colors to produce a game that is endearingly askew. During combat mode, characters take on stark white portraits. But Undertale never feels graphically restricted. It emulates these sorts of limitations so that it can occasionally stretch beyond its normal restraints with purpose and intensity.

Though combat begins with a menu, it actually shares very little with Earthbound or its ilk. You’re given four options: FIGHT, ACT, ITEM, and MERCY. FIGHT leads to a short, timing based mini-game reminiscent of the swing mechanic in some golf games. You press a button when a marker reaches the “sweet spot” on a power meter and the damage you do is based on your accuracy. ACT lets you perform special actions depending on the enemy, a la the Shin Megami Tensei games which let you negotiate with demons instead of just beating the crap out of them. ITEM lets you switch equipment and use healing consumables, and MERCY allows you to flee or to offer the monster the chance to escape.

After you take an action, the menus at the bottom of the screen are replaced with a little red heart and a white bounding box and enemies send in waves of damaging objects that you (the heart) need to avoid. These attacks feel drawn from bullet hell shooters or endless runners and in the hardest fights (which have wave after wave of unique attack variation) Undertale takes on the hectic rhythms of WarioWare. It’s unconventional, clever, and occasionally really difficult. It’s a surprisingly complex system, but Undertale introduces that complexity organically. Beyond simply being a novel take on combat, though, it's also used as a vector for storytelling and humor. Enemy attacks can be tough obstacles, funny gags, or even moments of intimate characterization. That's appropriate, because Undertale uses a combination of challenge, humor, and emotion to deliver one of my favorite experiences of recent memory.

At the two hour mark, I couldn’t see that though. All I saw in Undertale was a clever combat system with some neat twists and decent jokes. I decided that I would beat it, watch the other endings on YouTube and call it a day. But after only a minute into the first spoiler video I found, I realized I didn’t want to see this stuff second hand. Somewhere in the final half of my first playthrough, Undertale crawled under my skin and I hadn’t even noticed it. By the time I was two hours into my second playthrough, I understood how this game had produced an almost cloying affection in its fans, because it was also producing the same feeling in me.

Undertale’s many fans told me that the game required multiple playthroughs to be seen “in full,” and the game itself encouraged me to dive back in after my first six hour playthrough. But Undertale itself never felt like it was rubbing my face in the content I didn’t see. It never tauntingly dangled the “true” ending behind content I'd chosen to skip. Instead, it asked me to consider the way I played and to try committing further to the type of choices I’d been making. To get a different ending, I wasn’t required to spend hours collecting hidden trophies or struggling against a frustrating bonus boss. Instead, I had to execute on an ethos.

With my new strategy in effect, many of the game's combat and story encounters played out differently. The final few hours of the game offered a wholly new series of events, and I left the Undertale feeling joyous, which is rare even among games that I’m this invested in. In many cases, finishing a game that I’ve enjoyed this much has left me with a feeling of withdrawal: I’d been spending so much mental and emotional energy that even the most telegraphed ending feels like a sudden vacuum. Yet in the final minutes of Undertale, I arrived at a sort of contentedness. I was happy with the time I’d spent in Undertale's everyday world of monsters, but I was also ready to leave it. Part of the reason for this is the game’s brevity. In the land of RPGs, 12 hours isn’t much of a time commitment. I also felt ready to leave because Undertale preached a sort of anti-completionist doctrine that spoke to me. If you try out some unsavory things "just to see what would happen," it notices and calls you out, as if to say "Really? Were you so determined to know everything that you'd stoop to this?" It doesn’t just do this as a one-off gag, but offers an entire story branch dedicated to addressing players determined to check every box on the list.

Undertale rails against the sort of reductive quantification seemingly core to role playing games. Yes, it has attack values and gear and EXP, but it rejects the notion that “character progression” should be limited to numbers going up on a screen. It likewise denies that loving a game means that you have to squeeze every last drop of content from it. If DIY darlings the Arcane Kids argue that “the purpose of gameplay is to hide secrets,” Undertale developer Toby Fox seems to shout a clarifying addendum: “But that doesn’t mean that players need to find them all!” Undertale asks lets you dig deeper when you want to, and rewards you for following your heart instead of your consumptive id. In this way, Undertale aims not only at the RPGs that influenced it, but also the currently ascendant form of encyclopedic fan culture, ever eager to catalog and number a game’s hidden gems. For Undertale, curiosity isn’t about completion, it’s about compassion, and joy isn't about progress, but presence.

Undertale isn’t perfect. The pacing could be better, especially in the middle hours; a few jokes veer too close to empty reference (both to the game’s inspirations and to “internet culture”); if you’re hoping for a complex, strategic battle system, this just isn’t that game. But at this point, my early hours of skepticism have washed away entirely. My warmth for the game has only grown in the days since I finished it. Its comedy isn’t just funny, but charming and personal too. Undertale feels less like passively watching a sitcom and more like bullshitting with old friends, and this gives the game the disarming effect that smart comedies often have. Because Undertale made me laugh, I was able to trust it when it wanted to shift in tone to address trends in contemporary game design and culture. The result is a game that has both an anime loving dinosaur doctor and the resonant message that we can love games (and lots of other things) without feeling the need to wring every last ounce of content from them.

For that reason, I’m done with Undertale. I don’t need to go back to see what’s behind that door I never opened in the first village. I don’t need to see the third variation of that one joke. I don’t need to visit the fan wiki to stoke my lore-lust. If a new, even “truer” ending was discovered, I don't think I'd rush to see it. Undertale arrived just when I needed it to, when I was consumed by Metal Gear Solid V’s research trees and Destiny: The Taken King’s ever-spinning gear grind. It was a whispered reminder that great games can do more than impress with sheer complexity and breadth, they can also draw us in close to them as to engage with our humanity. I'm afraid that if I stayed in its glow for longer I'd forget that, and the game would become larger in my mind than its message. So goodbye Undertale, and thanks for everything. 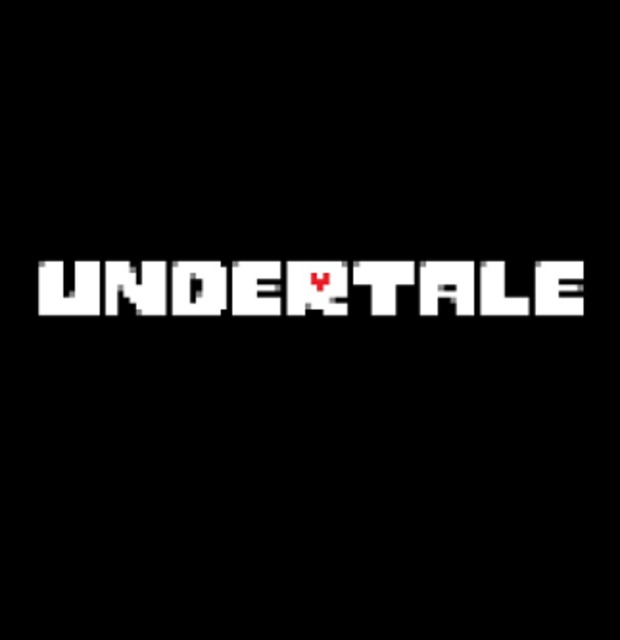 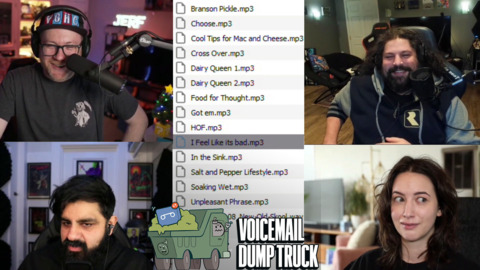 The Voicemail Dump Truck is the most appropriate place to discuss cooking tips and proper bathroom etiquette.