by Jeff Gerstmann on March 30, 2009
Share:TwitterFacebookReddit

Wanted: Weapons of Fate is fun while it lasts, but it doesn't last very long and doesn't give you great reasons to play through it a second time.


OK, it's originally based on a comic book, but in order to know what you're going to think about Wanted: Weapons of Fate, you're going to need to ask yourself about Wanted, the movie. I found it completely enjoyable, silly as hell, and totally dumb in all the right ways. The movie was fueled by the same sort of slick emptiness that, for better or for worse, fuels most of the best action games. In fact, while I was watching the movie, I couldn't help but notice that it's a real shame that games can't portray the tightly choreographed motion of movies without relying on crutches like Quick Time Events or cutscenes that ensure that the script's best action requires little to no input from the player. With that in mind, I was really interested in seeing what the video game sequel to the 2008 film was going to offer. The answer is that Wanted: Weapons of Fate is slick in small doses, awkward in spots, and so short that it's really hard to recommend it at its current price point.

Weapons of Fate picks up where the movie left off. Wesley Gibson has already transformed himself from an anxiety-filled office worker into a card-carrying assassin. He's managed to kill his own father, as well as most of the other assassins who tricked him into committing patricide in the first place. So now he's living among his father's things and attempting to learn more about his origins. But, as you might expect, clearing out one segment of a worldwide order of assassins means that other parts of the organization are going to come calling sooner or later. So you're quickly sent off on a nine-level journey that both tells the tale of Wesley tracking down his father's nemesis while also flashing back and putting you in his father's shoes to let you know how the rivalry you're setting off to finish came to be in the first place.

It's becoming such a common shooter sub-genre that you almost don't need to spell it out anymore, but in case you haven't figured it out, Wanted: Weapons of Fate is a good-looking third-person shooter that relies heavily on a cover mechanic. It is very much a product of a post- Gears-of-War world, but that's not to say it's some sort of heartless clone. In this story, Wesley has some pretty special abilities--the most important of which is the ability to curve bullets. When you combine people hiding behind corners with bullets that can bend around corners, you get a sharp new way to eliminate your targets. When doing this, a line extends from the barrel of your gun. You can lock onto a hiding enemy with this line, then curve the line around until you find a viable trajectory for your shot. It almost feels unfair, but you can't just use it whenever you want.

Killing enemies earns adrenaline points. When you first unlock the bullet bending skill, you can only have one point stored. Eventually you can store up to four, and you'll also get additional skills, like a slow-motion run that moves you from one point of cover to another. While moving up, the game slows down, giving you plenty of time to take out multiple enemies along the way. Later on, you'll get a pair of machine pistols that can fire off a barrage of exploding, curving bullets. Your pistol and these dual machine pistols are the game's only weapons, which may sound a bit weird for a game of this sort, but since you're spending all your time getting headshots and curving bullets, the simple act of firing a gun doesn't get tired.

Of course, you could argue that the game doesn't give you enough time to actually get tired. Wanted's nine levels absolutely fly by, and I'd guess that many players will finish it in one sitting without even realizing that the end is always near. It's the sort of thing that you can finish in five hours or so. There are additional modes to unlock that require you to focus more on headshots or up-close melee strikes, and you can go back through the game using a different character model or play on three different difficulty settings, but even when you add all that together, it doesn't make for a very replayable experience.

Wanted: Weapons of Fate kind of gets it from both ends. It's a short game, but if it were longer, the excitement of bullet curving would probably wear off. That said, it's got some cool concepts and it compliments the film fairly well. If you can find it for less-than-full price, it's worth checking out.
Jeff Gerstmann on Google+
Load Comments 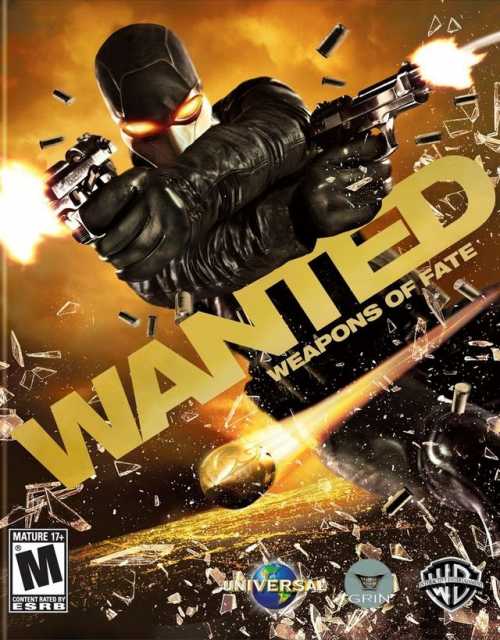