by Jeff Gerstmann on September 18, 2009
Share:TwitterFacebookReddit


Wet is a style-over-substance third-person shooter with a bunch of slow-motion acrobatic gunplay that manages to simultaneously recall Max Payne and Lara Croft without feeling exactly like either. The game has some neat tricks, but it doesn't have enough of them. So the stylish gimmicks that the game throws in here and there get old quickly, making the bulk of Wet awfully monotonous. That said, there's something about Wet that makes it a bit better than it seems.

That something is the game's lead character, Rubi Malone. In the Tarantino Lite world of Wet, Rubi is the game's Uma Thurman. But rather than going whole-hog and giving her a billion lines of dialogue about pop-culture minutia, she's usually portrayed as a tough chick of few words. And those words manage to have a good, vulgar impact. For example, after stealing a rare book and freefalling through the burning wreckage of an airplane that she essentially destroyed while fighting in midair for a loose parachute, she returns to her employer and simply mutters "here's your fucking book." A lot of the dialogue is brief and curse-filled in a way that almost seems shocking in spots. Eliza Dushku, who voices Rubi, usually does a great job with the dialogue in those shorter bits. But in the few instances where Rubi rattles on for a bit longer, the spell is broken and the character starts to sound a little hokey. Then there are things like the noise Rubi makes when she dies, which sounds more like the grunt someone would make after discovering they got a parking ticket than the sound of someone getting murdered in some horrible way.

The actual action in Wet is split between gunning down rooms full of dudes and some light platforming. The shooting is a little weird. While you can simply take aim and fire, you won't last very long playing that way. Instead, you have to jump around and perform acrobatic moves. When you take aim at an enemy while sliding on your knees, jumping, or running on a wall, the game automatically slows down. You become harder to hit and it becomes significantly easier to shoot or stab the bad guys. There's no limit to the slow-mo, so the game starts looking really silly as you hop back and forth and slide all over the place. Occasionally you'll end up in arenas, where enemies keep flooding into the room until you can get to a trigger near each door and cut it with your sword, closing the door.

When you're not flipping out and killing people, you're doing a little wall-crawling. None of the time spent jumping from one ledge to another or shimmying sideways on ledges is especially difficult. It's occasionally tricky to figure out where to jump next, but the game is usually really good about automatically positioning the camera in a way that makes it really obvious. There are also a couple of sequences where you ride around on the tops of fast-moving cars, which combine basic aiming and shooting with some occasional quick time events. Some levels are also done in "rage mode," which isn't really a mode at all. It's mostly just a visual change that makes the entire world red, makes blood white, and generally makes the game look a bit like Killer7. Like most of the other things in Wet, it's cool the first time you see it, but not very cool at all the second time it pops up. The game also takes time out of the action to force you through some really boring challenge levels, where you have to run and jump through hoops as quickly as possible. They feel really out of place.

Graphically, Wet looks decent. Rubi is probably the high point, with a great-looking character model that manages to emote well in cutscenes. By default, the game runs with a thick layer of film grain over everything--the gameplay, the cutscenes, the menus, everything. The picture jumps a little bit, again, like an old movie. And the game occasionally just throws up an (unskippable) old '70s-era policy trailer from the drive-ins of yore, just in case you weren't getting the whole "we're trying to make this look like an old exploitation movie" thing driven into your skull hard enough. It's a bit much, and after playing Wet for an extended period of time, the way the picture constantly bounces and drifts around the screen started making me feel a little motion sick. You can disable the film grain, but at that point, the game looks flat, plain, and even a little ugly in spots.

The story of double-crosses and revenge feels pretty inconsequential over the course of Wet, but it manages to get the game's sharp dialogue across, so it certainly has its place. But that's probably the best thing that can be said about Wet, because the rest of its interesting moments get driven into the ground through repetition over the course of its 12 chapters. It's certainly not all bad, but more variety combined with its razor-sharp lead character could have resulted in a much stronger final product.
Jeff Gerstmann on Google+
Load Comments 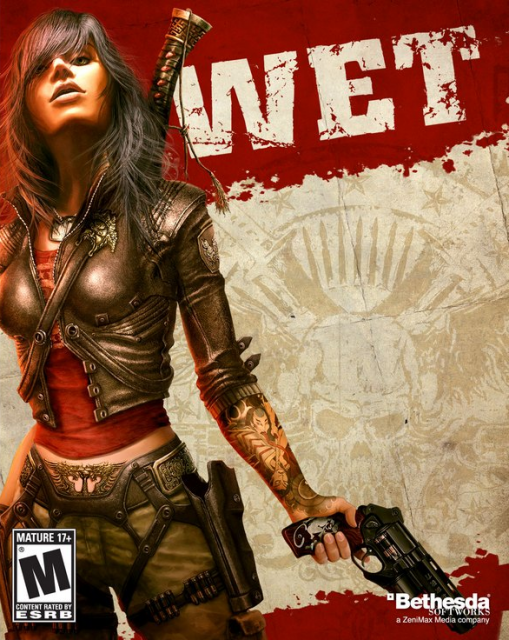 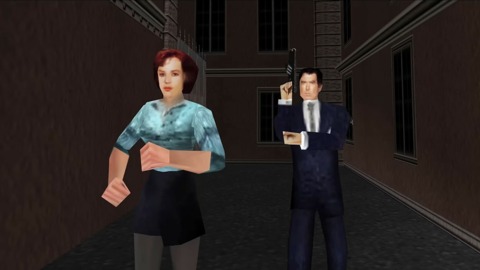