by Alex Navarro on October 28, 2013
Share:TwitterFacebookReddit

WWE 2K14 is simultaneously the first WWE game to release under 2K Sports' publishing banner, and very likely the last that will appear on current generation consoles. Both of those things should be viewed as considerable positives. This franchise's issues under former publisher THQ have been well documented since that company went out of business earlier this year, and the hope for wrestling fans is that this new partnership will result in better produced games down the line. Of course, that doesn't mean much in regards to 2K14, a game that was already well into its development cycle when THQ went under. If 2K14 is particularly laudable for anything, it's that it doesn't seem any worse for the wear, despite the team having to change horses midstream. It logically, and mostly likably builds upon what this series has been for the last couple of years. Nothing more, nothing less.

If I sound a bit more muted in my praise compared with last year's WWE '13, it's mostly by virtue of how familiar much of 2K14 feels. Mechanically, very little has changed. Additional moves, including more of the OMG! Moment special moves introduced last year, as well as a new "catch" finisher system that lets you perform sudden, often great-looking variations on existing finishing maneuvers, are all nice enough additions. But apart from a somewhat awkward looking speed-up of strike moves (which artificially makes blocking strikes more difficult), and a modicum of improvement to the counter system, there's not much else here to get newly used to. Even after having not played WWE '13 for the last nine months, I was able to jump in and trounce the AI players almost immediately in 2K14. Bumping the difficulty up to the higher levels makes CPU matches a bit more exciting, especially now that a few of the more annoying AI glitches from last year seem to have been eradicated this time around. You'll still see some occasionally weird behavior--opponents randomly running outside the ring to tear apart the announce table, or running panicked circles around the ring when trying to get back in before a countout--but by and large, the game puts up better, more intelligent fights.

Of course, WWE '13's strongest feature wasn't really its gameplay, anyway. It was its newly introduced story mode, a sort of historical retelling of the WWE's fabled "Attitude Era." This mode allowed players to relive a number of the biggest, best, or at least most interesting matches from arguably the WWE's most exciting period, with numerous historical objectives to complete that added a layer of authenticity to the proceedings. In 2K14, the developers have taken this same concept and applied it to the industry's biggest event: Wrestlemania. Titled 30 Years of Wrestlemania, this mode covers at least one match from each of the 29 previous Wrestlemania shows over the course of a bit more than 45 bouts. This means that 2K14 has the distinction of featuring a huge roster of old school wrestling names, including the likes of Hulk Hogan, Randy Savage, Andre the Giant, Bret Hart, Shawn Michaels, Ric Flair, Razor Ramon, Diesel, and the Ultimate Warrior. Of course they're joined by all the usual stars of today, though you may notice that some of the bigger names recently appearing on TV, like Rob Van Dam, the Usos, and The Wyatt Family, aren't included. It's one of those things that's the unfortunate result of development scheduling and late debuts conflicting, but it's nonetheless disappointing, especially given that precious few of those missing names are scheduled to show up in the game later as DLC.

A few omissions on both the current and classic rosters aside, this is as deep a roster as this series has ever had, and the developers use it well within the 30 Years of Wrestlemania mode. Tons of major matches--Hogan vs. Andre and Savage vs. Ricky Steamboat at Wrestlemania III, Warrior vs. Hogan from Wrestlemania VI, and the Michaels vs. Ramon ladder match from Wrestlemania X, to name a few--are recreated here with terrific attention to detail. It's not just about having familiar faces fight each other in the video game. Each match comes with a number of objectives that don't necessarily have to be met, but doing so nets you both unlockable items, as well as in-match cutscenes that faithfully recreate big spots from those fights. Often times all you'll have to do is perform a specific slate of moves at particular times during a match, or position an opponent into a particular space to set up a big moment that takes place outside of your control. Still, each of those moments tug nicely at the nostalgia strings, thanks in no small part to how wonderfully rendered these matches often are, not to mention the many video packages that run ahead of them, catching you up on the history of some of these classic feuds.

Of course, not every single match included in the mode is a winner, and 30 Years does unfortunately begin to drag as the years wear on. Few of the matches included from the first few eras are in any way questionable choices, but as the game wanders into the doldrums of the "Ruthless Aggression" era and on into the current "Universe" era, the matches become decidedly less memorable, and occasionally just plain irritating. The irritation has more to do with the mode's sudden dive headlong into three- and four-way matches that require you to wrangle multiple AI opponents to pull off those historical objectives, which can be a real pain in the ass, even when the AI seems specifically programmed to help get you into the right spaces for those objectives to take place.

Those few instances aside, the bigger issue is that many of the later matches just don't inspire the same nostalgic feelings that those older ones do. I can't imagine anyone was really dying to replay the largely forgettable one-off battle between Goldberg and Brock Lesnar, nor are many people thrilled at the prospect of recreating both Cena vs. Rock headliners from the last two years. Not the most satisfying way to end things, but when you peg your story mode to a specific historical theme, I suppose there's no good way around that.

Regardless of those few issues, I enjoyed the majority of 30 Years of Wrestlemania's tour through history. It covers a lot of the big moments without necessarily being all-encompassing, and even the little minigame attached to it--a "Streak" mode in which you choose to either try to break a ridiculously overpowered Undertaker's unbeaten streak, or attempt to defend it as the Dead Man himself--is a fun distraction. That's good, because little else of WWE 2K14's feature set did as much to grab my attention.

Understand, nothing has really changed dramatically or been removed from last year's game. But that's just it: most of these features are exactly what you played last year. Universe mode, the week-to-week career mode that lets you book entire shows and run randomly generated stories that sometimes resemble something close to reality, is the only mode that's seen any significant tweaking. Most of those tweaks are small, but useful. You can program specific rivalries between individual wrestlers now, and the interface has gotten a little easier to navigate. But by and large it's the same Universe mode we've had for a few years now, right down to the default split between RAW and SmackDown! rosters (which isn't something that's existed in quite some time).

There are a few other changes here and there. Players can set up different kinds of tournaments now, including gold rush tournaments for specific belts, including those of their own design. Now you can create new belts, as opposed to just building off of the existing slate of championships already included, though most of the created belts look chintzy at best. The only other major change to the creation suite is a new ability to clone and re-edit some existing wrestlers for the sake of creating alternate outfits. I say "some" because only a handful of wrestlers are available to clone (with more apparently on the way via DLC), and weirdly, you still can't actually make changes (outside of existing outfit colors) to the existing roster. You have to use a created wrestler slot to host whatever new outfit or terrifying body shape you've constructed, which isn't exactly ideal. This is, at best, a roundabout solution to what shouldn't really even be an issue to begin with.

The rest of the creation suite is essentially untouched. You can build wrestlers using pretty much the same exact array of parts you had last year, as you can with arenas, special moves, entrances (there are a few new ones to choose from this year, at least) and, of course, stories. Match types are essentially identical to WWE '13, with the sole exception of the re-added "Slobberknocker" match, and online play seems mostly untouched, if a bit more stable than usual. Of course, we'll have to wait and see if that holds up under the weight of a full player base.

WWE 2K14 is as solid a wrestling game as this team has ever developed, but it does highlight a growing split between an apparent desire to craft something closer to the product one generally sees on TV week to week, and the sometimes brainless, but basically entertaining fighting game Yuke's has been churning out in various forms for a decade and a half. As the developers build out these lovingly detailed story modes rooted in wrestling history, they end up highlighting exactly how goofy and out of sorts much of the in-game action looks compared with the many tightly scripted sequences built into 30 Years of Wrestlemania. The hope, again, is that 2K14 marks the last time we'll see this particular version of the game, and that with the bump to new consoles, 2K will grant its developers the opportunity to start fresh. Maybe that's an overly idealistic hope, but it's one I think is necessary. 2K14 most definitely satisfies whatever nostalgia I had for Wrestlemania's history, and I expect will provide ample enough amusement between now and next year's installment. But come next year, I'm considerably less certain that another entry just like 2K14 will be similarly satisfying. 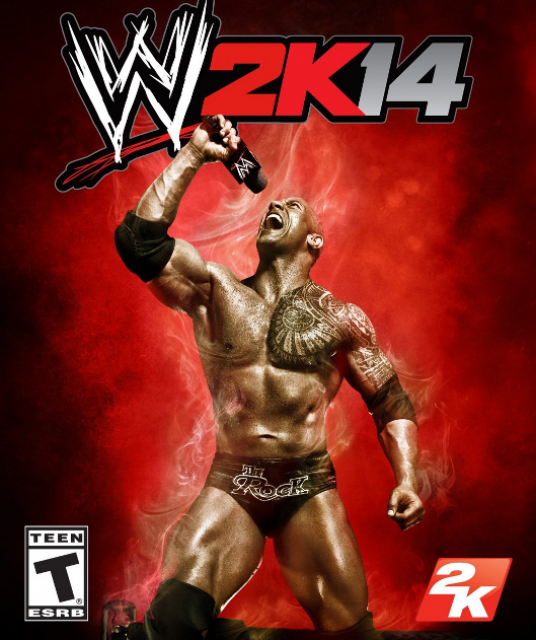