by Patrick Klepek on March 13, 2014
Share:TwitterFacebookReddit

Nintendo's struggled to make a memorable Yoshi game since Yoshi's Island, and this new 3DS platformer isn't going to change that.

Nintendo isn't a company that gets truly weird all that often, which is why Super Mario World 2: Yoshi's Island continues to stand out. It's a psychedelic platformer with a screaming baby used to remind players they're screwing up. It's beautiful, strange, and the company doesn't return to the idea of a Yoshi-focused platformer very often. There's good reason for that, too. Yoshi's Story was an abomination, and does anyone even remember Yoshi's Island DS? For whatever reason, Yoshi's Island was truly a product of its time, and that remains the case with Nintendo's latest effort, Yoshi's New Island on 3DS. It's not a bad game, really, but it's an entirely pedestrian platformer. As a big Yoshi's Island fan, that's a disappointment.

As with most Nintendo platformers, the story isn't the focus here. In the Yoshi's Island universe, storks deliver babies to...well, it's not clear. You never see the faces of the island residents, so we're not even sure if they're human. They live in mushroom huts, though. Anyway. The stork is delivering Mario and Luigi, but drops them off at the wrong house. In the rush to find their real home, Baby Bowser sends his minions to intercept the two children. Why? It doesn't matter. Stop overthinking this one. Baby Bowser has taken over the land the yoshi clan call home, and Mario needs to find his brother. The two sides decide to team up.

The basic gameplay remains unchanged in Yoshi's New Island. You control different colored yoshis, though each functions the same. Mario rides on the yoshi's back, and if a yoshi is touched by something nasty, Mario starts flying away in a bubble of his own crying snot. A timer starts to tick down, and if Mario isn't rescued in time, it's game over. You start each level with 10 seconds to grab Mario, and a meter charges back up to 10 again once he's safe. The yoshis are able to stick out their tongues and swallow enemies to produce eggs, which can then be shot to destroy enemies, collect coins, or break open certain objects in the world. Pressing X emits a dotted line that moves up and down, and that line can be paused mid-air with L to ensure precision. The big addition to Yoshi's New Island are giant enemies that can be used to crush specific parts of the world. Yoshi's New Island, sadly, makes sparing use of this new idea.

Each level contains three collectibles, as well: stars, red coins, and flowers. None of these are required to complete any given stage, and are mostly meant to encourage exploration and experimentation with the game's mechanics within each level. Yoshi's New Island does not feature the level-ending minigames of Yoshi's Island, but when players jump through the hoop at the end of each stage, it's possible for the hoop's meter to land on a flower, which garners the player medals. Collecting medals gives the player additional lives, but dying is not really a concern in this game. The collectibles unlock secret stages, a la Yoshi's Island.

Several worlds into Yoshi's New Island's six areas, I kept waiting for the game to finally start. There is a challenge arc to modern Nintendo platformers. The first few worlds might not provide much difficulty for a player versed in Nintendo's past, but, eventually, the game will leave newcomers behind, asking them to indulge in the game's handholding item that springs to life after several deaths. This shift does come in Yoshi's New Island, but it doesn't happen until the final world, and it's too little, too late. World six is when the game decides to challenge players to combine well-timed jumps with very specific skill shots in order to advance forward, let alone collect everything that's scattered about. Those last eight stages are fantastic, a window into a game that isn't present anywhere else. For a while, I thought Yoshi's New Island was going to pull the same trick as Super Mario 3D Land, opening up another set of six worlds that put my skills to a true test, but it never happens. The credits roll, and it's all over just as it was beginning.

World six is the only time Yoshi's New Island felt like the classic it takes inspiration from. For the most part, though, Yoshi's New Island plays like a game trying really hard to grab elements from Yoshi's Island without knowing what to do with them. Everything you'd expect from a new Yoshi's Island game is here, including vehicle transformations (now largely handled by tilting the 3DS, which works well enough) and eating watermelon. But the game does so little with every one of these elements that it's strange the game decides to include them at all. It often feels like a forced nod to the foundation driving Yoshi's New Island, not a gameplay addition the designers had lots of ideas for. The moment a new gameplay wrinkle is introduced, it largely disappears. Maybe it comes back later in the game, maybe it doesn't. But the game rarely builds upon what it introduces to players, making these fleeting glances at variety frustrating.

As you make your way through the game, you'll also unlock various cooperative and competitive two-player game modes. These cannot be played online, but can be shared with another 3DS with a single copy of the game. Players compete by fluttering across the sky the longest, popping the most balloons, etc.

What the new game does nail is the satisfaction of exploration. Yoshi's Island is an enjoyable platformer when straightforwardly progressing from the beginning to the end, but Yoshi's Island's level design really shined when players took the game's abundance of collectibles not as level padding but as an incentive to make the most of your moveset. Often, the regular path in a Yoshi's New Island stage will grant you most of the game's three collectables...but not all of them. The rest are found in secret paths, some only accessible using the game's tricky double jump, and others only unearthed when you've physically passed over them. Unlike the recent Donkey Kong Country: Tropical Freeze, there is no item to make these secrets easier to find. Totally clearing out a stage becomes its own, separate challenge, one gratifying for different reasons. The game doesn't require players to engage with this side of the game, but it really helps you appreciate the thought put into some of the seemingly simplistic levels. There might be more to them.

It would help, of course, if the stages themselves were a little more interesting to look at. If Yoshi's Island is known for anything, it's the trippy aesthetic. To an extent, that's present in Yoshi's New Island, but like the mechanics it drags in and does little with, the look of the game feels half-hearted. At first glance, it certainly looks like Yoshi's Island, but it lacks the sense of inspired style or flair that defined the original. Yoshi's Island, an intentional and directed reaction to the CG approach for Donkey Kong Country, looks like a game drawn by the most skilled child artist in the world--beautiful and messy. Yoshi's New Island is an adult trying to capture the recklessness of his youth. It's a game without a proper identity, past or present. And how the heck do you release a new Yoshi's Island without a "Touch Fuzzy, Get Dizzy" level in 3D?!

At its core, Yoshi's New Island is not a bad game. This is an acceptable, middle-of-the-road platformer, and one that I had an OK time with. But it's not particularly memorable until it's ready to say goodbye, and you're given a fleeting, tantalizing glimpse into the game that might have been. 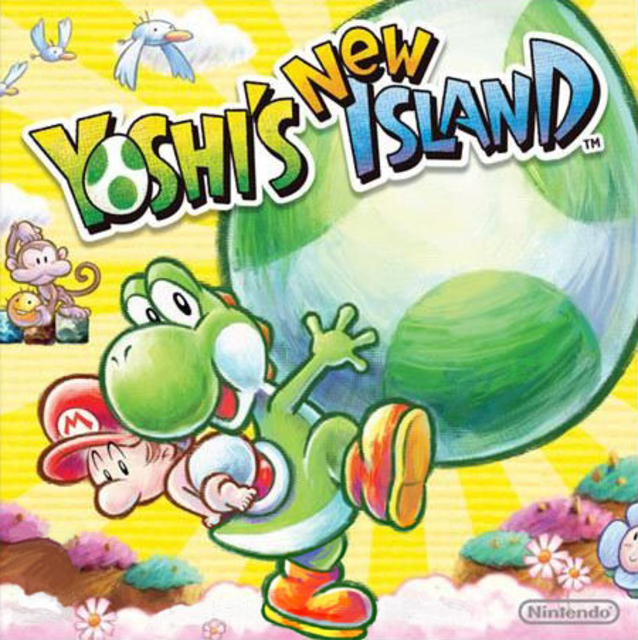 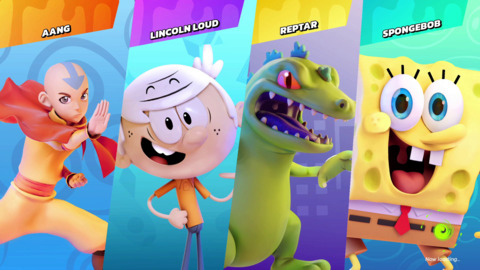