Bust out the Mountain Dew and Lays. Risk is back.

Ever have one of those days when you really wanted to play Risk but no one else does? And when you do find someone to play with they gank Australia and put friendship in question. Those day are over because Risk just rolled it's way onto XBLA.

Risk: Factions keeps all the thing you love about the classic board game and adds some animation to it. Weather you want to play all-out war with five friends or go for the new objective based game Risk: Faction everything you want is there. In the new Factions mode you take control of one of either a army of Nazi Zombies, robits, humans, yetis, or cats(?).

Faction mode is nice refreshment, but does have few balancing issues believe it or not. When an objective is is completed you are rewarded the corresponding bonus, the main issue here being the "attacker' and "defender" dice. These add a extra die to what ever action you are performing. When god made Risk he gave the defenders two and attackers three for a reason, this makes the player in control of these die extremely over powered. The dice themselves are also shotty, who ever made the "randomizer" for the dice needs to watch his back for obvious reasons. Actual battle scenario that happened earlier today: I controled the great mighty Russia with a staggering 17 forces the poor soul next me had 1 in the Ural. I lost nine troopes in that. (I'll try and get some video proof ASAP)

No matter is your a Nazi or a "Push for Peace"-er, you will enjoy this new take on classic game. No more half-day games and watching your friend line up the pieces perfectly in line becuase Risk: Faction will start comsuming your time right from the Quick-Launch menu.

No Risk involved in this purchase 0

Risk: Factions is a pleasant surprise to most people.   A lot of people, myself included, downloaded the demo expecting the game to be translated to the Xbox Live Arcade in the most generic fashion possible.   This couldn’t be farther from the typical port.   The game features awesome animation, easy to play gameplay, and some of the best times you can have with an XBLA game.   The singleplayer component features both a campaign and custom skirmish games to be played against the game’s A.I.   T...

The world as ruled by the almighty dice roll. 0

I guess if you were going to update any board game for the console market, it may as well be Risk. It’s not that online renditions of Kerplunk or Hungry Hungry Hippos couldn’t work (actually, they probably wouldn’t), it’s just that Risk is already a game about war and console gamers love games about war many times more than the soldiers actually fighting wars. Thus, the changes that turned Risk into Risk: Factions at least feels like a logical progression. Inversely, a video game adaptation of M...

EA and Stainless Games went ahead and made Risk completely crazy, and Risk: Factions is ultimately better for it.

Add new review * Read the most helpful review by grilledcheez 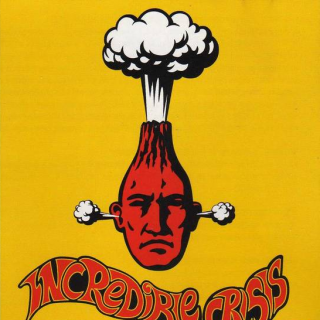