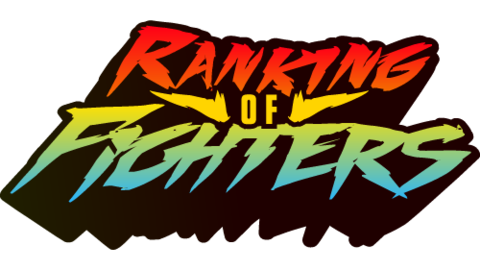 Who knew that a game all about fighting tons of enemies started out fighting one on one?!

Without knowing anything about it, "Slice, Dice and Rice" sounds like it would be cringingly tone-deaf in terms of clichéd "kung-fu" ethnic stereotypes.

@hassun: I've been wanting Koei/KoeiTecmo/Tecmo/Koei/whoever to make a new one like this, or at least just make an HD remix of this one, or hell, just port it somewhere. Like most/all the PS2 Warriorseses are on PS3 right now but not this one?

The music in Dynasty Warriors is banging damn

With how they were talking how Slice, Dice, and Rice felt better as a one-hit fighting game than Bashido Blade, I'm surprised they ranked it so much lower.

I'm still waiting for the ranking of musous

I was very confused by the NSW abbreviation, that means New South Wales more than Nintendo Switch to me

Dude, Lu Bu is like 12 feet tall, I swear to god. When he rolls up on his horse, who is a monster, he blots out the sun. You know it's him, from the feeling of dread that consumes you.

I love me some good scan lines, scan line for days!

The art style in Slice, Dice and Rice is really awful, and it's not doing the bland character designs any favours.

The Dynasty Warriors music is wild, so incongruous with the setting and characters. It makes it feel like a dynasty warriors cosplay fighting game in early 90's Japan.

just like in the source material, diao chan is op :]

There's something very... European about Slice, Dice, and Rice.

Ben looks like he came from a M*A*S*H taping.

"I'm tired of Rival Schools up there at number 1!"

Then bring in PROJECT JUSTICE.

Jeff's contributions to science are esteemed, but I also like the very chill vibe of the Jason & Ben installments of this series.

The soundtrack for that Dynasty Warriors game seems to be the only redeeming quality in that game. It be very good.

Although Aquaman traditionally uses a trident, in 2006 DC did in fact introduce a sword-wielding Aquaman.

I loved the Dynasty Warriors fighting game. I count it among the many, many games on this list that I played and enjoyed more than TMNT. As somebody who actually really likes the TMNT franchise, I will never understand why they ranked that fighting game so highly.

@lonerubberducky: This kinda threw me too. It looks nicer than Bushido Blade and I'm in agreement that 2D works better for the one-hit style of combat. Not necessarily surprised they put it lower on the list in the end, but I was surprised how much lower down it ended up.