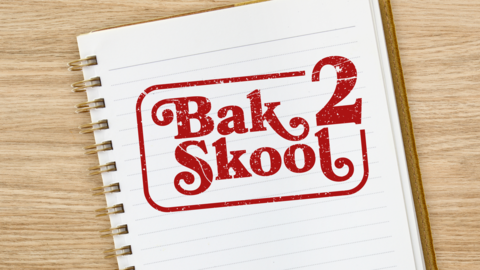 Parent-Teacher night is this week!

It must have been really fun being in school with Dan Ryckert. Now we'll all know what it's like, for better or worse!

I love that you brought Paul in on this one.

Jesus, I'm so glad I'm not a teacher anymore!

The post production continues to be a highlight of this show and I can't imagine only listening to the audio version.

Wow this whole thing was epic. Paul's efforts with the green stuff was so funny at the start and when Jan took over... also the endscene (no spoilers)

I love this show! Best show in the internets.

I forgive the week off just because of Paul Rykert being here.

They were both asking the correct question just not the correct way. They are wondering WHY the first thing created was created and how it happen to spawn what we now see and witness as life.

Holy shit, my face hurts from laughing and smiling so much. This is genuinely one of the most entertaining videos on this website

@splodge: I mean, we basically are

I think a really important idea for Dan (and I guess Paul and Jeff as well) to understand is that so much of how scientific discovery and how everything in our bodies and the universe works is through trial and error. Scientists discover solutions to things or a better understanding of how certain phenomena work through literally hundreds, thousands, and even hundreds of thousands of trials, tests, and variations in pursuit of solving a single problem.

So in science that can go all the way back to how primitive humans discovered that certain herbs, roots, and flowers could aid in the treatment of or even cure certain maladies. And they didn't even understand why those things did what they did, they just knew that, for example, one time someone made a drink by boiling chamomile in hot water and it made them drowsy, so now they have a drink that could be a sleep aid. Or someone chewed on or consumed willow bark at some point and it aided in pain relief, with us only discovering later that willow bark contains a substance called salicin which relieves pain similarly to aspirin. And so many things we discovered were purely through happenstance, but things like cancer treatments or vaccines/cures came about because there are research institutes around the world that employ large numbers of people and spend billions of dollars trying to figure out how things work and do untold numbers of tests and studies to do so. And we may not even know why a certain combination of substances together form a drug which can treat something when we discover it, we just know it works and figuring out why comes later.

Same thing applies to how DNA came to be and how all this information gets passed down and around in order for organisms as complex as a human being to exist. These acids, proteins, atoms, and all those other substances that compose life spent literally billions of years having to be incubated under different conditions in response to different stimuli and in different combinations and, eventually, they formed in such a way that you get the first forms of life. So there wasn't any kind of plan or structure to how those things came to be (well, unless you believe in a higher power), they just ended up coming about because after enough time and untold numbers of variations, something finally worked.

It's all about trial and error.

Well worth the time off. That green screen bit is hilarious.

I know this is a weird thing to nitpick about, but the flickering chunks of pixels on Bakalar's video feed are kind of annoying.

Regarding Dan's question about how the police would connect the DNA found at a crime scene with a culprit, the way it's portrayed in movies isn't often very realistic. Unless you happened to have some prior incident with the authorities that resulted in your DNA being sampled, they will not just have your DNA on file.

Typically what happens (and to be clear, I'm not a cop or a lab technician, but I've looked into this) is that if they will usually test DNA at a crime scene and check to see if it all matches the DNA of the victims or not. Or, in the case of a robbery or some crime not resulting in a murder, different DNA samples will be tested against one another to determine how many potential suspects may have been involved. So if they found, say, blood on some broken glass in the crime scene of a murder, they'd test it against the victim's DNA and if they didn't match they'd assume the blood from the broken glass must be that of the murderer or at least of somebody who was there at the time of the murder. So if at some point in the investigation they asked a friend of the victim if they were supposed to meet with anyone that night, they might say "Oh, they said they were going on a date with Dan Ryckert" and the police would then question Dan Ryckert.

Now, from what I understand, they can either gather DNA from Dan Ryckert voluntarily in this scenario (assuming he would permit them to do so), or, if he declined, they could go to a judge and say "We have a good reason to believe Dan Ryckert murdered the victim and we want to test his DNA against the blood we found on the broken glass at the crime scene" and a judge would probably issue a court order giving them permission to collect a DNA sample from Dan Ryckert, usually by swabbing the inside of the mouth but sometimes through a blood sample. And then they'd test that DNA against the other DNA, see if it matches, and proceed accordingly depending on whether or not the DNA matches or doesn't.

I would love if the next episode after this one was Jeff introducing Dan to the idea that we are (and everything else) mostly just empty space.

Paul came in with the great dad joke! I See You!
I feel like talking about different forms of intelligence was where it should've gone towards the end there.
Man great show, Dan asks great questions and hey its all about trying to understand it the best way you can. Yes it is a rougelike

Professor Jeff is obviously not qualified to be teaching this class.

Bringing a guest that is a contributor to 50% of your DNA was really on point.

The questions Dan and Paul ask are so good. "How?" is so incredibly reasonable a thing to ask about things that sound like magic. This is fantastic

Bakalar saying "I don't think people are completely incapable of learning new things" and then the hard disagree from Paul was a great moment.

The differences in their philosophies on an individual person's capabilities was a fun digression.

I loved all of the questions Dan and Paul had. I hope they continue to look into it some form like Khanacademy. I'm a trained biochemist, and they are asking great questions people have spent years figuring out with clever experiments. Thanks for the great show y'all!

Paul is one of the best things that ever happened to Giant Bomb. Hes like the crazy uncle I never had :)

I thought DNA was made out of goat sperm.

What is a man? A miserable little pile of DNA dental floss!

I'm so non-Dad that I didn't even get the dad joke. I don't know if that's good or bad.

I think one of the things Bakalar tends to neglect when Dan (and Paul in this episode) asks why something happens, is he doesn't explain that a lot of things are driven by physics. With this episode, the stuff with proteins and animo acids are happening because of chemical reactions that behave that way because of their atomic properties. At least that's my basic understanding of it.

I love flossing with DNA

Veritasium released a video called "Your DNA is already on a database" and I think all three parties here would benefit from watching it. Matching suspects to DNA is much more complicated than "We looked on the database".

Great series. I would love some episodes where they bring in cool, hip experts to school them on what they've gotten wrong in previous episodes. Because hooboy...

Paul being on a class TV on wheels was an amazing touch. Jan is a genius!

Veritasium released a video called "Your DNA is already on a database" and I think all three parties here would benefit from watching it. Matching suspects to DNA is much more complicated than "We looked on the database".

I was gonna mention that too! Funny coincidence with the release times. Cool watch, I hadn't considered the family angle.

Best of line of the night goes to Dan and possibility of flossing with DNA:

"Hypothetically, I'm not saying I'm going to try it."

The last episode needs to the be the scientific method, to explain to Dan how science knows things.

Best show there is.

man i love this series.

When Dan said "Sperm is a Rogue-like of DNA" (paraphrasing) I nearly fell off my chair. Another amazing episode, keep it up!!!

"McRibosome" had me on my ass