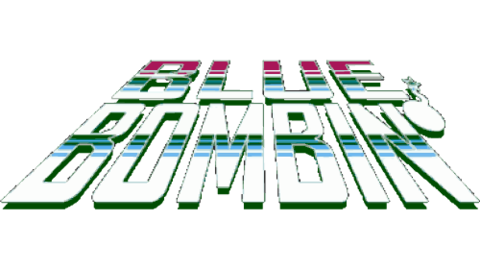 We talk about space travel, the size of wolves, and our final days with two Very Special guests.

Join Alex Navarro as he straps in and makes his way through several of the Mega Man games.

Oh Austin... I'm happy for your successes with Waypoint, but sad to see you leave the GBEast; the same with Patrick (and GBWest).

WHO IS THAT WONDERFUL MAN

(EDIT: ALSO THAT OTHER WONDERFUL MAN)

"but you know better words than I do"- Dan Ryckert

Nothing has ever held up the way it does for me. It's probably the one game I really love.

Wait, wolf size. Haven't watched yet but is Dan still trying to peddle that he could take a wolf?

Hell the average mean ass dog could fuck most humans up.

I bet through sheer dumb luck and a very minuscule amount of charm Dan could escape prison.

There's such beauty to the Austin/Dan combo. Best episode of this in a while. Should have Austin on more often!

Haha I missed Austin so much. He's so good at getting to discussing Dan's bullshit.

Edit:*
Shit man. Austin really elevates the level of discourse on this site.

Edit: Asimov's Foundation kind of bums me out. The first bit is so great but it's kind of plagued by unessicarry sequels. Which is a shame since further exploration of that setting in the style established by the first book has so much potential.

Maybe I just need to read more of them though. Perhaps books five and six get it back on track :p

it's always nice to see Austin make a guest appearance

"Austin, what do you think of Mario Sunshine?" "hnyeuhh"

Austin and Dan could have a wonderful dynamic. At Waypoint there's a little too much agreeing (feel the same about GB West), whereas Dan is actively abrasive which prompts Austin to be engaging in a very different way.

Austin with the A Serious Man love....I love that film.

I would call Overwatch a modern day masterpiece.

That conflicting moment when you're excited Austin is back, but sad because that means Abby has to sit this one out

Austin is my favorite and he's so so great in this video.

This is one of my favorite episodes ever. I love it when Austin comes back, he leads to some really hilarious and occasionally insightful discussions.

Love having all the guest, but I did miss Abby not being a bigger part of the episode.

Best episode of blue bombing yet

A Serious Man is the best Coen Brothers movie

It's so refreshing having Austin around. He just elevates the discussion by challenging people to be more descriptive when they say something is "good" or "interesting."

EDIT: This video is a masterpiece.

This might be my favorite video of the year.

Was it made using real ingredients?

Is it sweet, spicy, tangy and delicious?

Is it enriched with American Tradition?

This is an instant classic GB Video, for sure.

Dan, even a labrador-sized wolf would absolutely slaughter you. It wasn't size the problem before, it isn't now

edit: the Foundation series is awesome. Absolutely loved the trilogy when i read it in my teens.

at 124:30 Vinnie states that no one has found the Casio watch in a tomb etc etc....and yes it would be depressing if that hadn't happened, but it has.... https://en.wikipedia.org/wiki/Antikythera_mechanism

this gives me ifinite hope currently re that line of thought

That was great! The conversations were amazing. Always love to see Austin and surprise Bakalar was cool. I almost wish Alex didn't have to suffer the entire time. I suppose, if he didn't, it would just be a talk show/video podcast, but I don't know if that would negatively affect my enjoyment.

Love having Austin back, even if it's short lived. Always great discussion.

As far as Masterpieces go, I don't think something has to be the pinnacle of its genre for all the years to come to be a Masterpiece. Just as Vinny said about The School of Athens, simply being a Masterpiece for its time, in some ways, is enough. Maybe someday someone will make a better "Boss Rush" game than Shadow of the Colossus, but it's still a masterpiece. Not only because of its stellar atmosphere, art direction, sound design, and tone, but because of its place in history. You have to speak the language of gameplay to understand why SotC is meaningful.

Everything it has to say about what we consider the standard for action games, what a boss fight is and why they're such a stable in so many genres, or even its take on the hero's journey. If and when all of those standards change as years pass, SotC will represent less and less a skewed take on genre norms.

Some kid in 2090 might not fully understand SotC because the games of his time don't even have boss fights, or use controllers, but he can still appreciate the gameplay, just like we can all appreciate The School of Athens, even if we don't know the meaning behind its allegories. Those deeper meanings are for scholars to hold onto, and for the rest of us, it's a pretty picture, or a fun game, and that's enough.

I would escape prison during Snack Time.

Love Austin and his rapport with Dan. I think he's actually a lot more interesting and cutting when he's in with the Beast crew, so this was a treat. But what I really need is that hot Austin x Abby content. Make it happen.

If anyone can fix wolves, it's Austin Walker.

I really think the more important question is whether or not you think you could make friends with a wolf.

This was the best piece of GBEast content in months. Thanks for the fun! Austin always brought out the best in the other guys and it was refreshing to have him back.

You want a masterpiece? Diablo 2. Hands down.

Austin bringing in the Socrates method

I MISSED YOU AUSTIN

Edit: This might read like a review, but I just wanted to get across how much I adored this video:

I'm always ecstatic to see the beast crew meet up with Austin: I love the balance he brings between absurdity and thoughtfulness (and treating them both complexly). This episode was fantastic in a way that felt casual and yet earnest. It was bursting with the same atmosphere of some of the best E3 Giant Bomb couches whereby even Vinny got wrapped up in the joy of the moment to the same infectious way Jeff G does. I even appreciated how, while Abby seemed more focused on the Video Production, Vinny tried to keep her in the loop to draw out snippets of her perspective.

There was just enough of a framework via Alex focused Mega Man play (plus group reactions for support) to bring cohesion to the all-engrossing conversation. Vinny, Alex, Austin, Dan, Abby and even Jeff B: it was like a wonderful Giant Bomb East All-Star show. This was definitely one of my favourite videos ever on the site. Thanks for being so energetic, upbeat and interesting: I'm sure doing it for so long can be tiring, but moments like this make it so worth it.