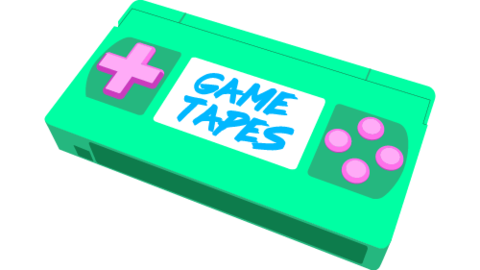 Game Tapes 02: The Power of the Cell

We dust off the 2006 Sony E3 press conference and find cyber Tiger, Kaz, and lots and lots of cars.

Unearthing the forgotten magnetic media of the video game industry.

Here's the raw video of the press conference.

looking forward to another of these!!

Yes! Video quality is amazing. it's great that there will be a good archive of this in the wild. This is fantastic.

Oh wait, this is THAT conference??!?

E3 is just like Christmas, it starts earlier and earlier every year.

I feel like this press conference is one of the reasons Jeff wanted to do game tapes.

Jeff has now started the first two episodes of this series by saying, "Not to start the show with a showstopper."

Was wondering just this morning when episode 2 would show up...

EDIT: Man, I'm pretty sure I'm one of the only people who loved these press conferences. I've always been a huge presser nut, I guess, but yeah I remember watching this as a young teen and being super into even all the business slides. I still recognised that half the games were awful, though - but I do remember being excited about Eight Days.

Actually the biggest takeaway from this is that I really do want to play Final Fantasy XIII again. I keep toying with the idea, but now I extra want to. I'm totally with Brad; the combat in that game is fantastic. I could also absolutely go for a new Virtua Tennis, too.

2006 Sony was perhaps the greatest E3 conference in video games history. I love it. Kaz Hirai is my special boy.

DUST OFF THE MEMES BABY!

I signed up and subbed because of this here feature!!

Well I guess they had to start with this one.

I think a lot of people don't realise that the PSP ended up selling over 80 million units.

Sony 2006 as Game Tapes 2? This is like (insert band here) playing (their biggest hit) as the second song in a setlist.

Biggest debacle in E3 history. Thank you for doing this, sirs.

Now that's what I call a duck!

When I play games, I become a monkey...

Now that's what I call a duck!

That was a hell of a duck you guys

This is the first time I've ever heard Kaz Hirai speak as opposed to just read his name in a magazine or whatever. I had no idea he had an American accent. Always just assumed he would have been born in Japan & then grown up in Japan & lived most of his life in Japan.

The more you know.

I'm not at that part yet, but do they acknowledge that the entry level PS3 was actually $499? It's one of those times when a meme really took on a life of its own.

I can't believe that I'm watching this. However, I can't stop watching this. What an amazing car crash this is so far. It kind of sucks that they gave Kaz all of the business stuff. I also forgot how dry these were.

That's what I call a duck

Jeff is channeling his inner Warren.

Oh no I just remembered that I can not handle cringe humour well at all. Not sure if I can endure this.

It's dangerous how much this industry revolves around E3. Not that I'm not excited for it, but it shouldn't be depended on for views.

I wish they had noticed the best/worst kid in that PSP ad-reel (4:33 in this video). He's gonna beat you, and it's gonna hurt...

Oh no I just remembered that I can not handle cringe humour well at all. Not sure if I can endure this.

Me neither, but Jeff's goofs are helping alleviate the pain a bit.

I can't agree with enjoying FF13... that is probably my most hated game of all time, the only game I actively yelled at my TV the whole time playing [yet still finished, well at all though as I don't yell basically ever in my life, but this game did it to me].

Other than that one chapter.... All I ever did was press up on the analog stick to walk through cooridors for a billion hours, and mash x [at least in previous ffxi games there were reasons to do more than mash x, I actually got to have fun picking attacks!]. Seriously I Hate that game.

Just walk forward and press x and win all game. That is all I ever did for hours. I don't mean I pressed up and down to pick options or whatever from a menu, I just remember there was something on there where all I had to do was spam one button without any choice to win every single battle but a few bosses I had to do a bit on. Heck somewhere in my head I feel like a billion hours of that game was just in that train before they even gave you skill options anyway, and just could only do "attack" but I am probably wrong on that part :P that is probably an exaggerated memory on that part.

If more of that game was that one open world chapter I think it would have been more enjoyable, but gosh the combat was so braindead easy all you had to do was spam x without any actual input selection to win 90% of the game but a couple spots [assuming x is the correct button I am thinking of, well if not then square or whatever it was].

Actiony combat can be cool, but if it is that braindead like it was in FF13 just give me old SNES FF combat, at least there I get to think about my decisions and such [not that those were without flaws], which can be far more exciting than "real timeish" combat when all you do is auto win.

This is a great series.

Wait, where's the Versus XIII trailer?! That's the whole reason I watched this. To reminisce and relive that moment where I watched this press conference live 10 years ago. Versus XIII was the highlight for me. It was basically my most anticipated game for a good chunk of my lifetime, until 2 years ago, when it was announced that it was no longer the same game and not being directed by Nomura. My interest in it has since dropped drastically.

And it's not even archived on this gametape when it's supposed to be run right after the FF13 trailer. What gives?!

When I play games, I become a monkey.

Every year I hope for another E3 press conference of this caliber, and every year I am disappointed. Konami and Ubisoft have had some great ones since, though.

For those curious, the opening song is Temperature by Sean Paul