Dude, they almost nailed it!

After the release of "skate." in 2007, many were surprised by it's trampling of Tony Hawk's Proving Ground which was released shortly after. The game's fresh and more realistic take on the skating genre proved popular with consumers, despite the game having issues simply from being a new untested series. In skate 2, the satisfying gameplay remains and then some, but some problems from the original game also make a return.

The game begins with a well made high quality introduction video featuring the game's voice actors. You're asked to create your skater head to toe, before it drops you into to the actual game itself. Nearly everything in the large open world of New San Vanelona is accessible straight away, with only select rails, pools and other property becoming available to you later on in Career mode. If you want to get straight into the action without worrying about your character's appearance you may do so and get back to the editing later where you can change everything previously, including the gender of your skater.

Skating is controlled with the "flick it" system just like the previous game, except now it has around twice as many tricks as well as other features and refinements. If this is your first time playing skate or you're only used to the controls of the Tony Hawk's series you may find it overwhelming at first, but it doesn't take long to get used to the intuitive setup and brings a realistic weighted feel to the gameplay. On-foot controls are functional but not ideal. Turning your character is performed with the right stick and running is with the left. The result is a clunky, almost tank-like movement. Running up stairs also looks awkward and is too slow. Additionally, sometimes when you're getting back on your board you will just bail straight away for no reason.

skate 2 is presented through a fisheye lens for almost the entirety of the game. This once again gives the game a resemblance to the way skating videos are sometimes presented. This as well as the waist high default camera view gives a real sense that someone is following you with the camera. If you dislike this view you can change it to a similar view seen in the Tony Hawk's titles. The game engine always strives for 60 frames per second, but hits the mark only half the time. Even so, there's rarely a game-breaking drop in frame rate. Certain areas won't ever run at 60FPS, and frames drop when travelling at high speed such as down a hill but again it's largely a non-issue.

One problem in particular that has popped it's head up (and the rest of their bodies) again through career mode is that pedestrians and other skaters get in your way. In one instance, A pedestrian was standing in the way on a ramp which I needed to complete a challenge, and in another challenge I had to do a plant above a half pipe with another skater skating in the exact area where I needed to be. These are only two examples, but NPC's blocking your way is common throughout the game. Also, if you run into an NPC at slow speed, you will move in the opposite direction immediately. Turning around just as quickly isn't always easy because you may be near other obstacles. Getting off your board and just turning around when you're standing still sucks because of the rotten on-foot controls. A challenge can become frustrating if you require restarting over and over again. Opting to restart a challenge takes too long by asking "Are you sure?" every time, and afterwards some challenges have a countdown timer from 3, wasting more of your time. The game will sometimes respawn you in front of (and sometimes inside) the obstacles you just bailed on, such as movable objects or cars, so that you have no chance to try avoid them without turning around. This is most common if you crash head on with a car down a hill, with you respawning right in front of a car for you to crash again.

The voice acting settles in smoothly with the game. Comments from your cameraman and others remain pleasant even after repeating a task or action such as bailing. The soundtrack is excellent and isn't entirely based on a type of sound or genre. It doesn't always play at a set volume like one would assume; the sound source is usually from a sound setup in New San Vanelona for added immersion.

The replay editor may seem like too much for first-timers, but it's easy to get used to. It saves around 30 seconds of past gameplay at it's peak, with less time in certain areas. You may also take a screenshot at any time during the replay. There aren't too many camera and effects options to play with (in fact there are no effects except for slowing down the speed), but the minimalist style suits the game. It promotes upcoming downloadable content (which has since been released) for video effects and more camera angles, some of which may have been available for free in the original game. The game doesn't simply share raw replay data itself to other consoles. Instead of a data trade similar to Halo 3 or Banjo-Kazooie: Nuts & Bolts, users share encoded video. After editing your desired video, you have to wait for the video to be encoded before continuing. In my experience a 5-10 second video takes about a minute to upload to skate.ea.com.  For those with slower internet connections, there is no function to allow video to buffer before playing. My 1500kb connection could not keep up with the in-game playback. Unfortunately after completing a challenge, the replay editor doesn't remember your movements, so your awesome challenge-winning line will be lost forever unless you pause the game before completing a challenge.

Online Free Skate features Burnout Paradise-like challenges which you can select to opt-in or not when a challenge is proposed by your game's host. There's plenty to do here, but if you're impatient the less talented skaters online may aggravate you in your quest for completion. Just like Burnout Paradise, your best experience in this mode will be with friends or other players who are competent at the game. Ranked matches consist of competitions and races like those seen in career mode, except it's online with real players. Participating in these events earn you experience points which eventually earn you bronze, silver and gold badges as well as cash for career mode. Switchable options such as allowing skaters to pass through each other make it an enjoyable online outing, and possibly the most fun you will have with this game.

skate 2's new fleshed out online mode is what gives the game it's worth, so if you don't have access to online capabilities you should probably sample the game before making your ultimate choice. skate 2 is great when you're freely skating at your leisure, but when you're given career challenges to follow, it's flaws can sometimes get the best of you. skate 2 brings in and brings back great concepts for the genre, however it's a series which still remains with untapped potential.
Load Comments

Problems do remain but it's still the better skateboarding game 0

I do admit that i never played the first Skate, but the demo stayed on my hard drive for over a year as i got addicted to the new, interesting control scheme and focus on realism. When the demo for Skate 2 was released i was disappointed by the extreme short time limit to skate around.  I knew then and there that i will own Skate 2 and now i do my opinion on the game has changed.The game starts you off after the events of Skate It for the Wii as San Vanelona has been rebuilted after an earthquak...

EA Blackbox took advantage of a downbeat genre to release ‘Skate’ back in 2007; a critical darling which dumped arcade high-scoring gameplay for a more realistic trick-centric approach. Though the first game received oodles of praise for its innovative design, it wasn’t without some obvious flaws and Skate 2 does its best to eradicate most of them.Story wise, Skate 2 continues a few years after the conclusion of the first game, 5 years to be exact, all passed away incarcerated in San Van prison....

Skate 2 makes a load of interesting changes to the structure of the average skateboarding game and includes enough interesting multiplayer options to keep players going for awhile.

Add new review * Read the most helpful review by elektrixx 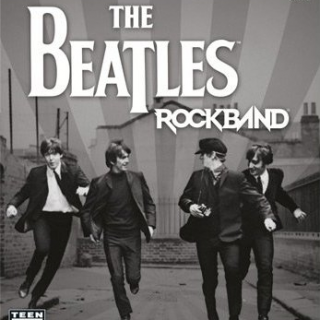 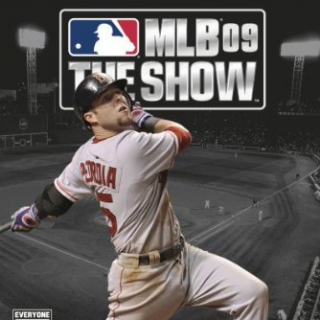