Mario is on his first real adventure on the Wii. But will it even begin to live up to the hype it has been getting? Yes.

Story
The story in Super Mario Galaxy is simple. During an annual Mushroom Kingdom Cometfestival, Bowser once again comes and rips Princess Peach's castle out of the ground. Mario is zapped out into space. When he wakes up he meets this strange new character named princess Rosalina. Princess Rosaline offers to help Mario. The story isn't great but thats pretty obvious. No Mario games have had a deep plot.
Gameplay
The gameplay in Mario games is what have made them so successful. The same awesome gameplay is here, but this time with the Wii's motion controls. If you point the Wii Remote at your TV screen a little star will pop up. This basically becomes your cursor. You can use this to collect Star Bits which act has a weapon and also as the currency of the game. To shoot the star bits at enemies you just press the B button. This will stun them. If you shake the Wii Remote Mario will do a spin attack. You can kill enemies with this or you can get a little extra height on your jump with it. A button is jump. All this feels incredibly natural and works perfectly. If you have a friend over, he can pick up the second controller and then he will also get a star cursor on the screen. He can collect star bits for you or stop enemies from coming near you. Having the friend helping you makes the game drastically easier. Which can take away the fun a little.
Design
Super Mario Galaxy has the best design in any game that has come out yet, in my opinion. The design in Galaxy is what makes it special. Every thing you step on has its own gravitational properties. You have no idea how fun it is to try out new things with this feature. You have to play it to believe it. Also all the different planets look beautiful with amazing design. The camera also is great. There are just a couple times you will get a tiny problem with the camera. But other than that it works almost perfectly. You have to collect 60 stars to finish the game. Which doesn't take that long. But if you want to get all the 120 stars its gonna take you a lot of time. Because the last couple of stars are really hard to get!
Presentation
Super Mario Galaxy has the best graphics on the Wii yet. The game simply looks beautiful. It obviously doesn't look at good as say COD 4 or Halo 3. But this game really shows that design and artwork beats graphics. Everything is so colorful, detailed and gorgeous. If you think the Wii can't produce good graphics you need to play this game. Also the music in this game is amazing. Everything is orchestral. It sounds beautiful. You will hear old classics and also new masterpieces. Its just unbelievable. This game has one of the best soundtracks ever put into a video game.
Overall
Overall this game is amazing. If you have a Wii you need to buy Super Mario Galaxy. If you don't own a Wii you need to buy a Wii then buy this game.
Load Comments 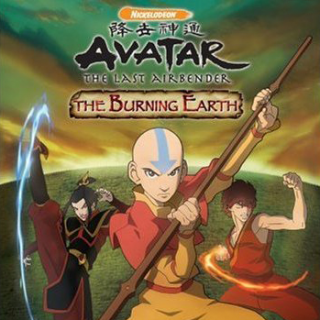