Mario Party is possibly one of Nintendo’s most divisive properties. People seem to think along the lines of “This is fun chaos!” Or “This game and concept should burn.”

To give you an idea of which camp I fall into: the last birthday party I had saw me and eleven other people situated under one roof, running three separate games of Mario party, by my request. Needless to say that house has since burned down and I am currently doing six months for aggravated assault.

I can’t say that Super Mario Party will leave anyone with new feelings on the core concept, but like many of the other Switch titles, it does its damndest to look pretty and (to a greater or lesser extent) reinvent itself.

The cast of characters this time around is an expanded roster of villains and heroes from the Mario universe. There are some frankly bizarre but fun additions like Monty mole and Goomba. One of the cooler sides of this is the inclusion of each characters personal dice blocks. Instead of always using a die that ranges 1-10, everyone has access to a standard 1-6 numbered block as well as a unique character die. Each die can have a variety of number combinations or instead just give (or take away) the player’s coins. Dry Bones, for instance, has three 1’s and three 6’s while Donkey Kong has three 0’s two 10’s and a plus 5 coins. It’s a real nice bit of flair, adding some depth to who you want to pick. On the flip side, it’s also a problem. The die are not particularly well balanced, and picking Goomba so you can laugh at your friends as your little mushroom ass dances to victory may also leave you with a real crappy dice block.

One way the game gets around this is by adding allies. Allies are a new mechanic where you have the ability to pick up other characters around the map. They will follow you and add small amounts to your rolls, as well as acting as bonus lives during certain minigames. Their marque feature is giving you access to their special die abilities on top of your own to choose from.

Maps are roughly half the size, which in theory would equal out since the standard die is 1-6; but in effect with all the extra boosts from allies and special dice the game provides, you end up BOOKING it around maps. Game limits have gone from a max of 50 to a max of 20, and a standard amount of 10. Star costs have been reduced down to 10 coins to match a much more speedy paced game. All of this makes it so that things are always happening each turn and there isn’t a lot of downtime or “just landing on a blue square”. The bonus stars are also mandatory now but there are only two and which two they are is random (which instead of being annoying, ends up giving an actual sense of opportunity and chance for people to catch up).

An innocuous but incredibly helpful change is that you can play a demo of each mini-game you are about to play in the instruction screen (meaning everyone gets to be comfortable with how to play and forgo the all too common practice run). Another is that most mini-games will rank 1st through 4th and will award some small amount of coins to those who didn’t win which keep things a little more neck and neck.

Super Mario Party comes with a handful of game modes giving a varied play experience when you want to do more than just hunt stars all night.

It’s Mario Party; what did you expect?

Sailing down white water rapids playing minigames to increase your allotted time may seem like a really Mario thing to do (and you would be right). This game mode is fun but drags on just a bit longer than it probably should. It’s actually more fun to play two player unless you REALLY like chaos because trying to get people to paddle the right way when there are four of you is a bit of a nightmare.

I had a quite frankly bizarre amount of fun with this game mode that basically pits you against the other players in a half-Wario-ware/half-DDR-minigames-bonanza that makes you shake the joy con to the beat.

On its face, you would expect Partner play to be a simple 2v2 version of standard play. Instead what you get is a complete rework that might be the most interesting new addition to the series: shared combined rolls mixed with the ability to move any direction you like; not just forward and backward but up and down as well. It allows a freer traversal of the map, and for teammates to split up. While one member may be focused on collecting coins, the other can be tracking down and setting up to nab the star. Instead of being on spaces, coins are spread out around the map and are gathered by passing through them. Passing opponents allows you to steal a coin and matching your partners roll gives you both a coin bonus. All these little bonuses give an added layer of strategy and focus on us vs them over a free for all approach—which oddly makes the game far more “stable” feeling despite having more complexity in its rules.

This area is what you’d expect: a free play option to play any mini-game you have collected. The two other modes: Marathon, a best of five minigames where the highest score wins; and Square Off, where players are given a shared grid and each time a player wins a minigame they are allowed to place a square on it. The player with the most squares when the board fills wins. Typically ending in a rage-filled cluster fuck where one player has totally dominated the board.

The online feature exists but is limited to mini-games. and just isn't the same experience when you can't see the shame of defeat in your friend's eyes.

Probably more than any switch game I have played so far, Super Mario Party uses the joy con in fun and meaningful ways. From pumping balloons to searing and flipping meat cubes, the motion controls and HD rumble hit the sweet spot you want them too. I will say It’s the first time I found having the safety strap on might be warranted. During one overzealous round, I was decked in the face by a friend and can now officially say I have bled for Mario party. The joy cons are actually fun rather than feeling like a half-used gimmick. On the flip side, there is virtually no good reason to play Super Mario Party undocked. When undocked the screen and visual information can become difficult to see and the game requires you to play with a single joy con on its side, so you can’t even play it in a true portable mode. All of this makes it a little baffling why there is a whole subset of games possible to play that requires more than one Switch. It’s a cool effect watching your characters hop from one screen to another, but it serves no real use and can’t even be used for te core game types.

Unlocking and the hub world

Instead of fancy menus in Super Mario Party, there is a hub world that you walk around with your chosen characters. It’s pretty-looking and luckily you can opt into a menu item given to you called a “party pad”—which is what a Nintendo iPad would look like. It allows you to select everything quickly in a standard UI interface, effectively giving you the best of both worlds. The party pad also allows you to unlock extra goodies like stickers with points you earn from playing any of the game types. There are some weird choices made here though, like the fact that you have to unlock “advise” which are just tutorials, to tell you how each level works, which you can only unlock, by having played the level...

A Wierd History and Self-awareness

One of the funny things that I ran into was that the game has either a hilarious or aggravating habit of making you and your co-players all make a gesture together to show that you are all “just so positive and in-tune with each other!” The juxtaposition of this fun little action against the backdrop of the rage and chaos of Mario Party is honestly the closest I might ever get to enjoying sadistic irony, but your mileage may vary. There is another tidbit which leaves me unsure how self-aware Nintendo is of the rage-inducing nature of these games; hidden away on the menu map is Birdo, who will tell you all about her time playing “the Mario parties” and will get lost in reverie as she tells you “man did they get heated!” Yes Birdo, they sure fucking did.

One of the downsides of added complexity is that occasionally a single player’s turn may start to drag a bit. In a party environment it’s not much of an issue, but when playing solo it makes you beg for a fast-forward button.

A much larger problem is that there are only four maps compared to the six of most previous versions. The core Mario party game mode seems barren with just enough minigames to stop repetition in a 20 turn game. The other game modes are good, but they end up just not being the thing you are actually there for. Of the four maps, three are available at the start and one has to be unlocked. Each is clearly lovingly crafted, but one or two more maps would have gone a long way to give a sense of choice.

There is a real sense of quality over quantity in Super Mario Party, which all in all is probably for the best. The original Mario Party was a little limited and the sequel ended up using its content and adding new games to increase its library. I can only hope Super Mario Party 2 will do the same.

Ultimately, I feel the key thing that you need to understand about Super Mario Party is the same thing you should have learned after ten iterations of the original Mario Party. This shit -is- or -isn’t- for you. For those who love it, Super Mario Party can feel a little empty at times but mostly hits that same itch and rewards you for spending time with it. It holds the spark. For those who don’t…well, you’ll probably save a lot on your insurance and legal fees.

Add new review * Read the most helpful review by professorwhy 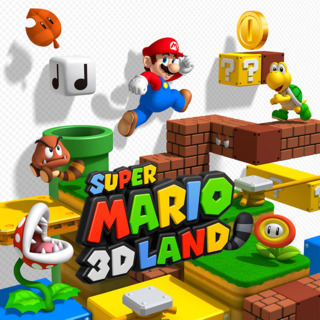 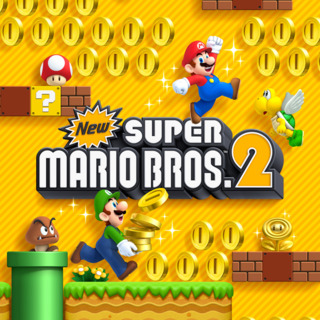 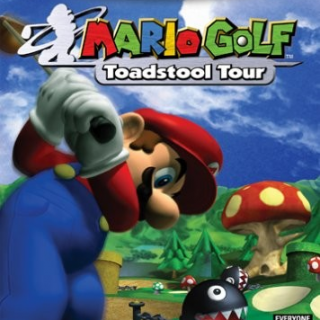