A deeply satisfying, if not unmissable, roleplaying experience

Obsidian's The Outer Worlds is a game that treats the RPG mantle with a lot of love and respect. While it doesn't innovate on the now well-worn mechanics of RPG design, it delivers its story with wit and a rare reverence for player choice-making, making this a deeply satisfying, if not unmissable, roleplaying experience.

The Outer Worlds is set in an alternate future where a board of megacorporations have begun colonising and terraforming alien planets. One colony ship, The Hope, breaks down mid-journey to the furthest reaches of space, leaving its population — some of humanity's brightest scientific minds — adrift in cryo-sleep. The player is awakened by eccentric scientist Phineas Welles, who reveals The Board is irredeemably corrupted, forcing colonists into a meagre existence while wealth is hoarded by a greedy few.

Phineas entreats the player to help him in his mission to awaken the rest of The Hope's crew, bring down The Board, and bring order and prosperity to the outer worlds.

The Outer Worlds uses The Board's hypercapitalist ideals to great comic effect, from the slogans chanted by vending machines ("You've tried the best, now try the rest – Spacer's Choice!") to the jargon spouted by the colony's more corporatist denizens.

Beneath the cheery, neon veneer of The Board's many brands and subsidiaries is a society struggling to perform even its most basic functions, the result of coprorate mismanagement and resource scarcity. This is where most of the game's main quest spends its time, with the player making choices that will affect the lives of those living on the outer worlds, and ultimately impacting the fate of the colony as a whole.

Unsurprisingly, there are a great many parallels to be drawn between The Outer Worlds and Fallout: New Vegas. As you complete quests, you'll frequently be asked to make choices that directly affect the course of events. You'll have the opportunity to help – or hinder – towns, making difficult choices to divvy up scarce resources among some of the colony's less hospitable planets.

You can choose to get involved in The Board's corporate skulduggery for handsome, ill-gotten rewards, or you can focus on bringing the corporatists down, sabotaging their far-reaching enterprises wherever you should find them. You get the satisfying feeling that the way you create your character has a direct and tangible impact on the course of your playthrough. Options are made available, or unavailable, to you on the merit and weaknesses of your character, as determined by your allocation of points into stats organised in categories including melee, ranged, defence, dialogue, stealth, tech, and leadership.

Combat feels fast-paced and well-tuned, from the clashing of sabres and plasma cutters to unleashing a varied arsenal of ranged weapons. There are also unique weapons to be found, from an amusing shrink ray to the gloop gun, which sends enemies soaring helplessly into the sky.

Despite the fun of combat, The Outer Worlds suffers from feeling imbalanced once you get a few levels deep and have equipped a couple of decent pieces of gear. Playing on hard, I found that all but the most intense fights felt trivial after only 10 hours of play. I didn't have to do much strategic thinking, or make much use of companion abilities, as fun as it was to watch their animations play out.

The moment-to-moment gameplay – traversing areas and completing quests – is your standard RPG fare; you'll pick locks, hack terminals, find revealing documents, and pass speech and stat checks to gain access to unique paths of story progression. The Outer World's design feels very close to the blueprint set out by RPGs that came before – but to be fair, Obsidian has been instrumental in defining that blueprint over the years. While the format isn't exactly innovative, it is delivered with an exceptional level of quality here.

Perks, a popular Fallout mainstay, are also found here, but with the interesting addition of Flaws. These turn the perk system on its head, providing you the choice of accepting some often quite severe character penalties in return for immediate access to the benefits of another perk. There are some flaws too significant to feel worth it – 'Permanently Crippled', which reduces movement speed by a painful 30%, for example – but there plenty that are situational enough to make instant access to another perk tempting. It's a novel system that offers another layer of decision-making to the character-building process.

Over the course of the game, you'll assemble a rag-tag crew of companions who travel with you aboard your ship, The Unreliable, and accompany you on missions. Each has a companion quest which offers you an opportunity to learn more about their history. These companion quests are among the best in The Outer Worlds and go a long way to helpingthe game's world feel lived in. From Parvati, a shy engineer, to SAM, a modified automechanical cleaning droid, there are six varied companions to recruit and take along with you.

It helps that the environments on display look fantastic. Obsidian have put the Unreal Engine to great use, with brilliant sci-fi vistas serving as the eye-watering backdrop to the colony's run-down, oil-drenched towns. Some more affluent areas are adorned with ornate marble and decorative columns, all of which are rendered excellently, lending them an austere, decadent quality.

All told, the adventure will last you around 30 hours. There are several facets to The Board, and the outer worlds that are left unexplored by the game's conclusion. These could all serve well as a sequel or DLC. While you will journey to several planets and stations throughout the course of the game, The Outer Worlds does end up feeling rather small in scope. What it lacks in breadth it makes up for with depth, however, as you could replay the game several times to see its multiple endings and experience playthroughs altered by the type of character you decide to create. I certainly didn't feel robbed by the relatively short playtime; it's more a case of the available content being so good that it could have easily gone on for another 30 hours before I'd had my fill.

There are a few nuisances that become noticeable over the course of a playthrough. To travel to a different planet, you have to return to The Unreliable and interact with the navigation computer. Once you've arrived, you then have to leave your ship before you can pick a fast-travel destination on that planet. It's a small thing, but over the course of the game you'll end up wishing you could fast travel directly from the cockpit.

Healing in the Outer Worlds is done via an inhaler that you supplement with adreno charges. However, the inhaler can also be fitted with up to four other consumables which, when taken, all activate their effects simultaneously. That means in addition to healing yourself, you could increase your movement speed, boost your damage, remove negative effects, and more. This could have created some really interesting moments, but the overall ease of the game meant I didn't feel the need to make use of these consumables at all. It's also a little cumbersome to browse the many consumable items you'll find, as you have to hover over each one to discover its effects in the menu.

Ultimately, these annoyances don't distract from the overall experience with The Outer Worlds. Obsidian has proven again that their RPG chops are among the best in the industry, making it really easy to recommend this game to anyone who likes Mass Effect, Fallout, Borderlands, or RPGs generally. Given their recent acquisition by Microsoft, I'm really looking forward to seeing what Obsidian can do with more resources and a bigger budget.

Other reviews for The Outer Worlds (Digital) (PC)

A concise, engaging RPG that serves as a palatable reform, not a thorough revolution. 0

The Outer Worlds was my first successful foray into the world of open-world RPGs. Usually, they are simply too much game for me, and I tend to drop off once I tire of the gameplay. But when I learned that The Outer Worlds would exist at a smaller scale, I decided to climb aboard -- though I'd be lying if I said the price didn't help usher me onto the ship.I'm glad I gave it a shot. The Outer Worlds is a game full of interesting characters, intriguing environments, and solid dialogue. From start ...

Great and Refined RPG, but doesn't do much new 0

Usually how my large RPG games like this go is I get very into them, doing everything I can, and then get burnt out and never finished. Happened this gen with Witcher 3 and Fallout 4. People are saying that it didn't happen with them on this, but honestly it still happened for me. I got to around middle of Monarch before I called it quits. I want to say about half way? I like how simple the ranking and weapons really are as well. First large part of the game there are only a handful of skills. A...

Add new review * Read the most helpful review by vrkobold 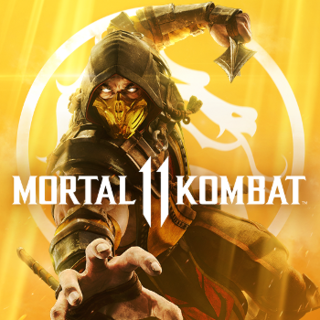 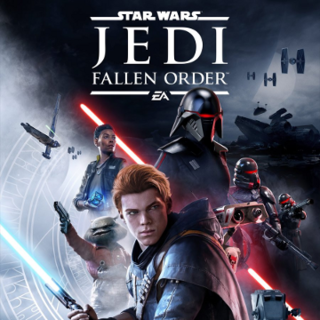 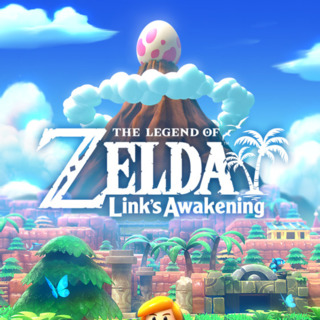