Right from the get-go, Trine is the sort of game that knows what it is and isn't. It is a (predominantly) downloadable game, with a modest scope and healthy, but not particularly lengthy run time. In that regard, it's not particularly different from its contemporaries on services like Steam and XBLA. What it is not, however, is a game that should be scoffed at in most any regard whatsoever. While Trine is a game with a very specific mission in mind, one devoted to delivering satisfying combat and environmental puzzles, it is nevertheless one it accomplishes brilliantly. From the level design to the accessibly nuanced gameplay and physics mechanics, Trine is an intellectually stimulating ride whose intrinsic traits easily justify the cost and hard drive space without much reservation whatsoever. If you're in need of a more wallet-friendly game that doesn't sacrifice integrity or quality, Trine is definitely a game worth investigating.

Trine's story premise is probably the least developed aspect of the entire package, but what's there is sufficient enough to contextualize your antics and drive you from one level to the next. You play as three nameless characters, a wizard, a thief, and a knight, who are more or less forced to inhabit the same body because of a bond they have with the titular artifact the Trine. Their journey is one that seeks separation, searching for a way in which they can all regain their own bodies and move on with their lives. The plot never gets much deeper than that, although the deliberately medieval campiness brought to life by Shakespearian-like voice actors do keep things lighthearted and entertaining for the entire game.

Although all three characters are permanently bonded together for the time, one can always be active to access their abilities, with the other two being promptly available with a quick key press. The wizard, for example, is able to summon platforms and manipulate objects to cross chasms, while the thief is acrobatic with her trusty grappling hook and the knight is combat-focused. Even early on in the game, this creates a really great team dynamic, as no one character is suitable for every conceivable situation a level presents. Within a few minutes, for example, you might need to fight some skeletons as the knight, cross ravines as the thief, and create bridges as the wizard. Every character is made to be flexible in their abilities and it's all balanced to such an extent that everybody gets pretty equal amounts of exposure. No one character is ever made to be used for long stretches because of that. Soon enough in the game, you'll find yourself switching characters out quickly and using their abilities in tandem simultaneously to conquer the levels, which consistently creates a great feeling of satisfaction when everything works as you planned.

This is greatly complimented with Trine's level designs, which present a slew of thoughtful puzzles that are often open-ended enough to support multiple solutions. This is especially true in the later levels, when things become more ambiguous and the game leaves it up to you to decide the best path for going forward without providing any explicit hints. While some puzzles do show up multiple times and are somewhat exploitable, they tend to be easy obstacles that aren't meant to take up much of your time anyway. The main ones unique to each level, however, are really well-developed, as they force you to stop and evaluate the area momentarily, but are rarely frustrating to the extent of requiring a trip to GameFAQs. More often than not, such solutions are also simpler than what you may original think, making it a testament to the eloquence of Trine's underlying gameplay designs.

Given that the puzzles also physics-oriented, an extra layer of depth is thankfully added since things such as gravity, weight, and momentum often come into play. Different characters' abilities affect the environment in their own ways and the game always does a good job at making sure you take that into account while pursuing a solution. The physics thusly adds more variables to the thinking process without being convoluted and since they compliment and influence the puzzles quite nicely, they're really an integral and appreciated part of Trine.

A good number of other environmental puzzles, however, are optional, but still highly worthwhile. This is because they yield either treasure that the different characters can equip interchangeably or vials of experience used to level up the characters and abilities. Some of them are put in obvious places that don't require much effort, but a lot of them are located in fairly obtuse areas. Once you find their locations, it's sometimes not particularly apparent how you're supposed to go about accessing them. The nature of the loot, however, does a good job at motivating you to explore and persevering with the puzzles, as you're always rewarded for going to the trouble of veering off the otherwise linear beaten path.

Combat, however, also plays a surprisingly major role in the gameplay, as both the thief and the knight have explicit fighting capabilities. Although the fundamentals of this aspect of the gameplay are also simple, they're also as engaging as the puzzles in their own right. The easy execution of attack and defense maneuvers, dependent on whether you opt for the long-range thief or in-your-face knight, is done in such a way that combat rarely becomes tiresome or tedious. Coupled with the fact that experience is also tied into it, as well, there is incentive a plenty to get into skirmishes. While the enemy designs are unfortunately lacking in overall variety, the types do change up consistently enough to make you adapt your strategies accordingly. This is ultimately for the better anyway, for while the combat is really great fun, if typically on the somewhat easy side, the puzzles never cease to be the real stars of Trine, either. The fighting therefore has its place in the overall scheme and it knows that, being a welcomed facet without ever becoming overbearing.

Conceptually, Trine sounds as though it might be a budget indie title that emphasizes its gameplay over its technology, but in this instance, that conclusion would be wrong. In addition to being a thoughtful game with clever puzzles, it's also one that uses its graphics and physics engines to great effect. The visuals make each level look enjoyably colorful and distinctive without being particularly taxing on the hardware; there are settings you can certainly crank up if you have the resources available, but if you have to be more modest, the game's beauty still shines through anyway without taking a huge toll on the computer. Likewise, Trine's use of the PhysX engine does a good job of complimenting the gameplay well, forcing you to take realistic concepts from physics into account as you solve the puzzles and go from point A to point B. The physics themselves are exaggerated in some areas, but it's never to the extent that it stops being plausible. The music is also nicely composed and fits in with each level well, including a few particularly standout pieces along the way. Additionally, the sound design, while not outstanding in either the voice acting or general effects, are competently done with no real complaints whatsoever.

Clocking in at around eight to ten hours, Trine isn't a particularly long game and can be finished within a few sittings. That's perfectly fine, though, as what's there from the beginning to the conclusion is superbly constructed. Trine's greatness truly comes from how it takes the character dynamics, the level designs, and the combat and creates a cohesive, dynamic package out of them that shines brightly. Everything is so well-balanced that it's hard to not find equal enjoyment out of each predominant facet of the gameplay. It's a game that knows how to hold your attention the entire way through, often presenting new challenges without ever having them feel jarring or foreign. Admittedly there are a few puzzles that can be irksome and time-consuming, but again, that's largely resolved thanks to the flexibility that Trine offers you. Otherwise, as a whole, Trine is an incredibly solid game with few real flaws, making it easy to recommend that you go out and download it. Its scope may not compare to other recent games, but it knows what it's doing and it almost always plays wonderfully to its numerous strengths as a result.
Load Comments

Other reviews for Trine (PC)

Given the current marketplace, much of gaming has come down to yearly sequels and variations on a theme. There is not a lot of room for major deviance within that system, much of the time it simply isn’t commercially viable to stray too far from what is traditionally successful. Trine stands out as a well-designed game with a refreshing gameplay mechanic; one that isn’t just a clone of so many other games on the market. While it certainly isn’t the first of its kind – Blizzard did it years ago...

I am the king of the castle! 0

The "puzzle-platformer" genre has gained a lot of traction over the past few years, with the bar now sitting pretty high. While Trine has some interesting ideas and a certain level of creative charm to its design, it also lacks the level of polish that defines the genre's juggernauts. Trine can be a bit of an uneven experience as a result, and your enjoyment of it will probably be directly proportional to your overall affection for the genre itself. First and foremost, Trine's basic gamep...

The physics-based action in this puzzle-oriented platformer from FrozenByte is inventive, satisfying, and visually stunning.

Add new review * Read the most helpful review by huggernaut 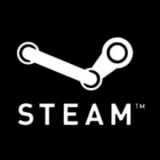