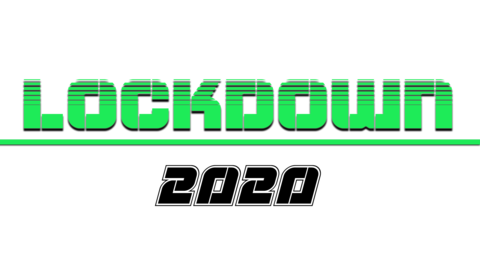 Let's get into that nebula and blast some Terran defectors!

It's a lockdown baby! We're under orders to work from home so here we go!

i'm dead lol even the video thumbnail is on 21:9, oh Rorie

@nicoinfurs: Yeah I think something is funky with the archive, will check in a bit

Sorry if the aspect ratio is weird here! Not sure how it'll look if it's fullscreened, but I hope it's ok!

OMG. I love this game so much. It is one of the games I wish was easier to play without getting out my old Sidewinder.

Hey I am not really sure why the video on-site has black bars on all sides; sorry about that! The YouTube version of it is much better about being full 21:9 if you want to watch it there.

One of my favorite games of all time.

This actually looks like a lot of fun! Is it worth checking out if you didn't play it back in the day?

@stuvning: absolutely, yes! There are some incredibly good mods for this game, including a really impressive Star Wars total conversion.

@rorie: Putting the video on fullscreen gets rid of the side black bars, even on-site. Must just be a bug with 21:9 on the embedded player.

And thanks for the playing Freespace 2, excited to watch!

@darthlex: Cool! The missions look quite diverse, lots of different types of objectives?

@darthlex: Cool! The missions look quite diverse, lots of different types of objectives?

Objectives are your standard defend, destroy, escort, but the campaign makes it feel varied and fresh. For us old people, FS2 is the pinnacle of this genre. Its a few bucks on GoG and should run on anything nowadays.

It also has a huge mod community. Want to fly a Viper defending a Battlestar? There is not just a mod that replaces ships, but it has its own voiced campaign and inertia flight system.

So glad to see Rorie check this out. For those of you that want to hop into this:

Freespace 2 on GoG (it's also on Steam)

A good Rock, Paper, Shotgun article that talks about Knossos and some of the most popular mods

The original Descent: Freespace is also on GoG and there's a upgrade port of it also available via Knossos.

It's been talked about for years on GB and it's finally here. Now all we need is the X-Wing Alliance/X-WingVTieFighter video :D

My favorite game of all time! I spent many a night wishing for a freespace 3 when I was younger.

@rorie I whole heartedly appreciate this vanguard of the 21:9 crew.

gog actually gave this away last year. Don't remember exactly when. Was pleasantly surprised when I saw someone playing it.

Vinny, like you I just check it out once in a while. Hopefully someday soon Star Citizen will have enough stuff to call it a game worth investing a lot of time in. Their goal with it is a scifi fans wet dream. A totally open universe MMO that I can't see anyone else ever building. I am sure Star Citizen will be supported for years and years to come, like WoW and Eve are.

So ya, it's taking forever, but those that are in love with the goal, aren't checking out, cause this is a one time chance for this type of game to be ever be made imho.

Fuck yeah, now this is what I wanna see! Tie-fighter next please!

I always feel like Rorie's 21:9 streams are made for me.

Now THIS is my shit

Malazan is trash. That is all. (Extreme, but the unanimous love across the board just baffles me...)

I think I should play this game. Never had a decent PC back then but with mods this thing looks pretty modern.

@ripelivejam: Er, care to elaborate, or are you going to stick to the "lol ur book suxx0rs" platform?

Thanks Rdawg for streaming this game. Probably my most favorite series as a kid. I dream of a new one. Maybe with more fleshed out squad mates ala XCOM

@rorie There is a pretty sweet keyboard overlay/reference card with the GOG digital extras. It looks like * on the numpad toggles a chase cam, although I don't recall how playable the game is from that viewpoint. I loved playing this and Wing Commander with the ol' Microsoft Sidewinder joystick as a kid!

@vinny I would definitely check out the Homeworld Remastered Collection on Steam if you want to revisit those games, I replayed them recently and they hold up incredibly well! Also, Homeworld: Deserts of Kharak is a great prequel that successfully captures the feel of Homeworld in a ground based RTS.

I so want to get back into space sims, but I need a Goldilocks flight stick that does not exist.

I don't have the room or willingness to spend on a HOTAS, but I want throttle control, so it's got to be a stick with a throttle slider built in.

I got the Logitech Extreme 3D Pro that Rorie is using...and found it to be an absolute piece of trash. The movement was so stiff and the tracking was terrible. The main thumb button is recessed, uncomfortable to press, and gets stuck. The stick is far too forward canted. Returned it.

Then I got a Thrustmaster T.16000M. The quality of motion tracking on this is absolutely fantastic (it uses magnetic instead of mechanical position tracking), but the "head" area of this stick is terrible. The stick is ambidextrous (the thumb and palm rest can swap sides) and like all ambidextrous input devices, is seriously compromised as a result. I have shorter fingers and I can't hit the higher thumb buttons or hat switch without moving my hand up the stick, off the rest. The buttons are horrendously wobbly/sloppy and it's easy to "false press" them without registering. I still have this stick, but I basically can't use the hat or 2 thumb buttons. I wish they made a version of this stick with better ergonomics.

And those are pretty much the only two options currently on the market in my price/casual interest range. There's also the cheaper Thrusmater T.Flight series, which are HOTAS, but small enough to be considered; however they have old school mechanical tracking and I don't think I could go back to that after the T.16000M even with it's faults.

Looks like this holds up pretty well. Thanks for sharing.

Awesome to see some FS2 content on the site, it's a great game with fantastic community support.

@zoofame: Thanks for compiling that list. Exactly what I came back to archive for.

We need to add an "oh boy" counter on Rories and Jans streams.

Would love to see more of this campaign!

This game is classic. Cool to see it randomly appear here. I should mb check it out for myself.

So glad to see Rorie check this out. For those of you that want to hop into this:

Freespace 2 on GoG (it's also on Steam)

A good Rock, Paper, Shotgun article that talks about Knossos and some of the most popular mods

The original Descent: Freespace is also on GoG and there's a upgrade port of it also available via Knossos.

Thank you for posting this! The new mod manager is way easier than installing FSO back in the day.

For anyone interested, I highly recommend playing the port of Freespace 1 first - it sits next to Half-Life as one of my all-time favorite gaming memories from childhood due to its fantastic story/campaign.