by Patrick Klepek on February 29, 2012
Share:TwitterFacebookReddit

The man at the center of this week's controversial remarks regarding sexual harassment in the fighting game community speaks out and apologizes.

Besides Capcom, all silently declined.

The comments took place during Capcom's Cross Assault reality show, a competition acting as a promotion for next week's Street Fighter X Tekken. In the stream, Twitch.tv community manager Jared Rea brought up the issue of sexually inappropriate language alienating potential fans of the fighting scene, and a debate ensued.

It's best if you just read what happened next.

Miranda “Super_Yan” Pakozdi, member of Team Tekken and the female participant at the center of this, chose not to talk to me.

Aris "Aris" Bakhtanians, the male coach of Team Tekken attributed with the questionable commentary, did the same.

A few moments ago, however, Bakhtanians reached out to me over email, and released a brief statement. I asked Bakhtanians if he'd be willing to talk about the situation at length, but he unfortunately declined the opportunity.

His full statement is featured below:

I understand that I said some controversial statements on the Cross Assault show, and a lot of people are deeply offended with what was said. When I made these statements, I was very heated as I felt that the culture of a scene I have been a part of for over 15 years was being threatened. I unfortunately used extreme examples in the heat of the moment and feel that my statements don’t actually communicate how I feel. This is similar to what people say when they get into an argument with their girlfriend, and they say things that they deeply regret. I sincerely apologise if I have offended anyone. My statements do not reflect those of Capcom or myself. The last thing I want to do is get them in trouble for giving me and the fighting game community the opportunity to have an amazing show like this.

What I was trying to communicate is that mild hostility has always been a defining characteristic of the fighting game scene. Back when arcades were more prevalent, people didn’t like newcomers, and players needed to fight and pay their dues to get respect. The debate I was in was with a person who supported professional leagues, who have intent to censor the community to make it more accessible. I think the sink or swim mentality is something that defined our culture, and if that succeeds it removes something which has been important to help create some of the best fighting game players of our time. I was unfortunately unable to make this point clearly. Again, I am deeply sorry for offending anyone. This was a combination of the people taking things out of context and my own inability in the heat of the moment to defend myself and the community I have loved for over 15 years.

It's unlikely, however, Bakhtanians' statement alone will put this issue to rest.

I've received an enormous amount of feedback since the story ran, and I'm still filtering through the comments from both inside and outside the fighting game community. I'm setting up interviews as we speak. We'll revisit this soon. 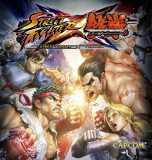 The two leaders in the fighting game genre collide in this ultimate tag-team mash-up. Will you cross the line?