Brad Muir is the world's cheeriest human being who also works as a gameplay programmer at Valve. You may also remember him from his time at Double Fine, where he worked on games like Iron Brigade and Massive Chalice. Send him messages of positivity via Twitter.

It’s been a strange year for me full of transitions. New job, new co-workers, new state, new weather! But I’ve almost completed my Total Dadsformation. It’s great and having a kid is basically the best! :D!

My gaming time has been cut down a lot this year. Mostly that’s a good thing but I feel like I missed out on a lot of the AAA releases. My list probably looks a bit odd but I think it accurately depicts where I’m at as a gamer right now.

I miss San Francisco a lot. And I miss that beautiful CBS Interactive office full of lovable idiots. Hopefully I can visit soon!

A lot of terrible things have happened this year, but I don’t want to throw another log on the “2016 sucks” fire. There were lots of excellent things that happened and it’s worth it to take the time to relish the positives that came out of 2016. Let’s focus on making 2017 the best it can be. I hope that you and your family are happy and healthy in the New Year!

It’s cool to play something MOBA-esque that cuts out a lot of the down time and feels more streamlined. And it certainly fits a busy schedule a lot better than a MOBA that can go from 20-90 minutes!

Battlerite is played in 2v2 or 3v3 modes which I really appreciated. My old man brain isn’t quite fast enough to process a full 5v5 MOBA team fight so I really enjoyed these smaller scale engagements. I’m terrible at the game but it’s great fun, especially when you have a partner! My brother carried me through a bunch of games and we had a blast. :D

Oh man, I can’t stop playing this game! It’s such a perfect small-to-mid-size PvP experience with a solid mobile port to boot. It’s great to be able to play a game or two in bed on my phone. In my pajamas. Probably after cleaning up some poop.

Blizzard’s card design is getting tighter and they’re starting to take the long-term health of the game very seriously with set rotations and a Standard environment. And even though this year’s adventure release (One Night in Karazhan) was a bit weak I thought their two large expansions (Whispers of the Old Gods and Mean Streets of Gadgetzan) were really great. I think Hearthstone has earned a perennial slot on my list!

Firewatch is great. The writing, VO, ambience, and visuals are top notch. It’s awesome to play a game with a more mature theme and tone. The twine-like opening is incredibly brutal and sets up the game beautifully. I’m hoping that Firewatch has shown our AAA overlords that there’s a market out there for games that aren’t just male power fantasies!

Ok it might be a bit unfair to put this one on the list now that I’m at Valve, but I feel like Dotes can be gracefully grandfathered onto my list if you check out my previous top 10s. It’s been awesome meeting the team that’s produced this wonderful, weird game. They’re amazing! And seeing The International 6 from behind the scenes was super cool.

Dota 7.00 was just released and it’s shaking the game up more than ever. They’ve also just released the first post-Dota-1 hero (Monkey King!) and I’d be willing to guess there’s more where that came from. :D!

P.S. NO I DON’T ACTUALLY KNOW IF THEY ARE MAKING NEW HEROES FOR SURE AND PLEASE STOP ASKING ME ABOUT HALF LIFE 3 OK LOVE YOU. <3

Magic makes my list again with another great year. Magic Online was made a lot more accessible, allowing you to draft and play your games individually rather than all at once. It somewhat fits into my life again which is really cool. I think some designers at Wizards of the Coast are looking out for the Magic Dads out there! :D!

Their set releases have been on point with Oath of the Gatewatch, the two new Innistrad sets, and then Kaladesh in the fall. I even got to play in a couple of prerelease tournaments in meatspace with my brother at the super swanky Mox Boarding House. And even though it’s a bit far down the road I’m starting to get excited about teaching my son to play one day! :D!

XCOM 2 is a rock solid follow-up to 2012’s XCOM reboot. I feel like they changed just enough to keep it fresh while maintaining the core that made the reboot so fantastic.

Not everything worked, of course. The new geoscape was a bit clunky and confusing. Cleaning out the “junk” from your giant floating fortress to build new facilities felt like a strange replacement for excavating underground in the original. But the new classes, abilities, weapons, and aliens were all great and led to some amazing emergent gameplay. Losing squad members still had that brutal sting, and soldiering on without them was difficult but incredibly rewarding.

Also that Jake Solomon is a handsome national treasure that should be preserved for years to come! :D!

I’m super proud of Lee Petty and a bunch of my old bros at Double Fine for jamming out another absurdly original title. It was weird seeing this game linger in preproduction for years and years, only to end up leaving the company just as it was coming down the home stretch. Playing it after I had left was a reminder of how committed Double Fine is to originality.

Headlander is full of ridiculous writing, great VO, frantic laser battles, Metroidvania exploration, infinite puns, and spaceships that are shaped like dicks. That’s pretty much all I need for a great experience these days. :D

I’m really curious to see what Lee has in store for us next! Hopefully it involves things shaped like dicks!

Overwatch isn’t exactly what I thought it would be. It’s super similar to Team Fortress, and I was expecting and wanting it to be more similar to a MOBA. But once I got past my initial expectations and started playing the game that was there rather than the game I wanted it to be I started having a great time.

Just like most Blizzard games it’s super polished, nicely balanced, well supported, and designed for people to just have FUN. I think that a lot of PvP games tend to overlook that last one and focus too much on win rates and balance and tournaments and what-have-you. But looking at your PvP game through that casual-fun-lens is a great way to improve it for everyone.

Man I love this series. I didn’t dedicate a lot of my time to the new episodic Hitman but I just love it and want to see it get more kudos. It’s kind of like that actor that’s been around forever and never won an award. And then the academy finds a way to reward that actor for their entire career, but they have to do it for a single movie that was maybe not even that great, but you know that they’re doing it because it’s making up for all of the years they got snubbed. Basically what I’m saying is that Hitman is the Leonardo Dicaprio of video games. I’m hoping to get back to it and play through the rest of it soon! 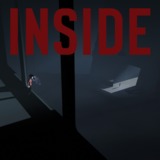 A game from Limbo developers, Playdead, set in a dystopian environment.