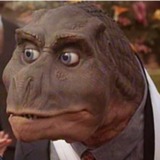 Last year, my daughter began to notice video games and express preferences on what I and her mother would play. I wrote up a quick ranking while snowed in on New Year's Day, and it was enjoyable enough to do again this year. Of course, this was a huge year for the kid, as she is no longer my only child. Being a big sister is a huge deal, and it's come with perks both positive and negative. Coupled with the fact that she's a bona fide threenager now (seriously, the "terrible twos" have nothing on this), and it was a year of big emotions and change. It feels like it won't be too long before she's playing games totally independently, so I'm going to enjoy this listmaking exercise while I still have the chance. At least until her brother gets older and- (looks at blue hedgehog toy Santa brought him this year) oh. Oh no...

Same as last year, I've only ranked games that she experienced for the first time in 2022. This reduced the pool somewhat (once again, I'm sorry, Planet Zoo), but there were still nearly 30 games that made the list in some form or another.

One of the major benefits of a game that involves a small person in a big, mundane world is that children have an immediately identifiable and relatable environment to look at. This is pretty much all you need to explain my daughter’s fascination with Tinykin. The realistic rooms of the house were definitely something that pulled her in, but the cartoon bugs that populated each area engrossed her as well. Ultimately, the only thing that kept this game from appearing higher on the list is that its controls are very much adult-oriented, and a lot of precision is needed for progression. However, the vibe of this game was very much something that held her interest, and it deserves a spot on the top 10 for that alone.

Well, it finally happened to me. All my failings as a parent are on display, as my daughter likes Sonic now. I bought this game (discounted, don’t worry) last weekend, with the goal of letting my daughter play as Tails. She immediately liked pretty much everything going on with Sonic 3 & Knuckles, which is great for me because that was one of my absolute favorites growing up. There are times she got frustrated with Tails disappearing thanks to Sonic moving too quickly, and the trollishness of platforming in the series’ 2D entries barred her from any meaningful progress. That said, she helped me defeat Robotnik in the Marble Garden Zone boss fight in a significant way, and it made her happy to free the animals. Of special note are all the Sonic Mania cartoons and new intro animatics, which she keeps asking me to replay. And while I’ve really only explored the one game, it seems like they introduced a few modern elements (retries of special stages, yay) to help slightly older kids have a good time with the classic Sonic games.

Naturally in a year-and-some-change of three Pokemon games, the “we have Pokemon at home” entry hitting 1.0 captured my daughter’s imagination the most (as well as my own). Part of it is that I can play it on the TV; we only have a Switch Lite in our home. But several of the designs also became things she absolutely loves, such as the Goolder in the above photograph. There’s a yeti Tem, which met her newfound obsession with yetis after watching some ride-along videos of Expedition Everest. I’m thankful she can’t read yet, because the dialogue in the game has much more cursing and mature themes than a Pokemon game. When she gets older, I’m sure she’ll just move towards Pokemon like everyone else, but it was nice to give the other game in the genre its due.

I truly expected this to be at the top of the list, but for whatever reason, she just didn’t vibe with it more. Don’t get me wrong, she loves Strabby and the Mewon family. However, it wasn’t until she discovered Eggabell that the game really held her attention. She became very invested in the fate of Eggabell, and she even had a little meltdown in the car one day because she was worried about Eggabell. The ending basically didn’t even faze her (maybe she was too young to understand it), but she was happy to see Eggabell and Lizbert all right in the end. Afterwards, she drew Eggabell on her whiteboard for a few days (or at least a then-2 year old’s approximation of a person).

The kid is very, very into the G-rated Studio Ghibli movies (Totoro and Kiki’s Delivery Service especially). So when Ni No Kuni came to Game Pass, it was a no-brainer for us to play in front of her, right? Well, I kind of wish someone had told me in advance that the main character’s mom dies onscreen. But far worse than that for a 3-year old? Mr. Drippy transforming from a toy into a fairy. I guess the idea of a parent dying is far too abstract to get truly upset about, but losing a treasured toy is beyond the pale. She insisted my wife play this game for her for a couple of weeks, but it’s mostly forgotten about now.

This is “the fox game”, which my wife greatly enjoyed and I bounced off of. Maybe it’s the colorful world, or the cute designs, or even just the thumbnail of an adorable fox, but she still shouts it out as something for us to play. One thing I might need to do during the next week or so is put it on no-fail mode and see if she’d like to play the first section of the game. I doubt she’ll be able to appreciate the manual, but it would be interesting if her illiteracy doesn’t matter at all for understanding. She tells plenty of stories without being able to read the words; maybe she’ll put her old dad to shame in decoding the messages.

Another game that I felt personally disappointed by but played for the sake of my child. She really loves pressing the meow button, although she was let down by the fact that our cat didn’t care at all about the game. The realistic movement of the titular stray cat is something she still enjoys, particularly when the cat is naughty and scratches / pushes stuff. She really doesn’t like the creepy monsters, and the scene where the cat fell into a pit made her cry multiple times. It worries me because our cat is pushing 16 years old, and he doesn’t have long for the world thanks to kidney issues. Maybe she’ll find comfort in this game when he dies. Holy crap, this was a downer paragraph, let’s move onto…

This game captured my daughter’s imagination immediately with its silly avatars and bright, fun world. She’s had a great time directing me to do stuff, particularly decorating our Guy with various colors and patterns (usually pink). I’ve let her take the controller and play some rounds, and while she hasn’t finished any race, she’s definitely done better than last place several times. I think this might be something she really loves when she has a little more platforming coordination. She even made one of her little Lego sets out to be a Fall Guys obstacle course, which was hilarious and adorable in equal measure. Sparking a kid’s imagination to find new ways to play creatively is kind of the point of any children’s media, so I’m glad that this game accomplished that. Now as for the ease of spending real money, let’s just say I’ve snatched that controller back anytime we found ourselves in a menu.

There’s a Patton Oswalt bit where he talks about his daughter walking in while he was watching a werewolf movie, and how she absorbed the entire gory scene. To calm her down, he played some Schoolhouse Rock about bones and sent her to bed. Naturally, she burst into her parents’ room with a nightmare, only the thing that scared her was the skeleton inside her body. As she settled down, she laughed and said “that doggy was wearing a shirt” in reference to the R-rated movie she stole a glimpse of. At the risk of spoiling that entire bit (too late), I thought about it a lot as my daughter kept wanting me to play Elden Ring this entire year. I avoided showing her anything from it for months! But when she picked up an interest in jellyfish in the spring, I thought I’d just summon the spectral jellyfish and walk around with it for a bit. Not only did she have big opinions on what I should be doing at any given moment, she also wanted to play by herself. I let her jump around in relatively safe areas, as it turns out Soulsborne games are not for 2 or 3 year olds. She accidentally saw a fire giant rip its foot off and try to beat me with it, and that didn’t faze her in the slightest. I keep trying to figure out what about Elden Ring nearly made it her #1 game of the year; my best guess is that the world’s grounded yet fantastical art style let her become invested in a way that more elaborate game settings don’t, but maybe she just likes Torrent and the animals.

Sometimes, as with the #2 game on this list, you get something totally unexpected that a kid latches onto. Other times, you get exactly what you expected. Goat Simulator 3 should be a completely unsurprising entry on any kid’s top 10, particularly when one of her favorite games of last year was the first Goat Simulator. She spent a lot of time just running and jumping with the goat, and you could pretty much just hand her a controller and let her go to town. She needed some assistance with dead ends and turning / looking occasionally, but otherwise she was happy as a clam to play in the goofy sandbox. I was also able to get some split-screen co-op with her for the first time ever (and only time, until Sonic Origins). In the end, Goat Simulator 3 ended up being a pretty special part of her year, and for that it’s an easy #1 on this list.

Honorable Mentions: The "crow game", known to you as Death's Door, very nearly made this list for the same reason Tunic did... Joyride Turbo is a racing game with very good accessibility options for kids, so she had a good 1-2 hours with it... An animatronic called "The Creature" nearly propelled Planet Coaster into the top 10, coupled with the fact she likes watching ride-along videos (see the Temtem entry)... Finally, she absolutely loves the galaxy map and Wrex in Mass Effect; too bad it's a shooting game.

Dishonorable Mentions: It's a shame the execs in charge of Ori and the Will of the Wisps are such pieces of shit, because that was her #1 game until that news came out. The kid was playing with a little owl, pretending it was Kuu, and was so affected by the cutscenes... The only game she actively disliked this year was Gang Beasts. I'm still trying to figure out why.

Blogs Created:
15 blogs
Most Commented blog:
The Value of Written Reviews in 2021 (And Beyond!)
Total Comments on blogs:
97 comments