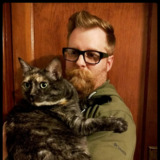 This is just for a Quest

I'm creating this blog simply to complete a quest.  Pay no mind.

Which Game Should I Play?

I just came back from the store.  I bought 3 games:  Final Fantasy XIII, Splinter Cell: Conviction, and Borderlands.  I also bought Just Cause 2 less than a week ago but haven't played very much of it.

Tell me, oh ye wise Bombers, in your opinion, what game should I put in first?

I purchased this game because I like Trek.  This game is a trick, and sullies the Star Trek franchise.  I didn't unlock a single achievement and couldn't bear the game for longer than 15 minutes.  It's terrible.

I thought that my achievements were going to be posted on Facebook, which I think would be great!  So long as you had the option to disable.  Unless I'm missing something, since I haven't spent much time with the feature, this isn't possible.

If I could afford a cell phone in Canada.

Piano in the sun

Takin' my keyboard out onto the deck and finishing Bach's Two-Part Inventions.  Most of them anywyas.

Is it legal what the video game stores are doing?

The chain stores(EBGames here in Canada) are shoveling in the dough with the scam they're running.  For example, you can sell them a game worth $60, get less than $30 in store credit back, and then they'll sell it for someting like $55.  I question the legality of this.  I know this is being done in the States also, cuz the Bombcast mentioned it I remember.

I've been juggling between multiplayer modes of Team Fortress 2 and Battlefield:  Bad Company.  Will play some Soul Calibur IV, but not much because one on one battles just make me angry.

Was awesome at Soul Calibur 2.  Played 3 and didn't like it much.  Am looking forward to buying 4 tomorrow; suspect I will enjoy it.
2 Comments

I am going to a place called Nakina tomorrow morning.  I've been there once before when I was a child.  It is my father's childhood town.  Look it up on a map.  You will be  surprised how very far north it is.  You can't get any further North by road.  Seriously, look it up.  Nakina, Ontario, Canada.