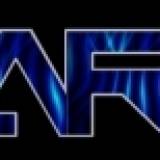 The trademark and name change was filed in March 2009. Here is a statement from newly founded Visceral Games:

"We are not abandoning our past but embracing the future," Schofield says, addressing the legions of fans who will obviously prefer the location-based former name of the studio. "With an obsessive focus on excellence and a relentless commitment to intense action, Visceral Games is set to execute all future games at the quality, innovation and polish of Dead Space."

I just had a Deja Vu/  about someone saying that Minon Everday Hero is already on Giantbomb but under its Japanese name.

I found it at digg.com. I also put this stuff up on twitter.com/badam

This more for me then it is for you.

Animal Crossing City Folk - Want to visit (I have Apples)

I want to find some fruit. Ask me for my Wii friend code if you want to play.

Update: I now have pears,peaches, & oranges.

What happen to Zone Radio Network.

Their servers have been down for a year, I do not think they are coming back.