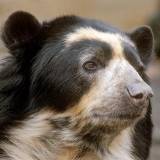 Man, what overreactions. Don't even think Harada is being that serious about pulling her either.

Thinking about this logically, not including a character in the NA release would be a massive waste of resources. I'm guessing a Tekken character is really expensive to develop (500K+ ?). If anything I think we might get a different costume and toned down voice acting for this character on console.

Tekken 7 looks awesome BTW and looks to be shaping up nicely. I think this Lucky Chloe looks hilarious as well - what a troll character! As long as she's a mid-low tier character I think she's a great addition.

@drac96: Wouldn't surprise me one bit. I'm a tad bit younger than Jeff but most people I know that grew up in the 90's saw Akira, Ghost in the Shell, & Ninja Scroll. You'd also often find stuff like Vampire Hunter D or Fist of the North Star playing on random cable channels back in the day.

Personally, I wouldn't call myself a fan of anime but there are a handful that I've really liked (Ghost in the shell, Ninja Scroll, Berserk, Cowboy Bebop, Akira, Shigurui, Evangelion, Samurai X, a few Satoshi Kon movies).

Was a great video. I think critical looks at the game do nothing but help push the game forward. Hope the DkS2 team at FROM see this, but I'm guessing they don't need to and are aware of many of the issues already.

My personal opinion is that many of these issues exist but are not drastic problems. DkS2 is a drop from previous entries, but not a big step down. It has changes for the better, and then some changes for the worse.

Hey guys, great thread. Been enjoying reading through everything here.

Just wanted to pass through 2 new lore video that I thought was very interesting that are a little more big picture and how DkS2 ties into DkS1. From a new video creator, but the few videos he has posted seem very good so far.

Don't know any other game where I can watch other people play it over and over again. Had your stream archives up most of January (while working) and thank you sir for the entertainment. Always looked forward to new episodes.

And you were good at the game. Most notably, you seemed to have a knack for not panicking under pressure and not hitting buttons without purpose.

I think you've done great work in dispelling the "difficultly" wall that has kept people from trying the game. The more people on the Dark Souls train the better.

Had this article bookmarked for a while. Theorizes that Deckard is a replicant with Gaff's memories. Cool to think about.

Just listened to Patrick's comments about the complaints of "playing the game wrong". I agree 100% with him here, some just need chill out a little bit - it's not that big of a deal. Twitch chat was unbearable from this. Even going back to Demon's Souls, the last 1/3rd of these games becomes much easier if you know what you're doing with the upgrades. It's just the way these games are. I think people are just worried about him thinking the game is easy but I'm sure he's well aware that the game can be much harder if that's the way you want to play it.

The first half of the game was enough to show Patrick knows how to the play the game well and he showed real skill in those boss fights IMO.

Wow, Patrick put in some work today. Caught the end, but last I watched he was still in the DLC.

The funny thing is, he's also missed out on so much content from the lore, secrets and Easter eggs. Wonder if he'll ever see them.

Yeah, no doubt – so much awesome stuff. Still occasionally see something that I've never seen before.

Patrick, I'd recommend watching this plot summary that pieces together the story elements that have been uncovered. It's just 20 minutes and would be the one I'd watch if nothing else. VaatiVidya's lore videos are also really good videos about individual characters that are usually ~5 minutes long. Both of these guys base their interpretations on facts from in-game like item descriptions and clearly note when venturing into speculation.

There is so much focus on the gameplay and challenge, but I think the lore/story is an equally important part of why people love the game as well. Just wanted to pass along because you said you might be doing a write-up and I think this would complete your Dark Souls experience. The lore/story is very hard to piece together unless you seek it out while playing and even then you'll probably miss a lot of stuff.

I came back to Demon's Souls and am currently finishing up a new run after 2 runs through Dark Souls. Both are really fresh in my memory. They are about equal quality IMO. Both are masterpieces, but they do have strengths over one another. I know this thread is a little old but some quick thoughts if it helps:

- Demon's Souls has better atmosphere and art IMO. The much darker imagery makes it feel like I'm in a painting at times. It doesn't seem to have near as much lore but still is very interesting. World seems much more cohesive to me. The connected world of Dark Souls is definitely awesome, but felt a little odd at times with the transitions. Better music at times as well.

- Darks Souls really fine tuned a lot of things for the better like Estus Flasks vs Healing Grass. The ability to save up tons of healing items in DeS breaks the challenge a little and when you do run out, hunting/purchasing more is a little bit of a grind. Same with the MP items. Game systems can be more easily abused. In fact, you can cheese the game much more from my experience. Playing it straight up, it's probably a little bit more of a challenge though.

- Demons Souls has harder levels but easier bosses IMO. None of the bosses should be much trouble after Dark Souls. A few of the levels are absolutely huge and produce a tension that I didn't get in Dark Souls. Imagine Blighttown with no bonfires. There are shortcuts for sure, but getting to them can be a much bigger challenge than just getting to a bonfire in Dark Souls. Some regular enemies just seem tuned to be more aggressive/ruthless as well.

- Demons Souls puts the player in tougher situations at times. In Dark Souls, I often feel like I have a chance to get out of bad situations but you have to more careful in Demon's Souls because the environments can be way more unforgiving if you're not paying attention. There is no poise in Demon's Souls so groups can really mess you up.

- Demon's Souls feel a lot shorter. It may actually be half the size of Dark Souls overall (about 15 normal levels of varying sizes ). I mentioned some of the levels being much bigger, but the tradeoff is that there are a lot less of them. Second half of game goes pretty fast compared to the first half as well. Not a bad thing IMO, espescially if you just want to get the experience of going through the game.

I'm really conflicted about tutorials in fighting games overall. The biggest reason is that a tutorial format is not the best way to learn how to play these games well and takes huge resources from the developers when it could be put to use on the main game. They usually just show you the game systems. The don't teach you strategy, muscle memory, spacing. All this stuff comes from playing the game. I rarely use tutorials because most of the system stuff only becomes useful after you've played the game for a while. All you need to start with any fighting game is knowing the basic moves, the timing, and the spacing. For example a new Street Fighter player using Ryu could learn the game at a decent level just using face buttons and never learning how to throw a fireball. Instead new players jump in and just try to dragon punch everything, get frustrated trying to do an FADC in the combo trials and then quit because they think the game is too hard. Meanwhile there is another player who skipped all the tutorials, learned how to use simple moves, how to block, and is competitive with what they can do well.

New players want to "learn" how to play, but they don't get the core of how fighting games work. They confuse technical proficiency with actual playing skill or even think that there is a "right way" to play. What they learn in these tutorials is only good if it can be applied in a match. Maybe that's the thing, these tutorials just focus on performing actions instead of teaching you some basic strategies with the base moves and how to use those in a match.

Last thought, the FGC puts out some great tutorials on Youtube for games. I think avoidingthepuddle.com has the best tutorials out there (they are for Tekken). These put any resources that the Devs are putting in their games to shame and start to show you how to actually play and get better. I think they should hire some of these community guys and just put a video tutorial section right on disc. In my opinion that's best way to teach this genre, explain with a visual of something being performed so you know what it should look like or what to look for.