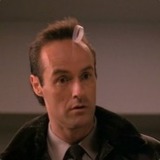 Man, I wanna play that Youkai Watch game. Looks great. Hope it gets a western release.

How My High-Speed Internet Destroyed World of Warcraft (or, Why Blizzard Will Never Recapture the Magic)

In the past, I was a huge fan of World of Warcraft. As with many others it was my first true taste of the MMO experience, though in many ways my passion for the game has diminished as time has gone on. Some of this declination of interest can be put down to changes made to the game itself, as Blizzard began leaning toward generating easier content for a wider audience; I recently discovered, for example, that Azeroth no longer enjoys the dark, atmospheric nights of its former days due to a questionable developer fear that new players would somehow find the virtual day's eventual descent into reduced visibility confusing.

However, not everything that put me off World of Warcraft was the fault of Blizzard Entertainment. A huge component of the enjoyment of World of Warcraft was, for me, the sheer anticipation of actually getting to play the thing. A standard internet connection in my area at the time meant that download times for the game's notorious patches were often in excess of a day, especially when attempting to update from out-of-date DVD copies of the game. A modest hard drive capacity shared on a family computer meant the game and all its patches would have to be erased if something more important required storage, so the process of downloading World of Warcraft was repeated semi-regularly, and came to be an enjoyable ritual all of its own.

It was the last time I would ever sit reading a game's manual before ever digging into the thing, drinking in lore and making sure I understood mechanics. Watching cinematics, listening to music from the soundtrack while pouring over finely printed concept art - by the time it came to actually logging in and playing, the excitement and anticipation had built enormously and would fuel hours of excited game-play exploring the lands of Azeroth.

The less I understood about the game world, the more I was compelled to explore it. Seeing higher level players with unfathomably powerful gear gave a teasing sense of so much more to come. These were the days where a helmet and cape were reserved for those patient (and skilled) enough to climb to the heady heights of level 30, and a mount was a distant pipe dream. As Blizzard began to work toward wafting away the fog of mystery surrounding its popular title, I found myself less and less infatuated with pushing further ahead.

The players were at blame, too - game modifications, sanctioned by Blizzard, took off in a big way: sparse, pared down interfaces; quest helpers; map-enhancing tweaks; all served to strip the game down to its core in service of grinding through content more efficiently, while destroying immersion in the process.

The truth of World of Warcraft and all MMOs of its ilk is that they are the opposite of a fine wine - they are best fresh, and the longer they are around the worse off they invariably become. For all Blizzard's attempts to make the game enticing, the truest enjoyment of Warcraft came from fleeting encounters with it. Ignorance truly was bliss.

So why can't Blizzard ever recreate the magic that inspired so many to play World of Warcraft, that inspired me to devote so many hours to its exploration? My internet is too fast. I can log into Battlenet any time I want, and have the most recent build of the thing installed in a single brief download. Just as the concept of delayed gratification was being eroded from the game itself, the ability to have the game in my hands near-instantaneously had actually diminished my desire to play it. With no waiting period within which to romanticise the game in my mind, it became harder for me to drum up anything beyond a sad apathy when deciding whether to try it again.

A brief rekindled interest had me playing until level 85 through Cataclysm's content, the first time I had reached end-game before another expansion piled extra levels onto my character's to-do list. The end-game experience of repeatedly running dungeons to find a specific piece of gear which was needed to attain an item level required to unlock a higher-level version of that dungeon ad nauseum was the final nail in the coffin. It was the truest confirmation that, for me, World of Warcraft's journey was far better than the destination, something echoed all those years ago as I excitedly watched a download counter etching slowly across my screen.