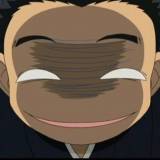 Well this is a truly spectacular player. Lets start with some intresting points before we get to the juicy story. Motto: "Pwnage mode [on] off" Well it seems hes cocky and thinks hes good eh ?

Well next is his bio, wait what? its some sort of emo shit poem, Right.... nobody gives a shit...

Me and my clan were playing Call of Duty 4 Team Tactical, We werent even playing to the best of our capabilities, just chilling out and taking it easy. With two 55 gold crosses on our team its hard to find people who stay in our games instead of leaving in like five minutes.

Anyway one of the many random people to join was this fellow iTz FoZZii, it was a game of headquaters and we beat them pretty bad, i think it was around 250: 25 or something similur, anyway they left straight after like a lot of other people but then we recieved a message from him, which i must say made my day...

"Get a life u sad cod4 bummers. let normal people enjoy the game u game wreckers"


Just wow, seriously lmao wow, to think they can "pwn" in their motto then lose a game and send messages crying over the situation calling us game wreckers? what did they expect of us? to stand still and shoot the floor lol.

Well overall the game was pretty good, the graphics are amazing, very realistec and very detailed. The Ai are much more smarter than in the old game. The storyline in my opinion was brilliant and very well done, i had a lot of mixed emotions through the game. The only thing is the game is quite glitchy which i hope will be fixed in a patch. I sometimes roll and i get stuck on top of a wall or in a wall or in mid air unable to move at all.

In multiplayer the chainsaw is bugged to hell and way overpowered, they seem to be able to reach someone who rolls out of the way or even is meters away from the chainsawer, also the stopping power is pretty bugged and most of the time doesnt work, mostly on people using the chainsaw.

The shotgun has been nerfed to hell, people didn't like the people running in circles with a shotgun but i thought it was pretty fun and when you got good at it, it was easy to do and it wasnt just luck as lots of people say. many times i have stood right behind someone shotgunning them about 2 - 3 times and they havent died in one, which is pretty messed up.

Also the maps seem a lot more complicated than before. Before you would have spawns on each side of the map and weapons would be easy to find now oyu spawn all around in random places weapon spawns are pretty complicated and half of the maps i still cant find my way around.

Yes also the matchmaking im sure i dont have to go into that.

The weapons also seem to bug sometimes, i sometimes shoot people with a torque or boom shot and it  hits them or in the boomshots case lands right next to them but doesnt do anything.

The cover system can mess up easily now many times ive tried to climb over somthing to find myself being launched one direction into (most of the time) Razor Hail.

Well i have been waiting like 2 weeks for my copy of gears of war 2 arrive, the day before release a lot of my friends recieved early copies of the game. I was hoping i would recieve one too as we ordered it from the same place. I waited all mornin n afternoon n nothing arrived so i gave up.

The whole night i was excited thinking only a few more hours then i can rip newten apart with my gold chainsaw. It felt like it was christmas the next day, you know the feeling when your a lil kid. Well morning came waited all morning and afternoon and guess what

IT DIDNT FUCKING COME !
Id like to say fuck you play.com and fuck you Royalmail YOU ALL FAIL !

though one good thing is that i met a awsome guy who gave me a code for a gold hammerburst YAY ! *cheers*