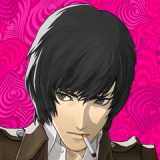 So I guess 'gg' is pretty much universal nowadays

So was I practicing my match against the A.I so i can get used to the tech trees. Later on when I started to dominating the A.I, I see the message that asks me if I want to accept the surrender but also with a message sent by A.I saying 'gg'. I was surprised see that message not from a person but from an A.I. I guess that slang is so universal in the world of StarCraft, the Blizzard decided to put it there.

Blogs Created:
1 blog
Most Commented blog:
So I guess 'gg' is pretty much universal nowadays
Total Comments on blogs:
34 comments