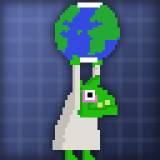 Could the new Xbox simply be Xbox 3?

The marketing angles of the game industry get me all excited, so here goes my rationale behind a new Xbox naming convention.

So there's rumours of a new Xbox slimmed down motherboard going around the web. Along with USB storage updates, it looks like something big is in the works, hardware-wise for Microsoft in 2010.

Obviously Natal will hit later this year. Since its announcement there's been rumours that they'll be treating it "like a console launch", but now there's momentum behind the thought of a newer version of the console coming along too. So what to call it?

The story goes that when naming the Xbox 360, Microsoft needed to include a "3" in the name, since it was only a matter of time before they'd be competing on shelf space next to the Playstation 3.

So the new, slim Xbox needs a name that will reenergise sales but effectively sell the same hardware again.


So what do you think? Did I just save Microsoft spending $100,000 with Futurebrand for a new name?
73 Comments

(I've never liked RPGs before but I do like getting 'involved' with in game stories).

I write this 2 hours into my second play-through of Mass Effect 2. Mostly to get the Insanity Achievement, but also because this game is one of the greatest I've ever played. But I'm finding it hard and in a way I feel like I don't want too.

See in Mass Effect 1, I believed in my decisions, and they didn't seem to have many consequences. When I played it through again, I made the same decisions again, trusting I had made the right moves.

Now having played the sequel, I've come to question some of my decisions, but in the game like as in life I can't go back and change those decisions. I have to live with them. Hindsight is 20/20 like they say; perhaps I shouldn't have got my genocide on when it came to the Rachnii ... but I did, so I'll deal.

During my first play through of ME2, I wanted to get my whole team together, get them all loyal, get the ship ready, then take on the final mission. I like to be prepared. I had casual conversations with many of the crew of the ship. Took a liking to Miranda, but Tali was like an old pair of jeans. Yeoman was a great new friend and assistant.

Then it happened, and it messed everything up.  My ME2 world unraveled in an instant.

The 'Joker' mission came upon me unawares, at the end the crew was all gone (I was miffed about losing Yeoman) and I was told we needed to proceed as soon as possible to the Omega 4 relay.

But Legion wasn't loyal yet, nor did I have the materials to upgrade the ship. So I mined and mined, upgraded the ship. Then after I made Legion loyal to me, I felt to tell Tali to back down. Unsurprisingly she wasn't happy.

So after a lonely few hours before reaching the Omega 4 Relay, I arrived there too late to save Yeoman.

Relationships ruined and lost. Decisions made that were damaging and fatal.  On the flip side however, I made the right decisions about my team to ensure we all survived the suicide mission.

And it's the culmination of all this that makes me not want to play Mass Effect 2 again! I now can go back, make the same good decisions I made the first time, but also fix the errors I made. I can make my own destiny not through on-the-spot decisions but by having a blueprint to my in-game life.

Life doesn't give you this option, and I hate giving this option to my role-playing life as well. I don't want Mass Effect 3 to be a world where everything is based off my duking of the stats, but by the good and bad decisions I've made through the life I've chosen from a conversation wheel.

ME3 needs to reflect the good and the bad in me.

...and that's why it's one of the best games I've ever played.