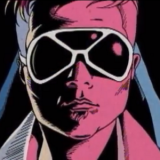 I began playing Vindictus this weekend after finding a working key by scrounging the internet. It's truly a beta since you only have two playable characters to choose from, Lann, a dual sword wielding melee DPS, and Fiona, a sword and shield wielding defense-centered counterattacker. I immediately chose Fiona, because it seemed she was a character requiring more tactics and strategy, rather than Lann's hack and slash nature.  After selecting your character, you're immediately thrown into the chaos that is Vindictus.

The prologue consists of an army looking to kill a monstrosity of a spider, which seemingly was the town's guardian. The "oracle" appears and charges in front of a loaded ballistae to protect the enormous spider, whining that it's just scared. To demonstrate the size and strength of the spider, it climbs to the top of the bell tower. Note that since you haven't accessed the character creator, your character is wearing a helm, covering your face. You and the member of the army make chase. However, once inside the bell tower, you learn **IT'S A TRAP** and enemies have garrisoned inside and ambush your party. You're left alone to fend off gnolls and protect the oracle. This essentially is your tutorial. The gameplay mechanics are rather unique for a MMO. Instead of right clicking an enemy to auto attack and then clicking skills, you have normal attacks which are accessible with a left click, and smash attacks, which are done through right click. Depending on the number of normal attacks you do before a smash attack, changes which smash attack is done. For instance, three normal attacks before a smash attack with Fiona results in an "Ivy Sweep," two AoE sweeps, while four normal attacks nets you an "Amaranth Kick," an AoE kick that does great deals of damage and knockdown. You also have a health bar and a stamina bar, which depletes with your use of smash attacks, and running, the SHIFT key. You recover stamina by standing or walking.

Once you've reached the top of the tower, the spider awaits your arrival. The oracle attempts to soothe her friend, but it seems it's being controlled by another being. Hey, guess what? You fight the spider. After you defeat your foe, it attempts to climb the tower, only to have the tower crumble, and the bell crushes the spider. I couldn't help but laugh.

Next day, you wake up to see the oracle beside you. She thanks you and inquires your name. Well, character creation time. Not much to be said here since it's a beta. Don't be surprised to see someone look identical to you.

The prologue was an instanced setting, so what do you believe the game mainly consists of? That's right, instances. You hit the docks and find a party looking to do a specific mission. Or, you can create your own. Let's just get this out of the way. This is a Korean MMO, expect grind, and lots of it. The developer essentially made one long dungeon, and sectioned them into missions. For instance, in one mission, you might reach the end and fight a boss, but in the consecutive mission, you fight the same boss, but continue along in the dungeon. For completing the mission and certain optional requirements, you receive gold, experience, and AP, which essentially are skill points. Vindictus has a rank-based points system. Each consequent rank in a skill requires a certain number of AP, from 30, 50, 70, 90, 120, 210, or more.

I'll add more as I progress. I have yet to dethrone the white tyrant. He's a giant polar bear.