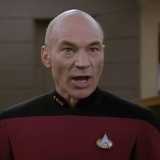 So I just got done playing the first three worlds of pixeljunk eden and all I can say is wow...what an addictive and awesome game.  It took me about...20 minutes to get into a good rhythm with the swing mechanic and I died a few times.  However, once I got the hang of things I loved how the game controlled.  The demo hints at different enemies in the game which can be attacked using a spin move which seems to add even more depth.  The music sounds great in Dolby Digital 5.1, but I didn't notice if it fluctuates around the gameplay or not...ala Rez.  I am definately going to pick up the final version next week and can see this being just as addictive as pixeljunk monsters.

Giantbomb beta. Day one.  Spirits are high.  The hype has been rising for many months.  Finally a website that I actually might take part in, mainly because of  a few key factors.
1 - The GiantBomb gang are awesome.  Obviously dedicated to fans, games, and beverages.  Had more snark-free podcasts and videos than anybody else at E3 (including 1up).
2 - Games are awesome.  I like the ones where, when you press a button or wave a controller, and it controls the movement of pixels on the screen.
3 - Communities are awesome.   I am mostly an antisocial forum person.  I attribute this to not having the right kind of site to get into.  This one could be it.

So...congrats to the giantbomb team (cue Karate Kid theme) on having a place where games, hamburgers, and beverages can thrive.