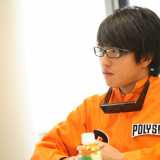 I've spent 2 months thinking about my favourite games of 2012, having played the hot new winter releases, revisited the games I rated highest throughout the year, and also invested some time on 2012 releases that other people seemed to be smitten by but which had passed me by. Right here I've got my final personal Top 10, as well a list of other HIGHLY RECOMMENDED games that I've put the spotlight on recently.

In January I will be finishing up some of the stragglers as well as making some other recommendations (my 4/5 rated list), but this list is the final version, as I've spent enough time deliberating it and trying everything out until I was happy. So without further ado, I give you my Top 10:

My list is full of games that got my heart racing. When Max Payne 3 released in May, I had the best time playing through that single-player story, and simply couldn't get enough. I played countless hours of multiplayer, and returned to the single-player again, loving it all the more. I felt pretty sure back then that the game would remain my favourite for the year, and it has. That is to say nothing of the high quality of the rest of 2012's releases, as Far Cry 3 came and entertained me far more than I had thought it would. The core gameplay is the most fun to be had this year, though I personally felt that Max Payne's overall package provided me with more quality time and higher highs.

2012 has been the best year yet for download-only releases. I have 4 unbeatable games on my list, all unique and thoroughly entertaining. My favourite series returned with a bang, delivering an awesome campaign and arguably the best Halo multiplayer to date. I got thrills out of Playground's debut, and can't wait to see what the UK racing supergroup dev team will get up to next. 2 new IPs round out my list, and delivered awesome experiences in 2 of my favourite genres, stealth and urban open-world action.

My top 10, as well as these 7 honorable mentions all received the spotlight in my Games of 2012 blog - check it out here

These are the games that I own and see potential in, but that I didn't get to complete or spend enough time with to spotlight and ultimately judge against the rest of my GOTY list.