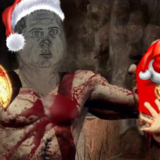 ASIAN Movies that I think you should see!

I already wrote a description for this Blogpost, but Giantbomb had a senior moment and I lost at all. So, these are some Asian movies that I think you should watch. If you want to know about even more Asian movies that are great, go to IMDB.com and look for a user named ebossert. He's not me. PM him your email and he'll send you an excel spreadsheet and 4 word documents containing practically every Asian movie that's ever happened. I did, and I'm super glad I did. I will probably add to this list, especially if I watch some good, non-Asian films.

Oldboy is my personal favorite of Chan Wook-Park's "Vengeance Trilogy". This one stars Oh-Daesu, a lousy alcohol father who is kidnapped and imprisoned in a hotel room for 14 years(I can't remember if that's how long exactly). He is finally released one day, where he dedicates the rest of his life to finding out who it was who kidnapped him. With a surprisingly good romantic story, with some twists here and there and an ending you won't forget, Oldboy is a great movie that everyone will enjoy. I mean, if they're a little open minded.

Shutter[Thai, not the American Remake]

Do not watch the shitty remake. It adds some random sex scenes that add nothing to the plot (and also aren't sexy), and does every scary scene worse. Shutter is a Thai movie in witch the man character starts seeing a ghostly figure after accidentally running down a women on the road one night. His photos keep coming back messed up when they're developed, and his friends start acting strange as well. Ending is great, jump scares are great, and the leads girlfriend is quite attractive. Good ass movie.

If they remake this movie I will not be a happy camper. Battle Royale has a plot that will hook you in immediately. Every year, one high school class that has been particularly rowdy is chosen to participate in the "Battle Royale". In this, the class full of students (plus a few "transfer students") are drugged and taken to a secret island to fight to the death. They get a random assortment of weapons, a map of the area, and the knowledge that they must kill all their friends and classmates in three days or there collars will go off and they will die. Good stuff in this movie, lot's of drama. It's not a gorefest, but there's some cool scenes. And the weapons some kids got stuck with are great.

Happiness of the Katakuris [And by default, the Quiet Family]

Happiness of the Katakuris is a ridiculous spoof of the Quiet Family. While it's not necessary to watch the Quiet Family first, it does heighten the enjoyment. In both movies, the family starts an inn that's kind of in the middle of nowhere. They're having no luck getting people to stay the night, but when they finally do, the first visitor dies. Mortified, the family decides to bury the body in the backyard, because otherwise their reputation would be ruined. Every following visitor at the hotel also dies. Leading to more bodies being buried. The Quiet Family does this pretty seriously. Happiness of the Katakuris, however, fills this with dance numbers, musical zombies, claymation, and more! As terrible as it may sound, it's a hilarious spoof of the fantastic original. Both are great watches!

Chow Yun Fat shoots people in this movie. A lot of people. For a long time. The final hospital shootout is over 40 minutes long. If that interests you in the slightest, check out this movie.

This movie features Donnie Yen. If you care about martial arts movies at all, you should know about Donnie Yen. He was in Iron Monkey, as well as many other films. This movie is more of a drama than a martial arts movie, but when the fighting does happen, it's explosive and brutal. Featuring a unique use of ground fighting and wrestling moves (lots of Judo throws and trips in this one), this movie's action really stands out. Doesn't hurt that the story is good either. Also, the ending is refreshing.


There you have it! Hopefully at least one person will be interested in this and check out some of these movies. I would have had pictures for all the movies, but I can never get the images to work right on here.
42 Comments

I said I was going to update my progress in persona 4 weekly, but instead I just never did it. I got it many many months ago, but I was too busy with pledging and school and the like to finish it yet. I'm on break until August 9th (and have been since May 1st), so I have plenty of free time. I am currently over 50 hours into Persona 4! Wow! I'm amazed I've stuck with this game for so long, and that I've loved it like crazy. I'm glad I stopped watching the Endurance Run so most of the game would be a surprise, but now I'm trying to go back through the Endruance Run to see how the team reacts to some of my favorite moments.

I just rescued Nanako. I did it with only a few days left before the fog, which was a change from the two dungeons before that. Btw, the Void Quest was an awesomely designed dungeon, even if the 7th floor was a bitch. It sucked so hard coming home from a hard day of hanging out with Rise and being greeted with that creepy music instead of Nanako's trademark "Welcome home, big bro!". She's still in the hospital at the moment, so I still come home lonely.
Social Link wise, I've completed Yosuke, Chie, Yukiko, Rise, Devil Nurse, Housewife, Nanako, Dojima, and possibly a couple others. I went the girlfriend route with all the females so far, which sometimes I feel kinda bad about, but honestly that's the coolest route. When I New Game + it I'm gonna go friends with everyone except for Naoto (since I'll probably not even start her Social Link in this playthrough). Hell, I just started Kanji's social link. My favorite Social Link so far has probably been Rise's, but Chie's was so long ago that I've mostly forgotten it. And since I just recently replaced her with Teddie on my team, I feel a little bad :(.

Anyways, the other day I punted a tank. It reminded me of Giantbomb in every single way. That was probably one of my favorite moments of the game. The "Miss Yasogami" contest was great, but I'm pissed stupid Teddie won. Whoever dressed me sucked. I chose Naoto to win the girl version of the contest because I thought it would help me get a S. Link. Surrrre didn't. Umm again I was so hardcore about saving Nanako because I was legitimately mad about the suspect kidnapping my little sister! I knew Naoto was a girl the first time I saw her so that wasn't shocking to me. Teddie's boss fight was amazing. I was surprised I beat the boss in Nanako's dungeon on my first try without filling up my Sp (I had to use a Soma though). I made some awesome Persona's like Anubis and Cerberus, and a few of the Persona's with quad fusion and greater. Yosuke is kind of a douche. Kanji has become one of my favorite characters. Too bad I never use him or hang out with him.

Anyways, this was just an update from me. I was reading through someone's blogs and it somehow reminded me of this. Typing all of this really makes me want to go play some more. I'm just waiting for the fog to clear. There's nothing i can do until the suspect recovers...

Well, Persona 4 is on its way. Since the Endurance Run is over (it has been for some time actually), I figured I would blog about my Persona 4 experiences. Mostly just to get advice to I can play the game well. Please, though, limit spoilers. I'm at the point in the Endurance Run just after the 50th episode, so please refrain from spoiling things that happen after that. I haven't started yet (and probably won't start until Sunday night or Monday after class), but I would like to ask for a couple pointers. First off, I want to build courage. All the bad ass stuff requires courage. Other than eating food out of the fridge, what's a good way to build up courage early on? I know doing Aiya's rainy day challenge is pretty much a must if it's raining, but I want to have high courage.

You know, for the ladies. Heh heh heh.

Anything you think I should know heading into the game, anything you think would be funny, or just anything at all really, just reply to this or send me a PM. There seems to be a really big Persona fanbase on this site. Thanks to some review of Jeff's on GameSpot, and some time spent watching Quick Looks and Tang while my girlfriend was unavailable one time, lead me to the Endurance Run and led me to getting this game. Man, Atlus should really give Giantbomb some dap, because I doubt I'm the only one who had never heard of "Shin Megami Tensei" before this.

Well, I hope at least one person will follow me on this super duper fucking long JRPG adventure that they've probably already beaten twice.

P.s.- Advice is appreciated; however, I want to play the game myself as well. So pointers and quick tips are welcome, but long posty rants about how I'm fucking up the game by not playing correctly are not ideal. Thanks!

Second ps- What should I name my dude? I'm thinking maybe Charlie Tunoku cause it's awesome, or Killmatron Bajillionaire if it will fit.

Blogs Created:
3 blogs
Most Commented blog:
ASIAN Movies that I think you should see!
Total Comments on blogs:
54 comments