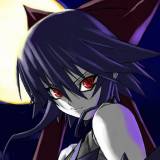 My Descent into the Depths of the Xbox 360 Avatar Marketplace

After years of laughing at a few of my friends who have bought digital goods for Avatar's on the Xbox 360, I took the plunge myself and spent real money to change the digital clothes of a digital character. Why did I do this? Did I go insane? Very possible, but I think the more logical reason was in one part an attempt to make the atrocious new dashboard look any more respectable and one part curiosity if I could actually make something that wasn't just a pre-done character (like the Master Chief or Mass Effect armor that is available to buy).

So with some Microsoft Fun Bucks from Bing Rewards I was off to the Avatar Marketplace for the first time probably since it launched!

Yep, it still pretty horrible. Extreme prices, some atrocious UI and a very annoying background song. The prices are what floored me again. $5 for a digital lightsaber? Wow. Also, as much as some of the stuff was neat, nothing really made me think that it was going to make my friends tab look cooler. Until I looked under Ninja items that was.

Hmm Parkour animations? That was the thought that made me go down this horrible path. I should totally make Faith from Mirror's Edge! The green and white ultra bright blur of the dashboard would make Faith feel right at home.

Plus, even if its a divisive statement I love Mirror's Edge to death. Hours and hours spent on time trials and speed runs, a kick ass environment, smooth but difficult controls and a dystopian world made it one of my favorite games of all time. Everything clicked with my sensibilities. If any of you haven't play Mirror's Edge before Faith is the main character who has a fairly simple but neat and realistic design in my book compared to other video game heroines.

So I scroll over to see if there are any Mirror's Edge items, nope the game is pretty old, of course there isn't any. Damn it. I almost stopped right there and kept my character rocking a leather jacket and plaid skirt. But, I came this far so lets see if I can make Faith with the free items:

The face is alright, and the scar is a goofy but workable substitute for the eye tattoo. But the clothes are all wrong, and I thought that would be the easiest part! White pants, and a black tank top, I thought those must be available items! But at least I don't need to buy red shoes...

So into the marketplace, which as I said before is bad UI all around. There is no way to search for specific items and if you go into say "All Shirts" the Xbox just dumps you into a scrolling view of 192 pages of items. Plus, almost all the clothes can fit into three categories: pre-done characters, sports jerseys and branded tee shirts with game x. So basically if you want anything custom or hell stylish you are out of luck. But, Adidas must have read my mind and they have a ton of fitness clothes for sale. And amazingly they had fairly close items for a Faith avatar, basically I lucked out on my choice.

After a good two hours of messing around and putting in a Mirrors Edge background on the dashboard and spending $8 ($3 for Animation, $2 for shirt, $2 for pants, $1 for gloves) I have a better looking Avatar and dashboard(I think). AND I WILL NEVER CHANGE IT AGAIN.

So, has anyone else out there attempted to make a custom avatar based on characters not officially in the store? I remember seeing custom Jokers when Avatars launched but that is about it.

Blogs Created:
1 blog
Most Commented blog:
My Descent into the Depths of the Xbox 360 Avatar Marketplace
Total Comments on blogs:
7 comments