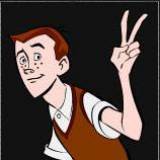 Much has been said already about the "classic" Dungeon Master style gameplay of LoG, and as a veteran of those games many years ago I can say that Almost Human has replicated the formula very well.The game itself is delightfully difficult and makes no qualms about it's sometimes infuriatingly labor-intensive gameplay. There's no hotkeys to swing a weapon or macros to cast spells, it's all about moving your mouse and right clicking, just like in the old Amiga days. I'm surprised there are even ke...

Improved in Every Way 0

Dance Central 2 is a fantastic upgrade to the already memorable Dance Central. Harmonix has improved almost every aspect of the core gameplay while making the interface and presentation even better.I was impressed with how accurate the menu navigation was. This is Kinect Done Right. The menu navigation is tight, accurate, and intuitive. Other game designers working with the Kinect should take notice of this. Unlike several other Kinect games I own, not once was I aggravated with sloppy menu cont...

Decent minigames with none of the crowds! 0

Disneyland Adventures (DLA) is a great Kinect game aimed at the under 8 year old crowd. It’s a pretty good reproduction of California’s Disneyland (not Florida’s DisneyWorld). Little extra touches abound such as the posters in the front entrance and the in-park music that changes as you walk around.Navigating the park is done by holding out your arm in a salute-like fashion, and then rotating it to turn around. It works pretty well. Only the player “in front” can steer the experience, so if you ...

DFHT is a cheap, simple, and incredibly satisfying diversion geared to the under 8 year old crowd. It’s more of a fancy tech demo than a full featured game, but for kids, it’s fantastic. My 6 year old has spent hours playing each of the mini games and when her friends come over, they go crazy. It’s all unstructured play – there’s no winners or losers, no scores to keep track of, and nothing hidden to have to grind away and “unlock”.As a parent, I am absolutely THRILLED with the way Double Fine d...

Not As Good As I Expected 0

While writing a review for The Old Republic (TOR) it’s difficult to not draw comparisons to World of Warcraft. Over the years, I’ve tried most of the latest MMOs to come down the pipe, (Age of Conan, LOTRO, RIFT, etc), and TOR feels like a progression of the genre but still not quite the WoW killer I hoped it would be.Graphically, TOR’s art direction is somewhere between the old Star Wars Galaxies look and The Clone Wars animated series. It works for the most part but considering the extensive s...