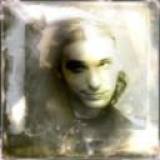 WARNING: This review is only concerned with the story of a game. Even though the story is an important part of a game, by no means is it the defining component. A game with a horrible story may very well be one of the best games ever produced. It's just that my reviews are not about that.

SPOILER WARNING: The following text may contain spoilers for the people who have not finished the game in question yet. Reviewing the story sometimes makes such things inevitable.

"Wet" is all about mixing crazy Hong Kong movie action with 70's exploitation cinema. While this presents the developers a lot of opportunities for storytelling and stylistic purposes, there isn't really anything terribly original here. The writers obviously did not delve deep into the films of the era they are trying so hard to mimic. So in theory the idea is good. If only it was in better hands...

An otherwise pretty contemporary setting gets partly interesting for being free of the usual constraints of the laws of physics. This is your usual video game universe where people never suffer any injuries if they consciously jump from great heights, slow motion saves you from bullets and chainsaws are actually better melee weapons than swords.

There is no constant location here. True to form, this is a location hopping adventure. Rubi literally travels around the world. You will visit, Texas, Hong Kong and London. The problem is that none of these places have a distinctive look to themselves. The world in "Wet" usually consists of hallways and warehouses. The setting is neither interesting nor pretty to look at and it doesn't help the story at all.

Like my review of characters in "Batman: Arkham Asylum", this is a tough one too. In theory things are great. "Wet" has a lot of interesting, larger than life characters like "Batman: Arkham Asylum" does. And they all have a pretty detailed background written for them. Especially on the visual side of things, it's clear that a lot of care went into creating these characters. Rubi's outfit is carefully constructed to be both utilitarian and sexy at the same time, but the sexiness is subtly male instead of pure female. For all intents and purposes we can say Rubi is a man in the body of a woman. Many of the character designs are so interesting that my research partner Dr. Gülin Terek Ünal, was especially interested in them and took her time to examine every single aspect of their clothing and accessories. Pelham, Tarantula, Ze Kollektor and even Dr. Afro are all interesting characters living in a 70s comic book version of our modern world.

The problem though is that there are simply an awful lot of them compared to the relatively short run-time of the story itself. So many of them have literally a few seconds of screen time. Some of them, like The Torturer, die right after they are introduced. It's a funny detail that the life of some mobs in this game last more than quite a lot of supposedly major characters.

Side characters in a story are there to challenge the protagonist in different ways to invoke different character traits in her, so that we can get to know her and she can evolve. But the number of characters in this story make it very hard for any side character to be involved in the proceedings in a meaningful way. Consequently Rubi's interactions with them are very limited. Combine that with horribly uninteresting dialog and at the end of the day you will realize that the wonderful visual style of the characters is gone down the drain and you don't care about any of the characters at all.

Sure, Pelham is evil, but you don't hate him enough because you don't exactly get his motivation for doing that thing he did. Was it a threat directed towards William Ackers, was it payback or was he trying to frame Rubi? Why should I be surprised or impressed upon witnessing Zhi's betrayal when he isn't even established as a likable character I know or care about. Why should I be sad when the terribly generic Ming dies? You could have replaced him with a simple computer screen giving info. (minus the accent).

In fact the characters are so forgettable that I am struggling to remember their names even though the names are printed on screen with giant letters.

This is a fairly generic revenge story with no interesting plot development at all. Rubi is a "fixer" who does not really need any reason but money to do whatever she does. She is double crossed and fooled. She then gets angry and kills everyone on her path. And that's pretty much about it. In spirit of fairness though, this isn't any less than what was expected from the movies "Wet"s trying to mimic. Plot, here, is just an excuse for steering the characters to the next action set piece, and a very weak one at that.

On the plus side you have some nice plot twists thrown into the mix. The main mystery here is the reason why Ackers wants to save his son and then kills him. The fact that Ackers isn't Ackers makes some sense. But it also proves how dumb Rubi actually is for not checking out who she's working for exactly.

In general the plot follows a pattern. Rubi does some job. Things go wrong. Rubi needs info. Rubi finds info. Rubi does the next job. Redo from start. Insert combat between these sentences and you have the plot structure of "Wet". It never pauses to develop character relations or conflicts. It has no tolerance for scenes in which you can breathe. Consequently this action roller-coaster turns into an action free fall. Action saturation makes you care less for the plot.

Some obvious opportunities for developing the plot are missed. There is obvious potential for a love affair between Trevor and Rubi for instance. Imagine the impact Trevor's death would have if he and Rubi were romantically involved a few years ago. Imagine Rubi's anger. Imagine how the final relationship between William Ackers and Rubi would be. And this is only one of the many missed opportunities here.

The plot here is simply not personal enough for us to care. It almost feels like there were previous episodes of Rubi's adventures and we have missed them. This would have been okay in this genre but "Wet" doesn't feel like a good Rubi story.

Again in theory "Wet"s central idea is a great opportunity for the developers run wild with their craftsmanship. In practice it feels rushed and centered too much around the meta aspect of things. They went you to feel like you're in a movie theatre. There is a grainy filter, visible flickering of the projector, commercial breaks and a great licensed sound track. The occasional red filter is done well too.

The problem with these ideas is that they are not always utilized correctly. Commercial breaks are not between acts and come off as random. Transitions are awkward. Red filtered scenes feel interesting for the first few times but afterwards you get tired of them. There are no other filters and even though it sounds like a nice idea to use the filter in a car chase scene, "Wet" uses it in the wrong car chase scene. You get to see a red haze in a spectacular scene which makes you want to see it in all its explosive glory.

"Wet", also fails in writing department. This kind of story requires a lot of impressive one liners, punchlines and long dramatic speeches following the action. "Wet" fails in all of these areas and fails to use other attributes of the movies it's trying to mimic. The dialog is simply forgettable.