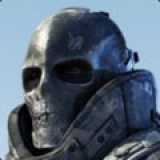 Doing the things that most of the people are doing.

How Video Games Saved My Life

"Bye duders, thanks for playing. You gonna be online tomorrow? Fantastic, send me an invite when you'll be in the game Tim. Good night, guys." - that's what I said to my DOTA2 buddies, before going to bed around 2 o'clock in the morning. Oh how naive I was...

It was the beginning of summer, I was done with my finals. Bachelors degree was in the bag. Second of June promised to be a usual day. Wake up around 9 o'clock, drag myself to the bathroom, brush my teeth, do day-to-day job, play dotes with my buddies in the afternoon, sleep, do it all over again. I had no idea what I was up for...

Loud noises outside woke me up around 5 o'clock in the morning. I have not had enough sleep, so I had to close the window, thought it was just a thunderstorm, but I have quickly realized there was not a single cloud in the sky. Gunshots and explosions. That's what it was. I've never heard anything like that in my life, so I was confused at first. Is it really happening outside? What should I do? How should I behave in this situation? Should I call the police? Can't trust the police anymore...

I checked the internet and realized that military base located nearby my apartment building was being hit by pro-russian separatists. It was unsafe to stay in my apartment, in my home city Luhansk or Ukraine. It took me half an hour to grab everything I could carry from my apartment. Money, documents, clothes, car keys. I called my buddy who lived nearby, we jumped in his car and fled on the other side of the city.

Thirty minutes later we were downtown Luhansk, far enough to feel safe and secure. We were scared, but relieved that we were alright and the most important alive. Suddenly we heard and felt the explosion on the left, car windows shattered inside, covering us in glass... We were driving past local city hall when something went off, powerful enough to make us deaf for the next two hours.

I don't have a lot of friends in other Ukrainian cities, but I had to pick a place to go to as soon as possible. Odessa? Sure. I can figure something out. Whilst on the train I pulled my steam friends list to see weather I have anyone who lives in Odessa. I found a guy who I've been playing Team Fortress 2 with, but that was six years ago. I've never seen him in real life and I've never talked to him outside voice chat. Does he even remember me? Apparently he did. He offered me to stay with him in Odessa until things get quiet, but they never did.

I have not fully realized at that time that I might never see my home ever again, thought everything was temporary, so I was planning my next move. I didn't have a lot of cash, that's why I thought of calling my buddy in Kiev, who I met through Left 4 Dead six or seven years ago. Since then we've been constantly hanging out on mumble and I have even met him in person a couple of times.

In a couple of days I was in Kiev, my friend rented out small studio apartment for me, so I could look for a job and eventually pay him back the rent. I knew it was not gonna be easy, but I didn't know it was going to be next to impossible, thanks to racism towards people from Eastern Ukraine. I've nailed a couple of interviews on a position I was interested in, but was refused both of them after they saw my ID. "We don't support terrorists", "Why are you not fighting the war you started", "Look for a job in your city". That's what I heard not only from shitty fast food places, but from voice-over studios I was trying to get into.

I was running out of money and for the last three hundred dollars I bought a ticket to Czech Republic and asked for asylum at customs. I have not been home for three months and I don't think I'm gonna be able to come back to Ukraine. I have no idea what has happened to my apartments, my possessions or my car. Everything I was working for is gone, I can't contact most of my friends and colleagues.

I just wanna thank some amazing people at Giantbomb who were helping me get through this tough time, props to my Dota2 buddies, as well as people I met through Steam who offered me food and shelter at the time of need.

Duders, never take your real life friends or internet buddies for granted. There might be a time when they will ask you for a favor or you might be so helpless that you won't have anyone to rely upon, but people you've only played a video game with.

Richmond. Am I dead man walking?

Hello, duders, this is my first real blog post apart from the very first one which I used to get the quest. This one is going to be serious because I have a couple of questions to ask.

Anyway, I got an opportunity for the W&T paid summer job abroad. I knew that it's gonna be a shitty job, probably underpaid, but this gives me a chance to live in another country for four or five month. In 14 weeks precisely I thought that I'm gonna be chilling out in San Francisco or having a mazel tov at Brighton Beach. The only thing people, who gave me the internship, had not said is that I'm gonna be working at MacDonald's, what is pretty fucked up already, and that I will have to move to Richmond. I'm ok with hamburgers, but the Richmond part freaks me out big time.

I've heard and read a lot of controversial thoughts on Richmond, VA and it is pretty fucked up place, flooded with crime and violence. I've never lived in a city like that, my home city in Ukraine is twice the size of Richmond and in population (500,000 ppl to 200,000 in Richmond), but it is a quiet place to live. Surely sometimes crime pops on TV, but nothing major.

I'm gonna be working at 18th Broad Street which is fairly close to Church Hill Dist. and Shockoe Bottom Dist. which are, from what I've read are not a great areas to hang out. My apartment will be at or near The Fan Dist.

I'm not physically intimidating, I mean I go to the gym three times a week, but I don't eat sport nutrition to get bigger so I look fairly normal. My question is following: is it as bad in Richmond as people say or these opinions are just non-sense? Should I buy myself a bulletproof vest or am I thinking about this stuff too much?