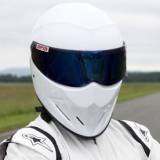 After playing Forza 4 for two years I had 42M credits. I felt like I had all the cars I wanted in my garage and then some, yet I played the game so much I still ended up with an abundance of credits. This was mostly from multiplayer too, because after 100%-ing Forza 3 I barely touched F4’s single player.

I have no doubt the same will be the case in Forza 5. Even if the borked multiplayer system on the Xbox One rains on Race Night’s parade, I’ll go through single player stuff this time around because Forza is typically my podcasting game. I’ve only spent a few hours with the game since Friday, but acquisition of credits at least in single player doesn’t seem far off from the previous game. Turn 10 says they reward more credits compared to F4, but they also don’t reward cars anymore so you’re forced to spend some credits every once in a while.

In Forza 4 Turn 10 introduced Car Tokens. This is a secondary in game currency that is bought using real money. The idea behind it was, and still is, for enthusiasts to be able to jump into their favorite car right out of the gate. Conceptually this is a fabulous idea.

In practice it was fine in Forza 4/Horizon. I personally never used the complimentary ones or bought any. This was partially because I never felt strapped for credits and also never felt like I needed to jump into any one car immediately.

I’m going to attempt to examine the price difference of buying cars with car tokens (real money) in Forza 4 vs Forza 5. I ended up with a list of 18 cars to do this with. I definitely needed to pick some of the most expensive cars in both games. I also needed to go very low and have some stuff in between. I didn’t want a bunch of random Merecedes and Hondas, so I went for more recognizable stuff as well.

You could definitely go crazy with this if you wanted to, but I don’t think I need much to get my point across. Also, I hated my statistics for engineers class so I’m not exactly bff with this kind of math. Anyway, here’s the list.

In Forza 4 cars were broken into three tiers based on their in game cost to determine how many tokens they would cost.

And here’s what the purchasing options were for tokens.

In terms of in game credits these cars are wildly differing prices. The car token prices seem reasonable, but with there being only three tiers it doesn’t allow for much flexibility.

With Forza 5, Turn 10 attempted to add more flexibility to their system.

Unlike the previous game, the token to dollar ratio isn’t nearly as linear. On the screen to buy tokens the $5 pack is labeled as “recommended”, the $20 pack is a “great value”, and the $100 pack is the “best value”. As you can see from the graph that is certainly true. But who the flying FUCK is going to spend nearly twice the price of a game on car tokens?

So this is what I did. For consistency between F4 and F5 my primary point of comparison is the $20 pack, and the token to dollar ratio is 135. Now here are those same 18 cars with their updated in game cost. With the new 0 – 10,000 range of token cost this allows for a much broader range of real world cost for buying cars. But then you do the conversions and… well, see for yourself.

Looking at just the in game cost the most super expensive cars have been shifted a little (a max of 6M credits), but otherwise the in game costs remain the same basically between F4 and F5.

The first price column is that ratio of 135 that I mentioned before. The one after it is a ratio of 125 from tokens bought from $10 packs (so one step below 135), and the second to last one is a 160 ratio from $50 packs (one step above 135). The final column is an average of all three ratios used for shits and giggles.

Here’s where people are going to start telling me how my math is wrong. Or, more specifically, how my sample size isn’t fair, or something. But even if you did all 200 cars in Forza 5 the price curve would look very similar. Bottom line, if you want to buy a car with real money, you could be spending more than the retail price of the game. For ONE CAR.

Here’s what Turn 10’s game director Dan Greenawalt had to say on the matter of car tokens in an interview with Adam Sessler just before launch.

Because we set out to serve such a diverse group of people, we have guys that are simulation gamers. They couldn’t be bothered with our whole economy. They know what they wanted. They know they want to get in on Spa with a grand prix car. That’s what they want to do. And so the tokens are there to say ‘if that’s what you want to do, do it’. But the game is not ever limiting you… We don’t see it as a micro-transaction, we see it as a true accelerator. Not there’s a wall in your way, but you want to jump somewhere? That’s your choice, go ahead and do it.

No wall in my way? Really? Pretty sure if that wall is higher than the price of the game, that’s a pretty big damn wall.

He also hilariously says this after.

And also we start you off with 100 tokens, so even from the beginning we just give them to you.

At the beginning of this post I said there weren’t any cars in Forza 4 that made me want to jump into them immediately. With Forza 5 that feeling changed with the introduction of open wheel cars for the first time in the franchise. But being open wheel high end racing cars they’re ridiculously expensive. The classic Formula 1 cars and the Indy car are available in free play, but the only way to drive the 2013 F1 car is to buy it. It costs 6,000,000 credits or 10,000 tokens. I wouldn’t think twice about paying $5 to unlock it instantly. Hell, I’d even consider it for $10. But over $70? I. DON’T. THINK. SO.