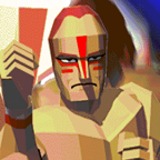 Is the sound for the intro broken for anyone else? Once they start talking it's fine, but the splash screen sound is nonexistent for me other than a glitchy noise at the end.

It's gonna be interesting to see how the Evo acquisition plays out in the long term. I know they've announced they're open to other platforms and Tekken 7 at Evo Online 2021 will be PC only, so that's reassuring. But I wonder if that's gonna hold forever and what they'll do when in-person events return?

I know there's plenty of logistical issues with using PC versions for live events, but what happens when an Xbox Series X version is clearly better than the PS5 version? Are they going to stick to what Evo has aspired to in the past and go with the best version, like when they switched from UMVC3 on PS3 to 360, or are they just gonna force people to use the PS version?

I have faith that they'll do the right thing in the beginning when a lot of the core Evo staff are still heavily involved, but what happens when those people leave/move up internally via promotion? Is this gonna be a scenario like Activision Blizzard where everything's peachy at first but over time the acquisition begins to have more and more overt influence. I hope not, but it's definitely something I worry about.

Is the game audio heavily desynced for anyone else? For me the animation noises in battle are way delayed from the action on screen.

I feel like Nintendo was also pretty definitive in saying "Nothing's coming" prior to the announcement of the Switch Lite.

Edit: Does Microsoft own Fig now?

My bad, that's what I get for commenting before I finish the video.

And yeah, unfortunately hitting X for quickstart is still not in.

Hey Rorie, sorry if you're already aware, but if you go into options you can add a instant restart line to the pause menu. This will allow you instantly restart at the beginning of 1-1 (or 1-4 if you start with the shortcut) with 2 button presses instead of having to go back to the main room and re-enter the door everytime.

You can also choose whether hitting instant restart is something you have to confirm or not, to prevent menuing yourself to death.

... and people say fighting games are impenetrable, this looks like a solid brick wall to me! the inventory screen, the million UI elements, the DnD knowledge, and on top of that it's a hard game! Don't sell me too hard on it!

Real talk im so happy for the hardcore people looking for this experience, it is SO awesome when you get exactly what you want without modern compromises and easy mode for people like me :)

I don't know about Original Sin 1/2 but I do know the older Baldur's Gate and Icewind Dale games that Beamdog did Enhanced Editions of all have a wide range of difficulty modes so if you just want to mess with dialogue and not the combat you can.