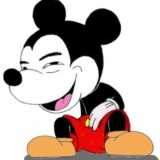 it's time for this thing again. yay :u

you're probably thinking - "holy shit falek. where's your amazing 2.5 ratio? what's wrong? you're the best!" Well...just look at this video. There's at least 3 or 4 guys like this on the opposing team, in every single match i play.

that's basically how polish people play this game. i really can't believe how IW has managed to fuck up the matchmaking in mw3. it's absolutely unbelievable. i guess people from USA are having a blast, but everyone else is boned. this whole region locking thing is a nightmare. playing with people from my country (and my country only. i can't play with anyone else. why? REGION LOCK) is torture. they all suck, they say so much annoying/racist/homophobic/antisemitic/misogynistic and vulgar things... i just can't take it anymore. i can mute them but i still have to look at all those HILARIOUS clan tags [JEWS]/[GAY]/[DIQS] etc. etc. etc. oh, and they also suck at the game. they are either rushing with pp90 or sitting in a corner with pp90. so much variety! so much fun! UGHHHHHHhhhh.

if the next update is not a major fix to the online experience i'm done...

...or not. i bought the elite subscription so i guess i have to keep playing. fuck me and my stupid decisions >:C

at least i still have some okay moments from time to time:

So after a pretty long break from Black Ops (about 2 months or something) i finally played some games (mostly because of the map pack which is meh by the way).  Nothing has really changed. The game is still bad, I still hate Ghost and 74u. Maybe there's a little less lag...I don't know. Anyways, pictures!

This is going way slower than my 'prestiging' in MW2. I don't like this game that much so i don't play it as often. Hopefuly the double xp week will give me a boost :d


i'm rage quitting a loooooooooooooooooooot. my stupid win/loss ratio is terrible because of that. meh. whatever. i'll fix it later.
74u is still a problem. and nuketown. and basically half of the maps. i wish there was some way to filter stuff so that i don't have to play on nuketown ever again. or with people that have AK74u as their fav gun.

sorry about the whining :x i'm really tired of constantly dying the same way. but still...when you have a really good match and everything clicks it's kinda fun.

edit:
also... right before i prestiged i played a match on firing range and i earned a crazy amount of xp. probably my biggest xp get in black ops. i dunno.

totally forgot about making a screenshot and a blog post. right now i'm level 46 so that picture is pretty old.

i forgot about my stats before so here you go.


yeah...so that happened. i'm getting really annoyed with the game right now. i'm not sure i'll prestige anymore. maybe it will get better. who knows?

ak74u is still terribly cheap and super easy to use. it's also super irritating. famas is the same. when i die in the game it's only from those two. it's amazing how many games i'm quitting lately because everyone, and i mean EVERYONE is running around with one of those weapons, and i'm the only person with something different. it's boring, it's stupid, it's the fucking ump all over again. the problem is that the whole ump thing was retarded but the game - mw2 was awesome. black ops on the other hand is terrible. i don't know how but treyarch managed to improve some minor issues from the previous call of duty (boosting/killstreaks/noobtubing) and completely fuck up some incredibly important stuff (audio/NETCODE FOR FUCKS SAKE/sniping/shotguns/leveling/AUDIO/the amount of damage that weapons deal/recoil on some guns/spawn system/maps/visuals and...AUDIO!!!!!!11). i really hope they'll fix all of those issues. audio is much better now and they're talking about bringing back the cod4 sniping, nerfing some guns and doing some other stuff so i'm looking forward to that. until then i'll ragequit like crazy and probably destroy my x360 pad.
3 Comments

my last 10 games were really rubbish.
also i don't really use famas anymore 'cause it's cheap. same deal with the ak74u. easy weapons for bad players.

anyways...fellow cod players. are you going to prestige 15 times?
i will try but i'm not as sure as i was when i bought the game. but my opinion will probably change a little bit when they fix the audio issues (you can't hear footsteps properly).
36 Comments