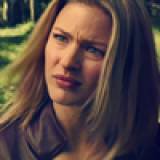 This is a decent fitness game. There are a variety of workouts, some focus on cardio, sculpting (i.e., weights), and toning. There are some geared toward men and post-pregnant women, but all the workouts have good exercises for anyone. I don't like that you have to buy some additional workouts. You can log into the Ubisoft website and create goals for yourself, send calories burned challenges to friends, and view leaderboards. The motion recognition is pretty good. I notice sometimes I get dinge...

This is a fun trivia game. The questions are not on the level of Jeopardy or Trivial Pursuit; they are more general knowledge and pop culture. Still, it's a nice mix and you can buy quiz pack add-ons for specific topics. The game is nicely animated with an entertaining host (yeah, his quips old, but he's not bad). All the questions are read aloud to you as well as being displayed in text on screen. There are 4 challenge trees where you play through a variety of quiz modes to ultimately beat the...

Tak has a weird dream that instructs him to find a Princess and go save her. So he and his friends, Jibolba and Lok set out to rescue her. Pretty simple. Once you find the Princess, your quest is not over as there is much more to the story. The game looks really beautiful on the Gamecube with very little choppiness. When you are carousing around the Dream World, you see the footprints that Tak leaves. The attacks are animated very nicely as well. Tak pulls off some Matrix-esque moves, providing ...

A unique puzzler that is very engaging but too short 0

On the eve of her fourteenth birthday, Ashely Muzuki Robbins received a package from her father (who she thought was dead) containing a mysterious gadget called DTS (which looks a lot like a DS), and an invitation to come to Blood Edward Island to meet him. She boards a boat and sets off for the island. Once she reaches the island she is befriended by a ghost named "D" who wants Ashley to help him recover his memories.The stylus is used to very good effect in Trace Memory. You touch and hold the...

Get Ready to Race 0

The first thing I thought when I popped in the disc was oh, it's like Tony Hawk the Animated Series in terms of graphical styling. I am aware of the SSX comparisons, and Downhill Jam really does remind me of SSX 3--which is certainly not a bad thing.Right off the bat, you can play as Tony Hawk, Gunnar (a muscular Norwegian), Kyla (a hip-hop diva), and MacKenzie(decidely British); and everyone has different attributes, differing from SSX in a positive way. True to form, you can also create your ...

Something for the Fans 0

The missions are pretty short. Objectives are quite easy and a little repetitive, but you play in short bursts so the monotony is over soon. When you die, you have to start back at the beginning of your task at hand, but your progress autosaves after you leave each area (which is essentially from one room to the next), so it's not that much of an inconvience to start over.On par with the show, the game stops every so often for a non-sequitor mini-game. The mini-games are fashioned after the mini...

While the single player mode may be tedious, it can still pass the time. Where the game really shines, however, is its multiplayer mode. Up to four players can bomb each other to smithereens. There are many playing fields to choose from, each with different environmental factors that add a unique challenge to the gameplay. The bombermen you can choose to play as are also varied.Bomberman Jetters has a better multiplayer mode than Bomberman Generations, while Generations has a better single playe...

Insanely fast button masher. It made my hands hurt! I can only play for about an hour before I start getting hand and thumb cramps/aches. Gameplay is very simplistic. The challenge comes in being physically able to play long enough to beat the fighters.The characters are sort of funny. The gameplay is interesting to watch (for other people) as each character has a different set of moves and special attacks.Downloadable content is perhaps more entertaining than the game. You can download the vid...

What a snooze fest! This is one of those games you'd regret picking up even in the $5.00 bin. The minigames are uninspired and mostly consist of running around a grid collecting items (and avoiding others). Between minigames you'll find yourself chewing your arm off waiting for all the characters to crawl across the board. The characters move so slow I'm not sure they qualify as "animated."It's really, really not fun. It's almost painful to play. Don't buy it. Even if you're a muppets fan, even ...