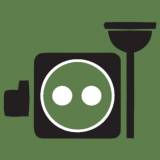 2022 was a tough year for plenty of businesses, and the video game industry was no exception. Workers continue to contend with stifling conditions, and some releases we had high hopes for hobble on broken and disappointing. But we can still sink our teeth into titles old and new that affirm, delight, and empower. Every year, I select the top ten games that I played for the first time and put them in a list, criticism-style. Here is the rich crop for 2022.

One entry in Zachtronics' Last Call BBS collection, 20th Century Food Court feels like the game that the studio has been preparing to make for 22 years. Barth's mechanical design is nuanced enough that a minimal change in the problem he poses can demand a radical change in your solution. Food Court is the epitome of a puzzle box that looks simple enough to solve on first sight but elegantly unfolds to show intricate logical complications. With a surfeit of components in every Rube Goldberg circuit you construct, you're left with a vast body of work to be proud of at the end.

If you're painting a portrait of the universe, realism might make too much sense as a style. Space is a peculiar place, so it's somewhere surrealism shines. Few pieces of media demonstrate a better application of that style to a scientific end than Genesis Noir. Laser-etched comic panels collapse into each other with a smoothness and vive that matches the soundtrack's jocular jazz. Genesis Noir is about the comfortable constants we can bring to mind when reality is changing all around us and our dreams wash down the drain. You've heard that the personal is political; this rain-soaked ramble to the start of time believes that the personal is physical.

Note: Mild spoilers for this one.

Gorogoa is a poststructuralist maze of framing and reframing. It challenges your confidence in your own perception by forcing you to recast scenes and objects to solve puzzles. Perhaps an old man's daydreams are also the pictures in a storybook. Perhaps that Sun could be a gear, and the castle walls are teeth. If Genesis Noir finds peace of mind in consistency, Gorogoa is saddened but intrigued by the idea that everything must pass, that the old order must fall to bring about a new one. I was flabbergasted that right up to its credits, its puzzles were still surprising me with those transformations. Gorogoa twists my head with a narrative that simultaneously has occurred, will occur, and is occurring.

The Legend of Zelda: Breath of the Wild

You don't see publishers taking many risks with the names which sell millions. You especially don't see publishers soothe rousing action epics into serene meditations that ask for sustained deliberateness from the player. Breath of the Wild values forethought and preparation as much as execution and embraces our tendency to ascribe meaning to the products we create ourselves. It does all that while shedding the impenetrable convolution of the survival genre. The newest Zelda asserts a feudal Japanese sensibility not just in its environment but through an atmosphere of quiet and measured practice.

You might know Off-Peak as the prequel to the tilted Norwood Suite. There's an amusing spontaneity to Off-Peak that makes it feel like it's coming up with its quirky characters and bizarrely composed setpieces off of the top of its head. I want a big fish. Its artwork is blessed with crisp lines and flat, loud shapes. Its high-tempo synth is effortlessly cool and always on the move, making exploration of Cosmo D's lively train station a trip.

Experiments are the building blocks of Outer Wilds' play. In fact, they're the reason for its characters' existence; they live to learn. By placing a deep cushion under us for when we tumble from the heavens, Outer Wilds inspires us to try, fail, and try again, rocketing, teleporting, and crash-landing our way to enlightenment. We adopt the probing spirit of science on the holy mission to unlock the secrets of the universe. An invigorating and transcendental ending in which all our theories align caps off this optimistic thesis. Outer Wilds believes in the power of science to revolutionise our planet and every other one too.

It's a long time since I've come home to a Fallout-like, but having cracked the seal on The Outer Worlds, I found all the old charms still there. There's bamboozling a surly guard with a slick speech check, locking in a generous new perk to make me a formidable combat machine, and laying my grubby fingers on fascinating retro-future tech. But as crafty as an Outer Worlds player can get with a pistol or a lockpick, any improvement you bring to its rusting colonial dystopia must come gradually, and there's familiarity in that too. The Outer Worlds lays out a solar system which has run aground and where people have few to no reprieves from their strife. It makes the relationships you form with its valiant misfits all the more precious.

In Scorn, you are sick. Sick with a disease that causes your body to mutilate itself, sick in a way where everywhere you look, you see your own mortality. In painstaking detail, rigid metal architecture is matted with inflamed viscera, and mindless lumps of flesh wander the halls looking for a victim to gore. There's also plenty of mechanism in this biomechanical hellscape. Machines protest any attempt to shunt their gears out of rigor mortis into feeble functionality, and interfaces defiantly resist interpretation. Scorn is a game hurting itself, Scorn is a game that does not want to be played, and Scorn is beautiful.

Like Breath of the Wild, Super Mario Odyssey represents a series that traditionally said, "Here's your goal", now asking, "What do you want your goal to be?". In previous 3D Marios, we pursued one Star or Shine Sprite per chapter. But Mario Odyssey only conceives of open levels where we collect its Moons on cosmic Easter egg hunts. These targets are common environmental features which means we can suddenly reorient ourselves in relation to them and gorge ourselves on whole baskets at a time. We can draw a line from the freedom and exuberance in the play to the world that is dancing in motion to its own beats. Some of the odder aspects of Mario have become normalised over time. However, Odyssey rejuvenates the series' off-the-wall creativity with walking Maoi statues and the power to turn into pure electricity. Mario, Bowser, and every other character feels hyped to dance at this bizarre planet-hopping party.

There is something about pixel art of real-world objects that gets my serotonin running, and I've not found a better gallery of it than Unpacking. Look at this game's measuring cups, stuffed ducks, and family photographs and tell me there's not abundant talent on display here. We slot these sprites together into a satisfying domestic jigsaw and can make unique decorating choices on a precise scale, allowing us to exert ownership over the homes in each level. With its organic interiors and soft surfaces, Unpacking is comfy and reassuring. It also manages to tell a shockingly fleshed-out three-act story, and our character's barriers to happiness drag it back from the brink of mawkishness.

2022 is in the fucking ground. Honourable mentions go to Anger Foot, Baba is You, Bugsnax, Eliza, Neo Cab, Opus Magnum, A Short Hike, Silicon Dreams, and Unravel. Thanks for reading.