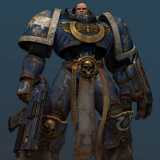 My Summer of Arcade

Well with summer now fully upon us and I am feeling the drought of big retail releases with my selection of titles, so I have decided to dive into the XBLA titles that I've always meant to play but just didn't feel the need.

With the release of the 3rd game, I decided to go back and start up this series, as it turned out I had already bought the first one but never actually played it past the first 15 mins. Very entertaining excited to get through to the next 2

looks neat and feels neat, also the dev has a game coming out where you play as a punk band and you can check your twitter feed as experience If I remeber correctly.

The one Brad constantly talks about(*edit* Shadow Complex) - 2d side scroller, lots of story, the name escapes me. Downloaded it long ago and never finished.

I'm sure there will be others but as of right now thats the list. I'd like to try and post some small reviews of these games as I finish them hopefully i'll be able to follow through