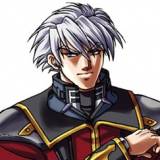 These are the greatest games of the decade in my view. How to define greatness? It's the combination of high quality and grand importance or significance. I'm not saying these games affected you; they affected me, and I'd argue they affected gaming itself. I'm doubling the list to make room for unobvious choices I feel strongly about but that don't reasonably deserve to crack a top-10. This list also expresses my particular bias for games based around fictional ideas and characters -- I mean no offense by neglecting certain genres that may affect you more than they affect me, but to me the most moving games are ones with characters in them.

This is the decade in games in which the balance of power switched from the East to the West. The Japan-dominated '90s gave way to Western-developed games this decade, specifically starting in 2001 with the back-to-back releases of Grand Theft Auto III and Halo: Combat Evolved; BioWare's work in the role-playing genre with Star Wars: Knights of the Old Republic also substantially contributed.

This was a rough decade in many ways, but for game players it was fantastic so long as they kept playing.