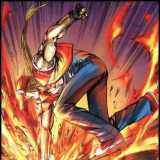 If this is not it il feel like a fool.

Pretty much for the quest

Well, as the title says im pretty much doing this to complete the quest, but while im here might aswell talk about something.
Ive been recently playing Final fantasy XIII and i gotta say, the game is pretty bad.... until you get like 20 something hours into it, then the game gets great, i don't know maybe i won't get the next final fantasy i mean isn't it a little too much to ask from your audience to have to sit through all that to get to a great game? i mean just put that in the begining and there like i don't know the story could started slow but the combat been good since the begining, but instead both are slow and boring until pretty late into the game. so there is my first blog, just ramblings and whatnot. if you read this thanks for reading, i might start using it to say the things i do in WoW wich is what i play most i guess. see ya duders!

Blogs Created:
2 blogs
Most Commented blog:
Pretty much for the quest
Total Comments on blogs:
3 comments