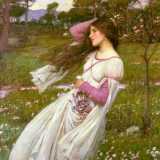 Invasion of the Polygon

This is an essay I've written as part of my English class. I don't think it's terribly interesting myself, but I know there are people who are into reading shit like this, so I figured I might as well post it here for them. (And, really, for me as well. They get to read something they enjoy, sure, but they might also find typos and/or grammatical errors that have eluded me, and perhaps even give me some tips -- win-win.)

Invasion of the Polygon

A single glance at a contemporary video game release schedule is enough to confirm it: the glory days of 2D are over. It’s all about 3D now, and has been for quite a while. It might seem a natural step. Video games are, after all, simulacra, and the ultimate goal of simulation is, and has always been, maximum believability – something that can only be achieved by going from 2D graphics to 3D graphics, from mono sound to stereo sound, from simple controls to more complex ones, et cetera. But what about the secondary goal? The, to the consumer, more important goal? That of maximum pleasure – of maximum “fun”, as it’s usually called? Is it necessary to move to the third dimension to achieve that? Have video game developers lost something meaningful – something valuable – by abandoning the realm of flat worlds populated by flat characters in favor of that oh-so-alluring third dimension? My answer to both questions is yes, and in this essay, which not only examines the cold, hard facts of the polygon’s rise to power, but also presents theories explaining why it happened and predicting what will happen, I shall explain why.

Let us begin by looking at the, to the subject matter, two absolutely most important events: the 1994 release of Sony’s first video game console, the PlayStation, and the 1996 release of Nintendo’s third video game console, the Nintendo 64. Polygons (the shapes 3D models are built of) had appeared on earlier consoles in such games as for example 1993’s Star Fox for the Super Nintendo Entertainment System, and had been around in PC games for roughly half a decade (with the 1991 action-platformer Another World being the very first game to be rendered entirely in polygons), but it wasn't until the PlayStation and the Nintendo 64 that 3D in video games become truly big – it wasn't until then, that is to say, that the titular invasion seriously began. Suddenly, everything was polygonal! Virtually all of the largest existing franchises (Nintendo’s Mario and The Legend of Zelda, Konami’s Castlevania and Metal Gear, Squaresoft’s Final Fantasy and so on) received 3D installments, and with few exceptions, all the new big games (WipEout, Resident Evil, Silent Hill et cetera) were in 3D, too. Sony’s American division even went so far as to reject many 2D games that developers wished to release for their console, as they believed it was an antiquated format that didn't properly show what their system was capable of. The occasional 2D game would slip by (like Castlevania: Symphony of the Night, a title that, despite Sony’s doubts, became one of the most – if not the most – beloved PlayStation games of all time), but 3D was undoubtedly the dominant species – polygonal games far outnumbered sprite-based ones (“sprite” being video game terminology for 2D image). The next “generation” of consoles (the PlayStation 2, the Nintendo GameCube and Microsoft’s Xbox) was no different. Only two genres stuck to sprites: fighting games and shoot ‘em ups (both mainly because of the nature of their development: the vast majority of fighting games and shoot ‘em ups are developed for arcades, and then ported – i.e. converted – to consoles, and in arcades, 2D is still alive and kicking). As on the PlayStation and the Nintendo 64, the occasional 2D game belonging to another genre would slip by, but even amongst those, many made at least some use of polygons.

When the next (and current) generation of console hardware (the PlayStation 3, the Nintendo Wii and the Xbox 360) arrived, however, the situation changed. The new consoles had two things the older ones didn't: lots of memory, and sophisticated online systems. This allowed for something unprecedented: digital video game releases. Whereas all games were previously released on cartridges or discs, many developers now took the opportunity to start releasing downloadable, purely digital versions of smaller games – games that were too insignificant to justify the production of hundreds of thousands of discs, plastic cases and instruction books, or developed by companies too poor to afford that sort of release (as Reggie Fils-Aime, the president of Nintendo of America, said: “Independent developers armed with small budgets and big ideas will be able to get their original games into the marketplace . . .”¹) – in new online shops such as the PlayStation Store, the Xbox Live Marketplace and Nintendo’s WiiWare. With this, 2D suddenly saw resurgence, becoming the format of choice for the rapidly growing indie scene, and even some big companies (take Keiji Inafune, former Global Head of Production at Capcom, one of the world’s largest video game companies, who commented: “ I think there is a certain sort of gameplay feeling to sidescrollers [i.e. 2D games where the screen scrolls to the side] you can't necessarily get in 3D games. I'm glad they've stuck around and I'm interested in creating some myself in the future” ²). It is not dominant – far from it, in fact – and probably never will be, but it’s there, and more prominent than it’s been at any point since the early nineties.

Why 3D Is The Future and Why 2D Isn't Obsolete Yet

That’s the whole history – the cold, hard facts. (Well, to be perfectly honest, it isn't the whole history: I barely mentioned PC games, and never mentioned games for handheld platforms such as the Game Boy. The reason for this is very simple: the PC market isn't nearly as large as the console one – take, as an example Call of Duty: Modern Warfare 2, the fastest-selling video game of all time: according to GamesIndustry, “ The PC version accounted for just three per cent of overall [UK] sales, compared to 57 per cent for the 360 and 40 per cent for the PlayStation 3”³ , this despite the fact that Modern Warfare 2 is a first-person shooter, currently one of the most popular genres on PC – the handheld market barely even matters when it comes to the history of video games, and, to top it off, the story of 2D and 3D in PC and handheld games is practically identical to the story of 2D and 3D in console games. The only difference is time. PCs are, and have always been, ahead of consoles in terms of raw horsepower, so there, 3D appeared and became dominant a couple of years earlier. Meanwhile, handhelds are, and have always been, behind consoles in terms of raw horsepower, so there, 3D appeared much later, and hasn't even reached the point of dominance yet.) Now, I will explain the two answers I gave in the essay’s very first paragraph, and in the process present my theories. As you might remember, the first question I answered was “Do we need to move to 3D to achieve maximum pleasure?”, and my answer was yes. The reason for this is that maximum pleasure can only be achieved by maximum sophistication: as many parts as possible interacting in ideal ways. The addition of an entire physical dimension (or rather, the illusion of an entire physical dimension – we must not forget that what we usually call 3D is, in reality, not 3D at all, as it is displayed on a flat screen, and has no actual Z-axis) obviously allows for an almost immeasurable amount of additional sophistication, and is, for that reason, absolutely vital if we wish for video games to progress.

The second question I answered was “Has something valuable been lost in the move to 3D?”, and my answer was yes there as well. These two answers might at first glance seem to clash – but not so! We have, you see, not yet reached a point at which 2D has been rendered obsolete. Allow me to explain: maximum sophistication (the prerequisite for maximum pleasure) is, as I mentioned, “as many parts as possible interacting in ideal ways” – this is key. Firstly, video games are much more than moving pictures: they also make use of sound, touch (through shaking controllers, something that first appeared for the Nintendo 64) and mechanics (the rules and functions that allow us to interact with the games, and dictate in what ways we may do so), so it is perfectly possible for a 2D game to, through good use of these features, be more sophisticated than the vast majority of 3D games (though it goes without saying that the most advanced 2D game imaginable is far less sophisticated than the most advanced 3D game imaginable). (The prime example of 2D out-sophisticating 3D is, of course, the Sid Meier’s Civilization series: every single Civilization, from the first – released in 1991 – to the fifth – released in 2010 – is played on a 2D plane, and yet, they are probably the most sophisticated video games ever created!) Secondly, the simpler a construction – the lower the number of parts it has – the easier it is to make its parts interact in ideal ways, and since 2D is, dimensionally speaking, far simpler than 3D, it is much easier to get things right when developing a 2D game than it is when developing a 3D one. We will, no doubt, eventually reach a point at which 3D games are sophisticated enough that 2D games become obsolete (and, after that, a point at which what we currently call 3D will be abandoned in favor of proper 3D: Star Trek-style holograms and The Matrix-style virtual realities), but I am confident it will take at the very least a decade (and most probably several), and as an aficionado of 2D animation and game design, I would very much like to see sprite-based games pushed to their limits in that time – an event that, at the moment, seems unlikely, which is why I, while I certainly believe the introduction of 3D to be, ultimately, a good thing, think of the abandonment of 2D as something to be mourned.

In summation: when the PlayStation and the Nintendo 64 were released, polygonal 3D quickly became the dominant video game format. On consoles, 2D games remained all but extinct until the appearance of online stores allowing small, cheap games to be released in downloadable form, when a 2D “renaissance”, if you will, took place. The history of sprite-based 2D and polygonal 3D on PCs and handheld platforms mirrors their history on consoles, with the difference that everything that happened on consoles happened earlier on PCs, and later on portable systems. Polygonal 3D is an important step towards the ultimate goals of maximum believability and maximum pleasure, but until it reaches a point where we start seeing 3D games whose sophistication (total sophistication, that is: graphics plus sound plus touch plus mechanics) exceeds what is even possible with sprite-based games, the 2D format is still one that is valuable, and should not be forgotten.