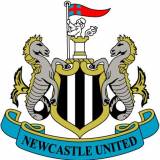 I'm enjoying the game so far. The hate for the game seems really weird and pretentious for the most part to me.

Personally I like the game better than Dishonered so far. I prefer the gritty, dark atmosphere/humour and the sense of loneliness.

Had some annoying bugs and I'm not really that into the story. But the game runs fine, no crashes or anything. I'll probably check out the other Thief games because of this game.

I don't think there is meant to be a particular order to lord souls. Gwyn and his buddies found the Lord soul and defeated the ever lasting dragon to begin the age of fire. I can't think of a reason any of them should be more important than the other because the opening cut scene shows they all had different roles to play like Gwyn stripping the scales off with his lightening bolts and Nito created a death cloud or something. So without one they couldn't of finished the dragons off. So I think from a lore perspective it doesn't really matter which lord soul boss as long as Gwyn is last because he was the leader and used it to link the fires.

If Dark souls were a movie it would be like Kill Bill. It doesn't really matter the order she killed the assassins as long as Bill was last.

I haven't got a smart phone or I'd probably try it out but how is this different from C25k plans? If it makes you run harder or faster I'd say that's a negative aspect of Zombie run not a positive.

Should of started smoking weed instead.

@random45: Hmm, I think Manus is a much harder boss fight if you don't use the pendant. Or maybe I just know Kalameets move set pretty well now after spending an hour to get his tail one time lol.

Glad you enjoyed the game though. Reading through your posts reminded me of playing the game for the first time and one of my friends first time. Just random moments of fuck this game and what the fuck. Then looking back and relaising how fun the game is.

Did you not find the silver pendant? It makes avoiding his dark magic about ten times easier.

Nope, never found it. I have no idea where it was, but fortunately I was able to beat him regardless.

Whenever you hit a road block you have to changed up your tactics and/or gear. Also with bonfires later in the game they start to hide the easy to reach bonfires, so you have to search a bit more to find them.

With Manus, the biggest issue was that I just couldn't dodge his dark magic that well. Another poster provided a useful Youtube video that showed his tells for each dark magic and how to avoid them, and after that I was able to do it a bit easier. Also, the Bed of Chaos boss fight is just poorly designed, I don't care what anyone says. If you have a boss that requires platforming, then have a reliable jump button damnit!

How much have you upgraded your armor? Since you've only put 40-ish hours in, I suspect you haven't done much grinding for souls/titanite to upgrade everything useful. That could help your survivability.

Heh, funny thing is that I NEVER upgraded my armor. Every time I tried, the armor I was wearing was seemingly unlisted, so I just skipped it. I hate farming, so that is why I didn't try too hard on this front. I still managed to beat the game regardless though - the final boss was a freaking joke. No wonder people wanted the DLC bosses to be harder.

Lost Izalith is probably the worst part of the game, but yeah, as others said, you may have missed a bonfire there. Also, the DLC/PttD area bosses are harder than the rest of the game, presumably since they were added later. Artorias is hard but if you summon help hes pretty easy. Manus becomes easier if you rescue baby Sif and summon him to help (his summon sign doesn't appear until past the fog, so don't look for it outside). Minor spoiler so I blocked it out, but its a useful tip. Also it changes the cutscene on one of the other bossfights, but I guess you have already done that one if you beat 4 kings.

I respectfully disagree - The Tomb of Giants was without a doubt, my least favorite part of the game. It's incredibly dark, a lot of the enemies there can't be taken down with magic, and the final boss had a crap ton of minions during his fight. Fortunately, I realized that running around Nito's arena would aggro all of the adds, so I just stayed in the spot where I dropped in at, and was able to only fight Nito with 2 other adds, which made the fight significantly easier. I also love the change of cutscene when you had to kill Sif! I really wish there was a way to spare him! Sif was so ridiculously easy as a boss though that I kind of felt bad - Manus pretty much made me stop fearing any other boss in the game because of how much more difficult he was.

I don't quite understand your posts. How did you know that the Sif cut scene had changed? I got the impression from your posts this was your first play through and you hadn't really been using the internet for help.

Has your opinion changed on the game much since your original post? It looks like you were finding it annoying because you were going through the DLC which was designed to be more difficult.

Anyway you should try a melee build, sorcery makes the bosses a bit boring in my opinion. Not sure on how different it is in terms of difficulty but the game just feels entirely designed in mind for the player to be using melee weapons.

Port was garbage, I think this is one of those console is actually the superior version.

Do you actually play at 60fps? I thought that mod was messed up with the engine and made the entire game run faster.

i suggest u buy it on consoles...pc's isn't namco thing, their pc releases are usually lame ports and lame controls, take the first dark souls for example many named it "worst port ever"

Eh, even though a shity port it's still better on PC. From also said they were going to put more effort into the DS2 PC version this time so I don't see any reason to go console unless you want to play with friends on a particular console.

Also how often do people run into hackers on PC? Because it happens pretty rare for me.

Anyway shity 3 day release lag in Europe so unless PC version is delayed more than a month I'll just wait.

Also have you seen A Beautiful Mind, and if you have are there any similarities?