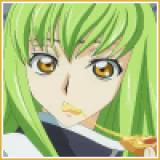 Yes that is right my DS Lite broke and I am not going to buy a new one with the 3DS fast approaching. So I have been thinking this is a good time to get a PSP since I own a  PS3 and most of my friends have a PSP. I have been looking at the Metalgearsolid bundle then I found something really good.
Kingdom Hearts Birth By Sleep Bundle
I am a huge Kingdom Hearts fan so this is perfect for me.
SO sometime later this year I will have a PSP :)

Okay I will do a E3 blog during the weekend but, for now I want to list my games I still need to beat.


I am so glad it is summer

There are some flaws though for one the save system is terrible
two the game has froze on me twice in one day and there were some noticeable gliches  could be because of the PS3version
now this is just me the story is kinda boring at the beginning and don't get me started on Mexico I want to skip the cutscenes so bad.
I ordered a bunch of games off Amazon I am waiting for
Darksiders
Uncharted 1
Assassin Creed 2
and Infamous to come in the mail

Today is my birthday thinking about Red Dead Redemption

Yep it is my birthday
I weent to go see Prince of Persia it was awesome.
I am seriously thinking about just buying Red Dead Redemption for 48 dollars on Amazon but I may not be able to get a mic what do you guys think.

I got a new 120gb ps3 the other day It is way smaller than I thought it was going to be !. I am ordering a mic and Infamous this week.
I have been playing Street Fighter IV online lately and I find myself getting frustrated when I lose :( so I am going to wait a little later until I get Super Street Fighter.

So I wen to my local gamestop and played a good hour or so on the demo.

Cody- this guy is so easy to use and setup combos. My friend who never played street fighter in his life was pulling off specials and combos :O
Juri-could be the new ken her pinwheel thingy is can be spammed to death , similar to c.viper imo,  which means I will play the heck out of her
Ryu- is still ryu except for his srk
Ibuki- can go die in a fire nuff said
Dudley- very nice combos
Guy- I found myself pulling off alot of his moves in just 5 minutes, he has a good mixup game and his lp,mp,hp,special is easy to pull off.
expect to get pwned by me in the near future

My love hate relationship with the PS3 :((( Epic Bear Rant

Now I bought a PS3 in 2007 hoping it will be all kinds of awesome and it was.I been through a lot with my PS3 like thunderstorms, drops, and even dog piss.
I bought one  because I wanted a reliable system not that  heat box 360 [note don't flame me it was a joke].
So about two months ago I turn it on to play GOW Collection. and guess what..... it wouldn't come on :( I got the ylod which I thought would never happen to me.
So I called Sony to find out how much for a fix......They told me that since i didn't have a warranty it would cost me $179 dollars which is more than half of what a New PS3 cost now wtf...The worst part is that they will replace it with a whole different PS3. So I am going to buy a slim instead in May and just have 2 PS3s.
But thanks to this I have been playing my Wii alot more :)

What will I buy in May hmm..WARNING CRAZY GOAT

First my birthday is in May so that is sweet :)
Now as you all know Nintendo is putting out some big hits this summer cough Metroid other M cough... so without further a due here is my list of games I will buy in may and onward


Wow I need a job :(
O and beware there is a crazy goat roaming the forums
6 Comments

Yo I am better than you all

Sorry about my previous blog now back to the blog


K-ON season 2 is airing this month which is awesome.I love the songs what can I say


Next is Super Street Fighter IV I played the heck out of the first one I gotten alot better over the past months
I am looking forward to this game but, I can't play it due to PS3 being broken and that won't be fixed until mid may :(((
But feel free to send me friend request my PSN is  BLACKHAWK2914

Finally don't comment if your going be negative to my blogs thank you :)

Who are you going to main in SUPER STREET FIGHTER IV?
What is your favorite color?
What game are you looking forward to the most
4 Comments