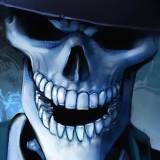 First all, Sony didn't disapointed and I enjoy it. They presented a good amout of games to look foward. Some of the show was talking about the Move and how it works, and I was kinda intrigue by it, along side this new game that supports the motion controller, Sorcery. Other game that made me curious is Heroes on the Move, a Move crossover game between Jak & Daxter, Ratchet & Clank and Sly Cooper (crazy I tell you). The 3D factor was also mention. but to me... not really into it. Then presenting new games to be release and the exclusive content for it.
Games to look foward: God of War: Ghost of Sparta, Kingdom Hearts: Birth by Sleep and Valkyria Chronicles 2 for the PSP, awesome; for the PS3, Gran Turismo 5, lets hope and pray that isn't delayed, Medal of Honor look ok for now, and inFamous 2, now with ice powers, I think.
Other stuff worth mentioning: FF XIV - need gameplay videos
Killzone 3 - now with jetpacks
Dead Space 2 - looks nice
Portal 2 - will we get cake this time?
Assassin's Creed Brotherhood
Little Big Planet 2
Twisted Metal - David Jaffe was on stage, nuff said
No mention on Resistance 3 - bummer -_-

Also, Jack Tretton mocks the Microsoft's Cirque du Soleil in the begining of the show... gotta love this guy. And we got our share of Kevin Butler... GAMING, my friend, GAMING; is all about games. XD